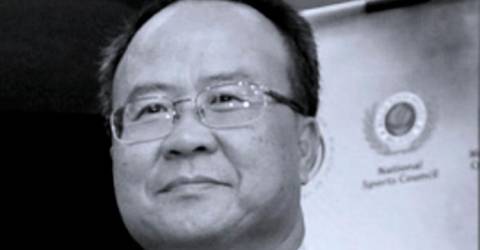 KUALA LUMPUR: The country’s sporting arena today was shocked by the passing of Datuk Seri Zolkples Embong(Photo), a respected and revered sports analyst of caliber.

Zolkples, 62, a former chief executive of the National Sports Council (NSC), died this morning at his residence in Pandan Indah.

Born March 1, 1959 in Dungun, Terengganu, his contribution to sport began in 1982 when he was responsible for sports at the Ministry of Youth and Sports (KBS).

The holder of a master’s degree in social and human sciences from Universiti Kebangsaan Malaysia (UKM) was subsequently appointed deputy director of the development program of the NSC from 1987 to 1992.

Zolkples was subsequently appointed director of the management program of the NSC, a position he held for 13 years until 2005.

During his seven years as General Manager of the NSC, his love for the sport continued to blossom and this was proven when he took on the responsibility of being the Malaysian Chef de Mission at the 2010 Asian Games. in Guangzhou, China.

Following this success, Zolkples, who was also deeply interested in the development of Paralympic sports, was appointed Malaysian Chef de Mission for the London 2012 Paralympic Games, which marked the start of the national team’s glorious episode in this day.

After more than 30 years with KBS and NSC, Zolkples officially stepped down as General Manager in December 2014 and was appointed General Manager of the 2017 SEA Games Kuala Lumpur.

After his contract with NSC expired, Zolkples’ sports management services and expertise continued to be sought after and he was appointed Terengganu’s sports advisor in December 2014.

Through his love and deep interest in the sport, Zolkples, who never married, continued to work to raise the profile of national sports by sharing his perspectives and experiences to progress and succeed in the sport.

His vast knowledge and experience has also elevated him to the rank of authoritative sports analysts and critics, becoming the figure of choice and a place where local journalists seek insightful information and perspectives.

Zolkples’ contribution to the field of sport was recognized when he received the Sports Management Award at the 2012 National Sports Industry Awards ceremony.

His body was bathed at the Seri Petaling Mosque here and is expected to be buried in Kampung Sura, Dungun, today. –Bernama

Candidate for the Austintown School Board: Don Sherwood