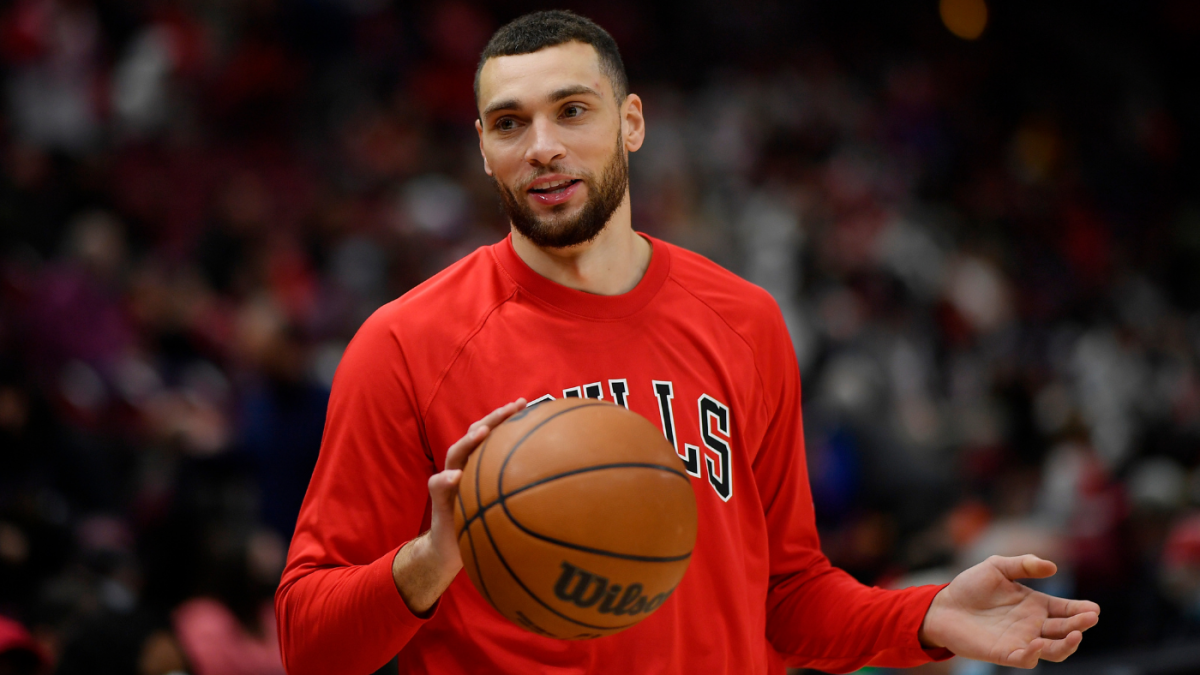 A season that started with so much promise for Zach LaVine and the Chicago Bulls ultimately ended disappointingly with a weak first-round outing against the Milwaukee Bucks. Now both sides must decide how to approach the future and deal with a pivotal offseason.

LaVine is an unrestricted free agent this summer, but despite Chicago being able to pay him the most money — $212 million over five years — he’s not a lock to return to the Bulls, according to NBC Sports. Chicago. Reporting from the NBA Draft Combine, KC Johnson noted that LaVine has been linked to at least four other teams: the Los Angeles Lakers, Portland Trail Blazers, Atlanta Hawks and Dallas Mavericks.

The Bulls made some major moves last offseason to improve the team around LaVine, adding DeMar DeRozan, Lonzo Ball and Alex Caruso. Losing LaVine a year later wouldn’t be ideal, and Bulls president Michael Reinsdorf said the team was willing to pay the luxury tax to keep this group together. But making a public statement for good PR and actually offering a full max offer are two different things, especially for a franchise that has at times been notoriously cheap.

LaVine, for his part, made it clear that he wanted the maximum deal and showed no commitment when asked about his future last month:

“I’ve been here five years and really enjoyed my time,” LaVine said. “I think the city – and I hope everyone – understands how much I care about the Bulls and what I’ve done for the city. I approach everything with an open mind, but I understand that my time here has been great. We’ll see what the future holds.”

As for the financial aspect of this situation, it should be noted that of the other teams LaVine has been linked to, the Blazers are the only one with enough cap space to offer a maximum deal. LaVine hails from the Pacific Northwest, and this isn’t the first time a potential homecoming has been mentioned.

“Let me say that as I spoke to league executives, when they saw what LaVine said [about going into free agency with an open mind] and what they see the Blazers can do, that scenario came up,” Brian Windhorst said on an episode of “The Hoop Collective” earlier this month.

That doesn’t mean he’ll definitely go to the Blazers, nor that the other teams mentioned are ruled out. Signings and trades are more popular than ever, and if the past few seasons have taught us anything, it’s that teams can be wildly creative when needed. Of course, if the Bulls offer the maximum offer, LaVine could stay put.

Regardless, it will be interesting to watch LaVine’s situation this summer. The two-time All-Star is one of the big players in the market and will demand a lot of attention.