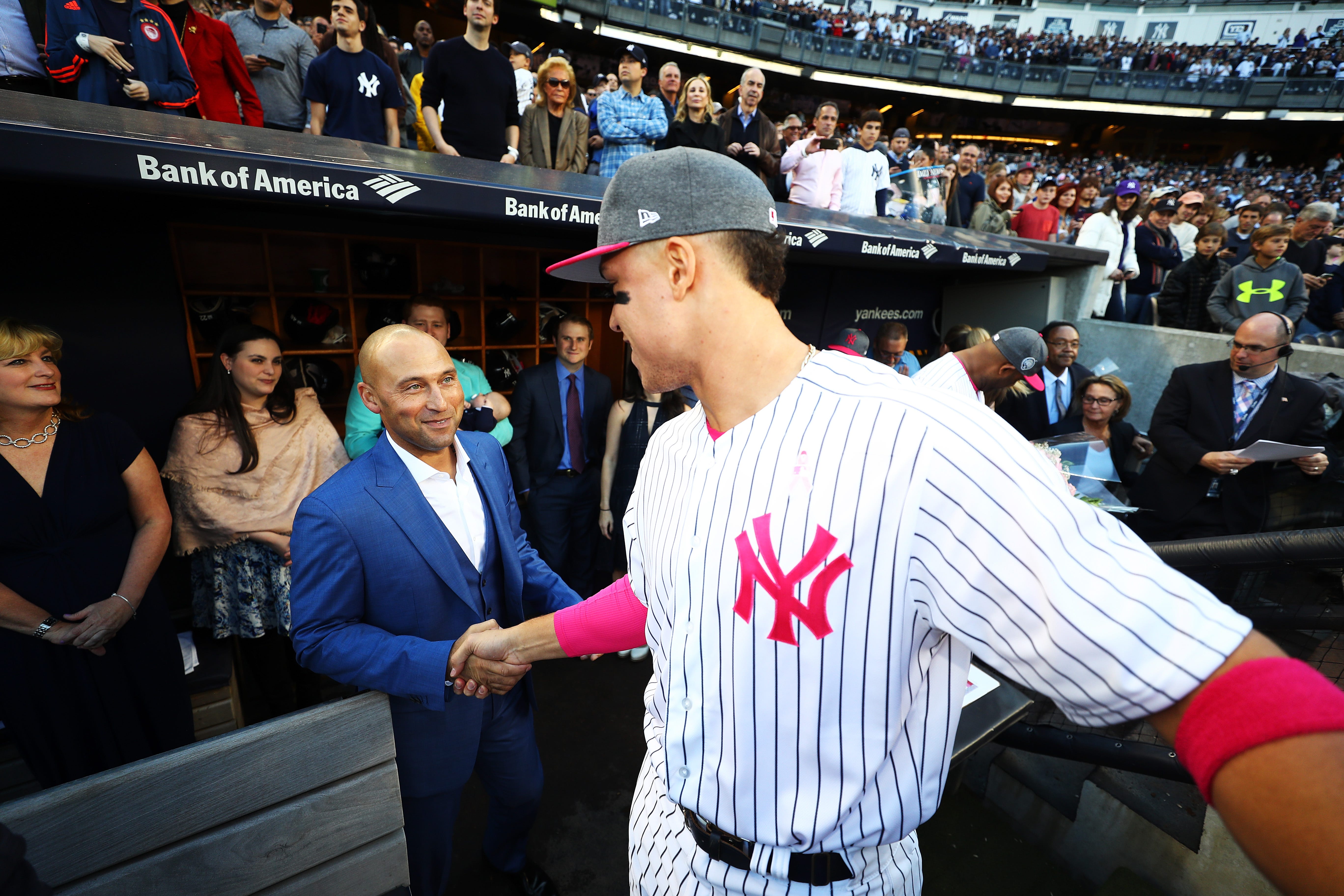 No one has been named Yankees captain since Derek Jeter hung up his boots after the 2014 season.

The obvious candidate for a possible successor was watching from the Yankees dugout when Jeter was honored Friday night for his Hall of Fame induction. Aaron Judge, who recorded two more hits in an MVP-caliber season, looks like a good bet to be team captain if he returns to New York this offseason.

Does Jeter think Judge is a worthy successor?

“I got to know Aaron quite a bit over the last, I would say, three months,” Jeter said. “I don’t know him well, and I think to be fair in answering that question, I think you’ll find out by talking to his teammates.

“I watch from afar. He is a very impressive individual. Just talking to him, he is impressive. I think to get a fair assessment of that, just talk to your teammates.

His teammates have had nothing but rave reviews for Judge, and Jeter has heard of him as well, so it’s safe to say that Jeter thinks the Yankee slugger is a good fit to take on the illustrious label.

“Everyone is talking about him with enthusiasm,” Jeter said. “So I think that answers your question.”