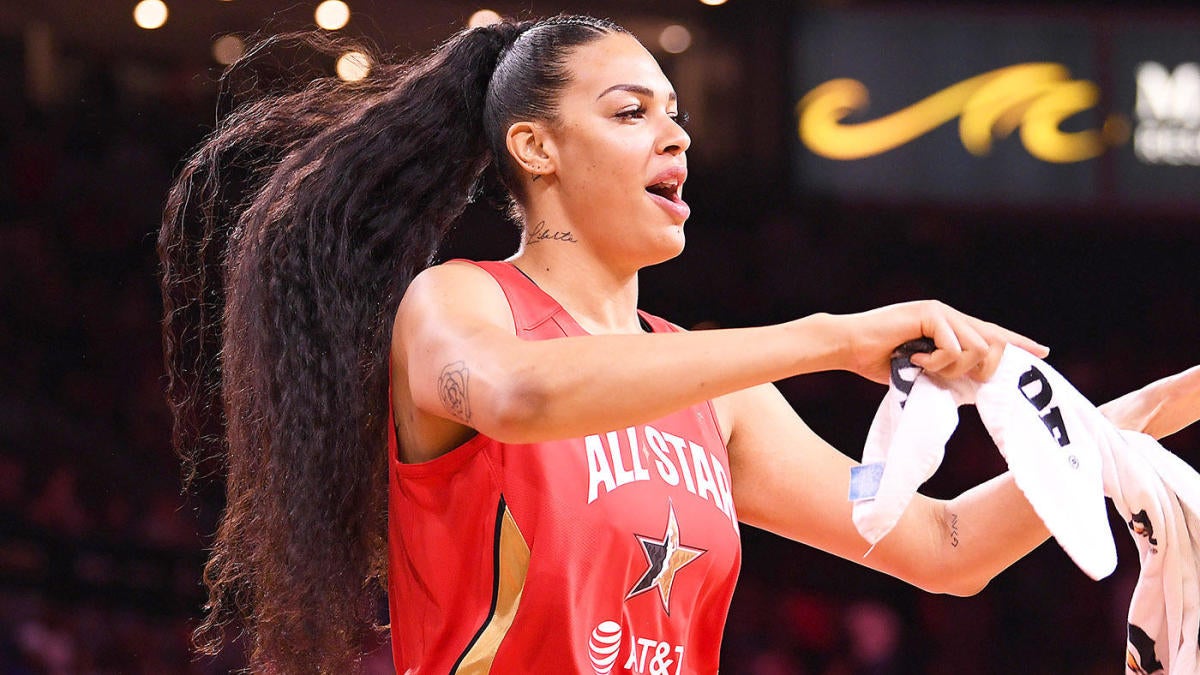 When free agency opened for business earlier this month, it didn’t take long for suitors to act. The Connecticut Sun re-signed defending MVP Jonquel Jones; the Minnesota Lynx picked up Sylvia Fowles for one final season and added Angel McCoughtry; the Las Vegas Aces secured the signing of A’ja Wilson; the Seattle Storm fired all three of their big stars.

One team absent from the action was the Los Angeles Sparks. After back-to-back trips to the Finals in 2016 and 2017, the Sparks slowly faded from those ranks. So much so that last season, after the departures of Candace Parker and Chelsea Gray, they missed the playoffs for the first time in a decade, and only the fifth time in franchise history. And with their first-round pick due to the Dallas Wings via a previous trade, there’s no help coming to the lottery.

That made free agency and this offseason vital to the Sparks’ chances of getting back into the playoff bracket, and maybe even doing more than that. So when they were quiet for the first few days, it was a bit confusing. They have since come alive, however, with a number of upside moves that can help them both now and in the future, but also come with risks.

Late Saturday night, ESPN’s Ramona Shelburne reported that Liz Cambage had made a verbal commitment to the Sparks. Details of the contract – money and length – are still unclear, but it looks like Cambage, one of the most talented players in free agency this winter, is on her way to Los Angeles.

The Sparks were one of Cambage’s favorite trade destinations in 2019, so this move doesn’t come as a huge surprise. That was no guarantee, however, especially after Cambage’s comments earlier in free agency criticizing the WNBA’s compensation structure and travel accommodations led some to question whether she would make it through the season. Finally, she decided to play. The questions now are how does she help the Sparks and can they get the most out of her?

With her size and talent, Cambage is capable of being one of the most dominant players in the world. She still holds the WNBA record for points in a game with 53, won the scoring title in 2018 and was an All-Star in four of her five seasons in the league. There’s no doubt she’ll be a huge boost for a Sparks offense that finished last in the league in 2021 (92.3 offensive rating) and has just one double-digit scorer (Nneka Ogwumike).

In particular, it will give them a much-needed paint presence. While there are all sorts of reasons for the Sparks’ struggles on offense, perhaps the most important is that they simply didn’t create enough easy field goals. They were 10th in the league in points in the paint (30.9 per game) and 10th in the league in field goal percentage (56.4) within five feet. Cambage can solve these problems by itself. She shoots 65.2% from inside that distance and causes match nightmares for opponents, who have to decide between a lag into the post or sending in a double team.

Cambage brings such a level of talent and production that she will improve the Sparks, but to what extent remains to be seen. Her frequent (valid) denunciations of how the league works and her personal struggles with mental health make it seem like she was never really comfortable in the WNBA. At this point, it’s worth noting that this is the first time in her career that she’s been an unrestricted free agent and pick and choose where she wants to play.

There is always a slight risk when you add a player who has rebounded in the league and has always been unhappy. At the same time, if Cambage is back to his best, there’s a chance that will end up being the best addition a team has made this offseason.

Getting a Cambage deal wasn’t the only high-profile decision the Sparks made this winter. They also completed a blockbuster trade with the Atlanta Dream, sending Erica Wheeler, a 2022 second-round pick and a 2023 first-round pick in exchange for Chennedy Carter and the rights to Li Yueru.

Carter, the No. 4 overall pick in the 2020 WNBA Draft, had a great rookie season in the bubble. Although an ankle injury limited her to 16 games, she averaged 17.4 points and 3.4 assists on 47.3% shooting from the field and 37.5% from wide range. 3 points, ratings that earned him a spot on the All-Rookie team.

His second season couldn’t have been worse. Carter shot 11.1 percent from 3-point field, was involved in an altercation off the bench in a loss to the Las Vegas Aces on July 4, and was eventually suspended for the remainder of the season. season due to conduct detrimental to the team. New head coach Tanisha Wright and new general manager Dan Padover, who were hired earlier this winter, have decided Carter isn’t a part of their future.

It’s easy to see the appeal of the Sparks. Carter is a more talented player with a much higher ceiling than Wheeler and is also seven years younger. While his 3-point shooting may not be as good as he was in his rookie season, it’s not as bad as last season. More importantly, she is lightning fast, allowing her to get into the paint at will. Her decision-making will need to improve, but she’s already an elite finisher for someone her size. Her ability to break down defense and get easy field goals for herself and her teammates will make the Sparks a more dangerous team.

But, just like the Cambage case, there is a bit of risk involved. Being sent home for the season for conduct detrimental to the team is never a good sign, and organizations — even ones as dysfunctional as the Dream — don’t part ways with young players as talented as Carter for no reason. She has the talent to be the Sparks point guard of the future, but time will tell if she can get back on track in Los Angeles.

Trade for Katie Lou Samuelson and signing of Jordin Canada

The Sparks also made a few other moves, including trading Gabby Williams to the Seattle Storm for Katie Lou Samuelson and a 2022 first-round pick, and signing free agent guard Jordin Canada. Neither has as many advantages as the Cambage and Carter additions, but they also come with little risk.

Trading Williams (who never played for the Sparks) for Samuelson is a clear sign of the Sparks’ desire to improve their offense. Samuelson is coming off the best season of his young career, and while his numbers aren’t mind-blowing — seven points and 3.5 rebounds per game on 35.7 percent from 3-point field — he’s a great wing who can play in several positions. and space the floor around Cambage and Carter.

Canada also comes from the Storm and is by far the Sparks’ most defensive addition. In fact, she really isn’t a scoring threat at all. What she can do is come off the bench to lead the second unit and play extremely strong defensively. In 2019, she made the All-Defensive First Team and led the league in steals at 2.3 per game. She should fit right in with a Sparks team that finished with the third best defensive rating (97.5) last season.

There is no doubt that the Sparks are more talented than they were a few weeks ago. They added an All-WNBA-caliber center, a young point guard with huge potential and two solid role players. At the very least, they should have a much more dynamic offense and get back into the playoff bracket.

Beyond that, we’ll see. If Nneka Ogwumike and Kristi Toliver stay healthy and Cambage and Carter live up to expectations, this could be a pretty dangerous team. But there are no guarantees on any of those fronts, and they have made sacrifices defensively. Additionally, there are a number of contenders who are going all out this season who will be hard to top.

One thing is certain, though: The Sparks will be a must-watch on TV this season.