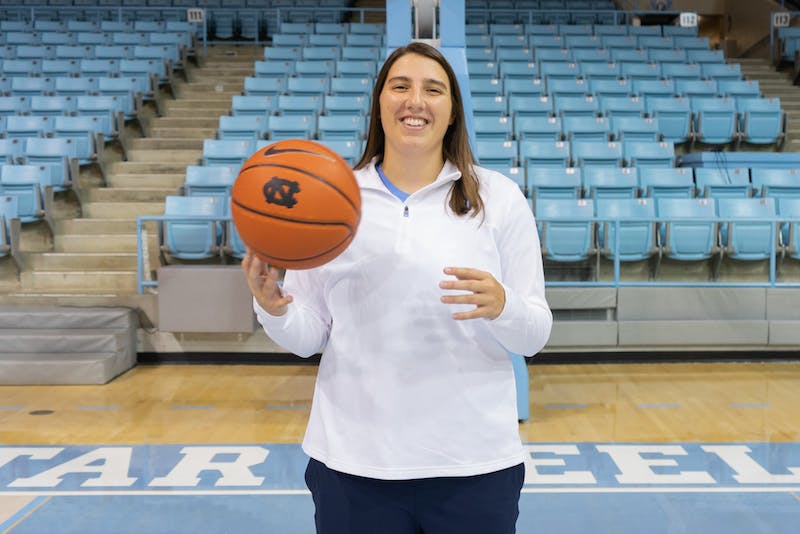 Prior to the start of his senior season in 2019, Roberts received a scholarship from head coach Courtney Banghart. She became a graduate assistant coach for the Tar Heels last season.

“I got to see the power that athletics has to change people’s lives and how mine has changed because I was on the sidelines supporting the players,” said Roberts. and it really inspired my desire to stay in varsity athletics. “

Roberts was promoted to director of recruiting and student-athlete engagement management last month. She said the decision to take on the job was an easy one.

“I’m from Chapel Hill and love this place,” said Roberts. “So when the opportunity presented itself it was obvious.”

Banghart first announced Roberts’ promotion on August 23, saying she was thrilled to see Roberts blossom as the leader of the women’s basketball program.

“Engaging a former Tar Heel in a role where she can share her love for this place and this program was the perfect fit,” Banghart said. “As a Graduate Assistant last year, Liz has helped in all facets of this program. She has proven to be brilliant, organized, innovative and passionate in taking this program to new heights.

Serving as a graduate assistant coach has prepared Roberts for the responsibilities of his new role. The transition from being an athlete on the team to working in the office exposed Roberts to various aspects of the program, including managing the film and assisting Meghin Williams-Banx, the team’s director of operations.

“Working in many different roles over the past year, I was able to find a place to do all the tasks the team needed, which was similar to my job as a backup,” said Roberts. “Gaining real work experience in the office has prepared me for the full-time position, and I have extensive knowledge of the program ranging from team athlete to staff member. “

Senior Redshirt striker Jaelynn Murray, who played with Roberts, said she looks forward to seeing what the future holds for Roberts in her new role.

“Liz has been recruiting her entire life so I know she will be able to bring great and talented people to the program,” said Murray. “Liz is a positive light in the program. Everyone on the coaching staff has a positive energy flowing through practice, and Liz only adds to that. “

Along with her new full-time position, Roberts is a second year student in the UNC Masters of Sports Administration program. Last year, Roberts took 10 athletic administration classes, participated in athletic events, and taught sections of lifelong fitness classes. Many classmates she has lived with in the cohort serve as a source of encouragement.

As she takes on a new leadership role, Roberts is also working on a thesis that relates directly to her experience at UNC.

“I’m studying an analysis of the NCAA women’s basketball tournament experience and trying to see if that’s a predictor of success,” she said. “I love the subject and I live it every day. It doesn’t disrupt my job, it just adds more knowledge to the foundation that I acquire with this full time role.