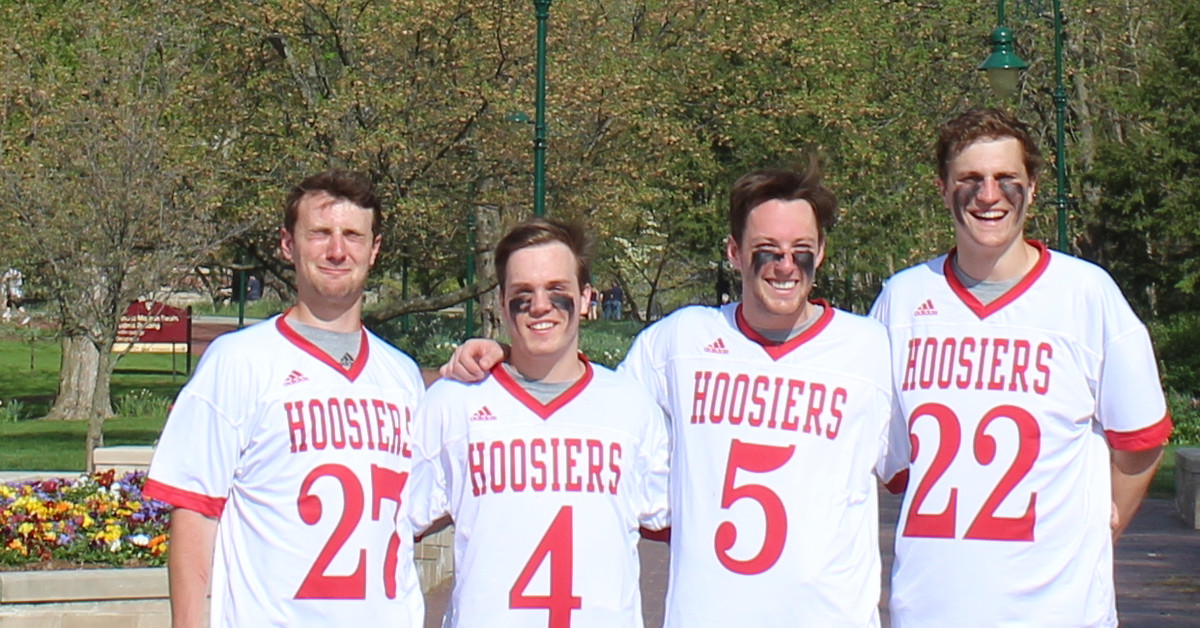 For anyone who missed it yesterday, the Indiana Daily Student ran a bombshell story about Indiana University volleyball head coach Steve Aird and the toxic culture that would have instilled in the program. You must read it.

The story and the resulting publicity should put some pressure on the Indiana administration to act, which it apparently avoided for some reason. The university launched an investigation in December 2021 and closed it in January 2022 before any of the players were interviewed, according to IDS, concluding that Aird had not breached the terms of his contract.

That something like this could still happen in May 2022 is disheartening, but not completely surprising. Indiana has faced similar issues before with Kevin Wilson, but between Naomi Osaka’s hiatus from the top ranks of competitive tennis and Simone Biles’ decision to step away from the Olympics for mental health reasons, the mental health side of sports and athletes has come nationally. at the forefront since Wilson’s dismissal in 2016.

I played a club sport while I was in Indiana, and I was pretty mediocre. My coach, Peter Nelson, wasn’t welcomed into town with a big contract as the savior of the program like Aird was a few years ago.

We trained in the John Mellencamp Pavilion alongside varsity athletes, but Club Sports was always just a phone call away to let us know how tenuous our access to sports facilities was.

The parallels between my experience and that of a college athlete are certainly limited, but I think Aird, Wilson and coaches who have exhibited similar behavior could learn from how Indiana Lacrosse has dealt with the mental health of its players under the direction of Coach Nelson.

Like many college athletes and students in general, I first started having mental health issues when I was in college. I started seeking treatment for recurring panic attacks when I was a sophomore in Indiana in 2015, but given how hit and miss mental health treatment can be, I never really got the hang of it. this until last year.

Luckily for me, the lacrosse team’s mental health culture was already fantastic. One of my teammates, David Haggerty, was working with a mental health research group at the same time. So we partnered with them for an annual “Stick it to Stigma” game aimed at overcoming the idea that athletes are tough, stoic, physical beings.

For the game, we got special green uniforms – the official color of mental health awareness – and recorded a video as a team talking about our own experiences with mental illness. The sponsoring organization, BringChangeToMind, even sent people to record the game and stream it on YouTube. We did everything we could as a club sport to put this issue in the spotlight.

Despite these team efforts, I personally couldn’t bring myself to “stick to the stigma.” I planned to speak in the video and then let the moment come and go as my teammates and friends shared their stories. I did a lot to put some space between these abstract discussions of “mental health” in general and the fact that I still had regular panic attacks.

My senior year though, I got to the point where I couldn’t hide it anymore. Driving to practice or home games could trigger a panic attack, as could high-pressure exercise and conditioning in our workouts. Things weren’t going in the right direction for me.

Due to the aforementioned team culture and involvement in mental health initiatives, I wasn’t necessarily nervous about approaching Coach Nelson. However, I wasn’t sure how to explain myself if he had any questions about it. Mental health issues were completely new to me and I didn’t have the vocabulary to describe what was happening to me.

This fear was unfounded. There were no further questions and I was told to do my best given my limitations; essentially exactly what one would expect to hear in response to physical injury in sports.

Aside from the instant relief of being able to take time off from drills if needed, Coach Nelson assured me that my place in the roster was not in jeopardy. As I said before, I was not necessarily Well in lacrosse, so it meant a lot to me to have gained regular playing time in my senior year. The fact that I didn’t have to choose between that playing time and my own well-being was instrumental in my success as an athlete and a person.

Of course, it also took a lot of support from my teammates. My roommates didn’t think to take over the driving duties for me if I wasn’t having a good day and never hurt me about the fact that I struggled with these basic duties.

Even years after graduation, once I finally got my sanity under control, one of them offered to drive us to Bloomington from Chicago for our team meeting, just to make sure that I would not have to suffer during the journey.

All this to say that Indiana’s volleyball culture doesn’t have to be what it pretends to be.

Sports programs do not need to operate on fear and internal competition to be successful. Under the guidance of Coach Nelson, Indiana Lacrosse reached the MCLA National Championship for the first time in program history in 2014 and then again in 2018. As IDS observed in the yesterday’s article, the volleyball program is moving in the opposite direction.

I wanted to write this because while there has been more and more talk about athletes having mental health issues, I haven’t seen much of what it means to support a athlete through these issues. Maybe, for once, college sports can emulate club sports.

And if you see Pete Nelson in Bloomington, buy him a beer for me.