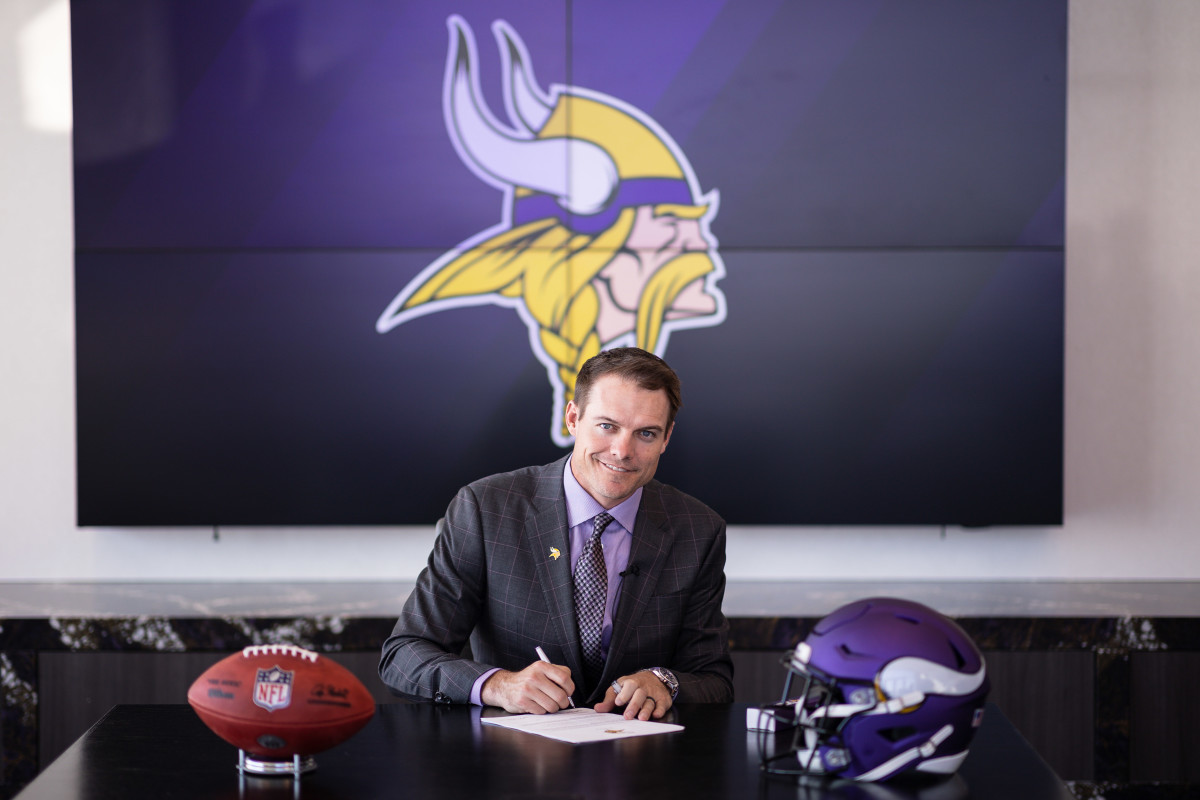 The 2022 Vikings coaching staff is officially complete. The team announced the hiring of six other coaches Tuesday, as well as retaining several elements of Mike Zimmer’s 2021 staff.

Here are the new additions:

We already knew Manuskya veteran coach with 12 years of experience as an NFL defensive coordinator and former special teams ace who spent three years playing for the Vikings in the early 1990s.

The person whose title and background stand out the most in this third wave of official hires is Cordell. He has experience in both the front office and on the coaching side with the 49ers and Browns, and he’s overlapped Vikings general manager Kwesi Adofo-Mensah in both places. The second part of Cordell’s title – game management coordinator – is very intriguing.

Here’s what head coach Kevin O’Connell said to beat the writers at the Indianapolis Combine on the importance of this role:

“One of our critical points of football philosophy, we really have a few, but one of them is to be masters of the situation, and that’s a term you throw out there. , what does that mean? It’s a holistic approach to how you deal with situations in games, and it’s a year-round thing. It’s springtime. We’re constantly going to be watching this. what we would do in certain situations, have plans for the situations that come up and then you practice them and not only teach your offense but you teach defensively, how you’re going to defend that exact situation.”

Cordell will help both in the offseason and during the week to prepare for how players and coaches will handle certain situations. Along with assistant coach Mike Pettine, he’ll likely be in touch with O’Connell during games as big decisions come up – things like whether to call a timeout or challenge a game, if you have to go there on the fourth try or how to manage a situation of end of clock, for example.

O’Connell also spoke about the importance of being smart and efficient late in the first half and early in the second, which was a big deal for the Vikings last season.

Steve Donatell is the son of Vikings defensive coordinator Ed Donatell. He played linebacker at Wake Forest and was most recently a coach at Stanford.

Thanks for reading. Be sure to bookmark this site and check back daily for the latest Vikings news and analysis throughout the offseason. Too, follow me on twitter and feel free to ask me any questions about it.