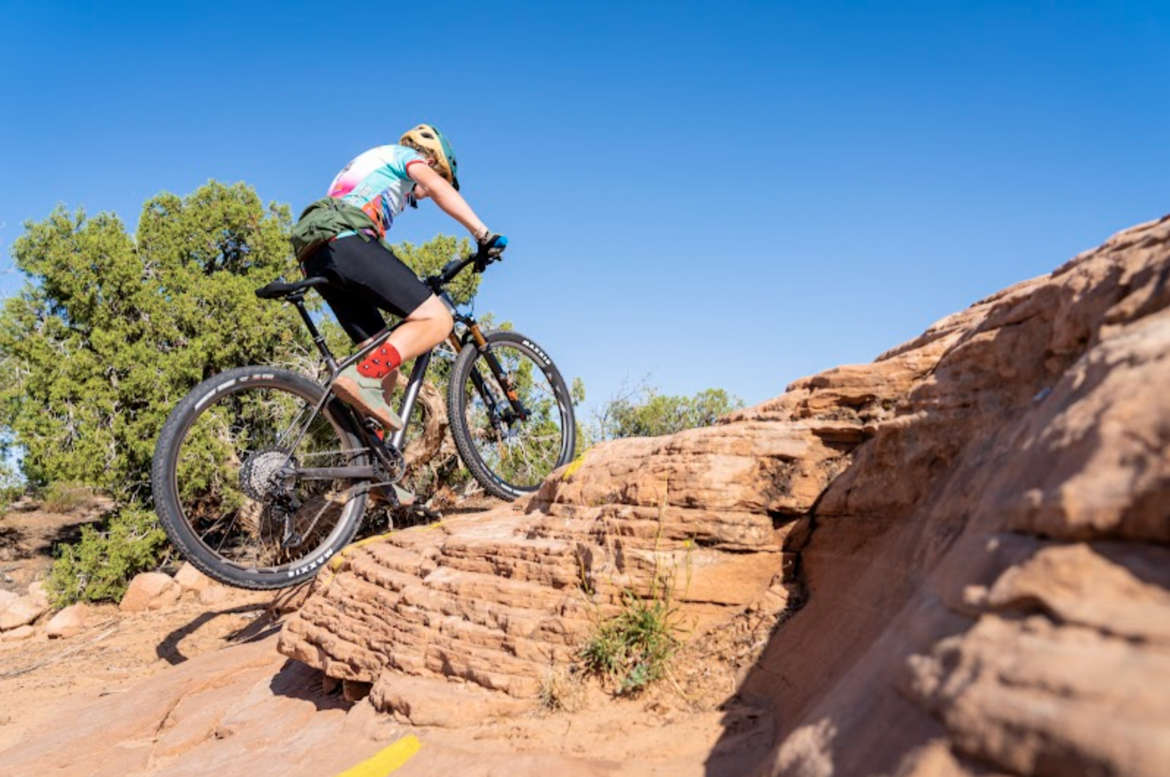 These bikes are lightweight, affordable and designed for HS mountain bike athletes

Jason Halverson had worked in the bike industry for years before his daughter started mountain biking in high school. Given NICA course design rules and the fact that many kids were racing on bikes that weren’t ideal for course conditions, Halverson recognized an open space for a brand and an idea he had. long maintained.

“It seemed like a lot of kids either didn’t know the bike they needed or didn’t have the resources to get a competition bike,” Halverson said. Students often raced on a parent’s used bike, heavy with clunky gears, or their one full-suspension fat bike that they use for everything.

Many brands tell consumers they created the bikes owners wanted to ride, but for Halverson, Jibe Cycleworks started as a brand for student-athletes in a sport that was still expensive and grew by leaps and bounds. Today they have one frame, a lightweight carbon hardtail, offered in four different build options.

Jibe was officially launched in 2022, but Halverson has been growing the brand since 2019, sourcing executives from Asia. The first bikes arrived in 2020 and were sold at a local store in Salt Lake City that Halverson had a relationship with. The frames use an open mold design, but like other companies that use open molds, Jibe can adjust aspects of the design like the carbon layer or where the cables are routed.

His vision for the bike was to be competitive with other carbon hardtails on the market that have modern XC racing geometry, Boost axle spacing and great components. Flattened seatstays give the frame better compliance and ride quality, and a wide bottom bracket and head tube give it increased stiffness against torsional pedaling. A medium frame weighs 2.5 lbs and comes with a seven-year warranty.

The geometry is a mix of classic XC metrics, like a shorter wheelbase, lower stack height and steeper head tube angle, with a slightly longer reach. The bikes are suitable for everyone from 4’10” to 6’6″.

As a former product manager for GT Bikes and Cannondale, Halverson knew what kinds of components he wanted on the bikes. The bikes are mostly fitted with parts from RockShox, Fox, Shimano and Maxxis. Even if athletes do not really know the world of mountain biking, they will be able to identify certain brands on a Jibe.

“We just wanted to give them a full set of something that if they did a little research they would be sure it’s pretty well-known stuff.”

During Halverson’s tenure in the bike industry, he owned Staats BMX bikes for eight years, worked for GT and Cannondale for four years, and worked for Shimano for four years. When GT and Cannondale merged, Halverson took on the role of BMX Product Manager, designing BMX frames, working on the mountain bike line, and managing parts specs on 30-40 bikes a year. In 2014, he went to work for Shimano as an OEM Sales Manager managing Yeti, Pivot, Santa Cruz and Ibis accounts, learning the ins and outs of component sourcing. One of his biggest takeaways as a product manager was not to pick pieces he liked, but to stay in tune with market demand.

“You have to be really disciplined not to watch what I like, but what the market likes.”

Jibe’s brand image was just as important, Halverson explained, and the decision was even less about him. Ultimately, Jibe’s image isn’t one he would have chosen himself, but something that seems to resonate with high school mountain bikers so far. The colors, lettering and badges are cool and subtle and he says the kids are loving it so far. The bikes are available in a light gray with small fluorescent yellow accents or in a dark gray color with discreet gray lettering. Neutral colors are easily accessorized with school colors and shouldn’t clash with a team kit.

Now that the hardtail is dialed in, Jibe is selling a few bikes a week, a good pace for a new business. Next, they plan to release a fat bike for winter conditioning. There are plenty of maintained trails around Salt Lake City and Park City, Halverson said. They are also working on a full-suspension model, which could be for XC racing or an all-around trail bike, and Jibe plans to release a gravel bike as well.

He sees Jibe evolving with his runners. Maybe they start with the hardtail and decide after a while that they also want a full suspension bike or a gravel bike. When someone purchases a Jibe they are encouraged to send in pictures or results. Halverson said he continually hears about kids switching from an older bike to a Jibe and seeing their placement improved at the end of a race.

“I talk to all these dads every day. Mom calls to tell me how their kids are doing. They are all excited,” he said.

These stories and anecdotes are a reminder of how much Jibe is more than a job for him.

“It’s fun for me to see the improvement and excitement in these riders after riding a Jibe,” he said. “It makes me feel like I’m not just doing a business, I’m actually part of the community and helping these kids really get out of mountain biking, which is what we people who have been into it for years , can take for granted. , or the real main reason we’re here, which is to have fun and improve your results.