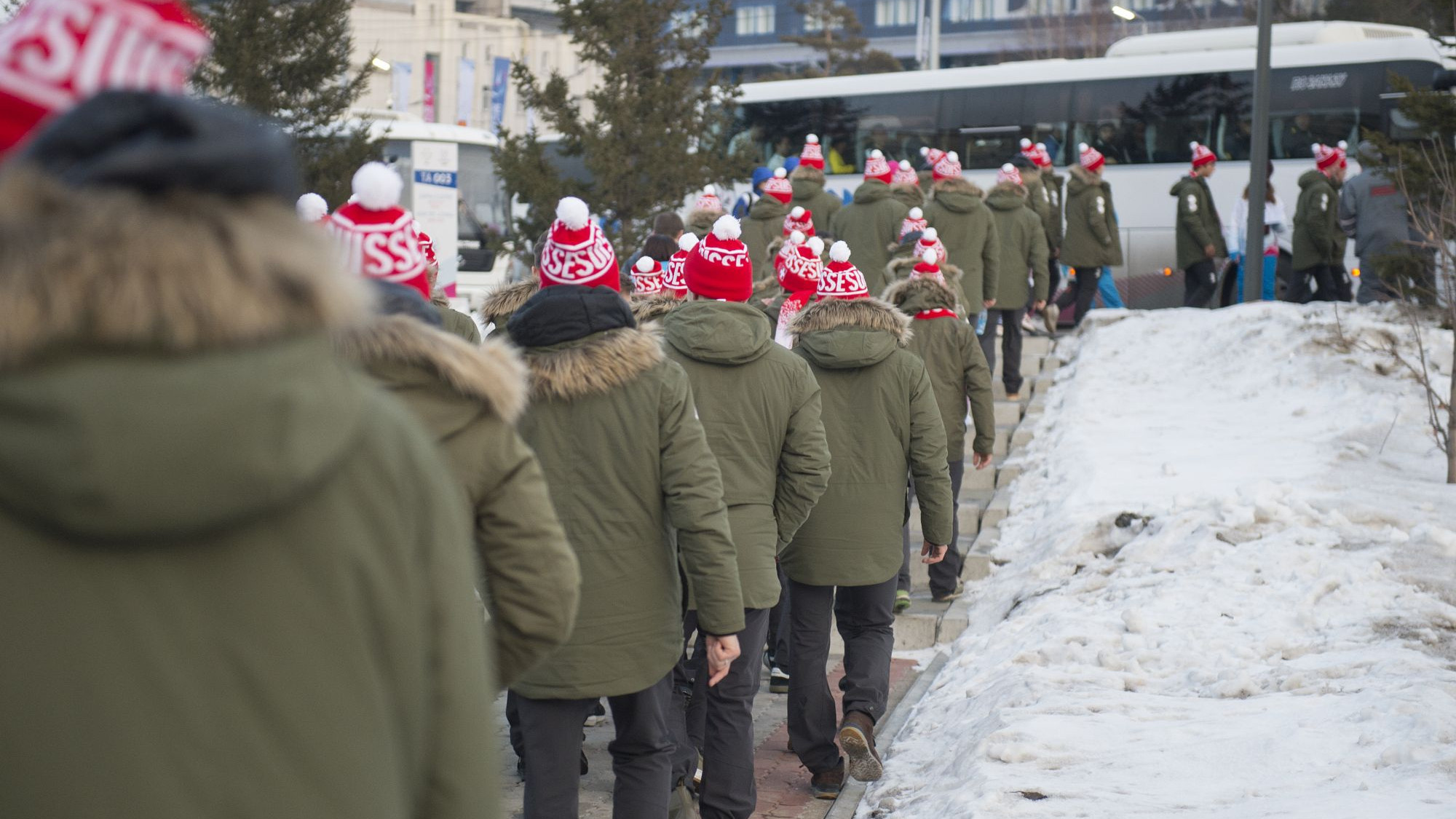 The first group of athletes has been selected for the Swiss delegation for their 2021 Winter Universiade in Lucerne.

The host nation is expected to send its greatest team of all time to the event, according to Mike Kurt, president of Swiss University Sports.

Eleven students from biathlon, curling, alpine skiing and orienteering were chosen in the first selection round.

In alpine skiing, Vanessa Kasper, Katja Grossmann, Marco Fischbacher and Yanick Mani try to beat the impressive performances of 2019 in Krasnoyarsk in Russia where the Swiss won six medals including two gold.

After the debut of orienteering at the Universiade in 2019, it is part of the competition program for the second time.

Noel Boos will compete again while Alina Niggli, who won bronze at the World Junior Championships in February, will make her first Universiade appearance.

The men’s and women’s curling teams both have a good chance of winning medals.

The Swiss men narrowly missed the podium in 2019 after finishing fourth.

The team includes the two skips Jan Hess and Marco HÃ¶sli, who won silver at the World Junior Championships, and are one of the favorites for a medal.

The women’s team also has a lot of international experience as it is led by Selina Witschonke, who won bronze at the World Junior Championships in 2019.

In biathlon, Laurin Fravi and Seraina KÃ¶nig were selected.

KÃ¶nig showed promise after winning the 2021 Alpen Cup and finishing second in the Swiss Cup.

Another selection round is expected to take place in October.

After the 2021 Universiade was postponed due to the COVID-19 pandemic, Simone Righenzi, head of elite sports at Swiss University Sports, is delighted that it is finally starting.

“After such a long wait, the 2021 Winter Universiade is slowly becoming a reality, and we are all very happy about it,” said Righenzi.

â€œThanks to the first selections, it is now possible for the athletes to prepare for the event.

â€œYou can now plan your time between your studies and high performance sport optimally in the coming months. “

The event will take place from December 11 to 21 in Lucerne.

This is the second time that Switzerland has welcomed Switzerland after the 1962 edition in Villars.

Olympic Games 2021: 15 sports and athletes not to be missed