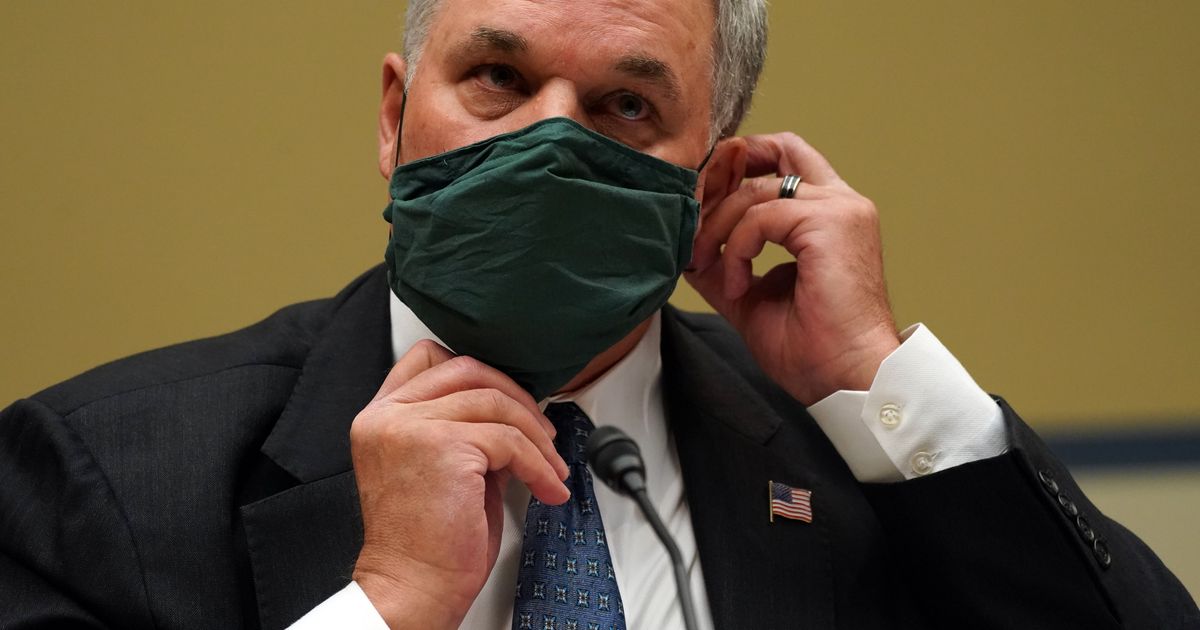 WASHINGTON – Americans visited the IRS website for the status of their tax refunds more than 630 million times in 2021, a staggering number that reflects deep frustration with the speed and efficiency from the tax collection agency, according to a new surveillance report.

The figure was released on Wednesday as part of a National Taxpayer Advocate report, which alleges the IRS is in “crisis” as it deals with the coronavirus pandemic.

The report says years of severe budget cuts and a host of new congressional responsibilities have combined to put the agency to the test.

“During 2021, tens of millions of taxpayers were forced to wait extraordinarily long periods of time for the IRS to process their tax returns, issue their refunds and address their correspondence,” the report said, submitted to the Congress by Erin Collins, Taxpayer Advocate. “The IRS is in crisis.

The report continues: “There is no way to water down the year 2021 in the tax administration: from the point of view of tens of millions of taxpayers, it was horrible…. 2021 has been the most difficult year ever for taxpayers.

Treasury Department officials warned Monday that this tax filing season could prove “frustrating” for millions of taxpayers as they attempt to file their returns and receive tax refunds from the IRS.

Americans can start filing their 2021 tax returns later this month, and the deadline is April 18. IRS officials have defended their record – and won praise from some lawmakers – by pointing to the largely successful disbursement of stimulus payments and the expansion of the child tax credit amid the pandemic.

Treasury officials also highlighted the Biden administration’s efforts to increase funding for the IRS on Monday.

But with those plans stalled along with President Joe Biden’s broader economic agenda, Treasury officials said, taxpayers should prepare for a tough filing season.

The National Taxpayer Advocate’s report documents significant delays last year for refunds, overwhelmed hotlines and a myriad of other ways the IRS failed last taxpayer reporting season. Many tax professionals believe this coming year could be just as bad, if not worse.

Here are four takeaways from the Advocate’s Report that highlight the IRS’s challenges:

IRS was inundated with massive backlog

The IRS started the last filing season behind and never fully recovered. He entered the final season of filing with a backlog of 12 million returns from the previous year – and didn’t finally clear the 2019 returns until June 2021.

As the IRS struggled to clear the old backlog, a new one has grown and is now spreading into the current filing season. The IRS received 17 million paper returns for Form 1040 – the traditional personal income tax return – that took at least eight months to process.

Taxpayers’ attorney says the IRS also has over 2 million unprocessed quarterly employer returns and about 5 million pieces of taxpayer correspondence to process.

The IRS is generally much faster at processing returns electronically, but about 10% of returns are still filed on paper due to documentation requirements.

Additionally, millions of electronic returns were put on hold during processing last year due to discrepancies between what the taxpayer claimed and the IRS records.

The IRS has reported more than 11 million “math error notifications” issued to taxpayers for discrepancies related to stimulus payments alone, according to the watchdog report. These delays have compounded the agency‘s backlog.

The IRS also sent more than 14 million “math error notifications” and other proposed adjustments to taxpayers, and received 6.2 million messages from taxpayers in response.

In 2021, taxpayers flooded the IRS with calls, questions and complaints as they became frustrated with the backlog and unexpected delays.

The number of visits to the IRS’s “Where’s My Refund” page climbed to 632 million in 2021, an increase of almost 70% from the 369 million recorded the year before the pandemic.

The IRS “Where’s My Refund” page does not provide taxpayers with information about their unprocessed returns, nor does it provide status updates, the reason for delays, and where the returns are in the “channel. treatment “, indicates the monitoring report. The tool also doesn’t tell taxpayers what to do to speed up their refunds.

“For taxpayers who have experienced significant repayment delays, the tool has often not done its job,” the taxpayer advocate said in a statement.

The watchdog recommended that the IRS update its website with weekly status reports so taxpayers know where returns are in the pipeline and when they can expect a response.

The watchdog report also found that the IRS phone service was “the worst it has ever been,” due to a combination of growing calls and a labor force. implementation strained by the pandemic.

The agency’s workforce has not kept pace with increased demand.

Although the IRS has answered more calls than ever, it only took 11.4%, down from 29% the year before the pandemic. The IRS reported an average wait time of 23 minutes.

Congress created the Taxpayer Advocate Service to serve as a safety net for taxpayers who need help from the IRS.

Its workload jumped 58% from 2017 to 2021, even as its budget increased by around 6%. The number of referrals of members of Congress to this service has also increased by about six.

The watchdog report called on Congress to provide more funds for the IRS to hire dedicated staff to help taxpayers who call for help.

As a result of Republican-led efforts primarily under the Obama administration, the IRS budget has been reduced by about 20%, after adjusting for inflation, from its 2010 level.

This corresponds to an approximate 17% reduction in the size of the agency’s staff. Treasury officials also reported on Monday that the IRS has the lowest number of auditors since World War II.

But the agency’s budget cuts came as its responsibilities increased.

The taxpayer’s attorney reports that the IRS has helped about 19% more taxpayers during the same period when its budget fell by 20%.

“This imbalance has left the IRS without sufficient resources to meet the needs of taxpayers, let alone invest in additional staff and technology,” the report says.