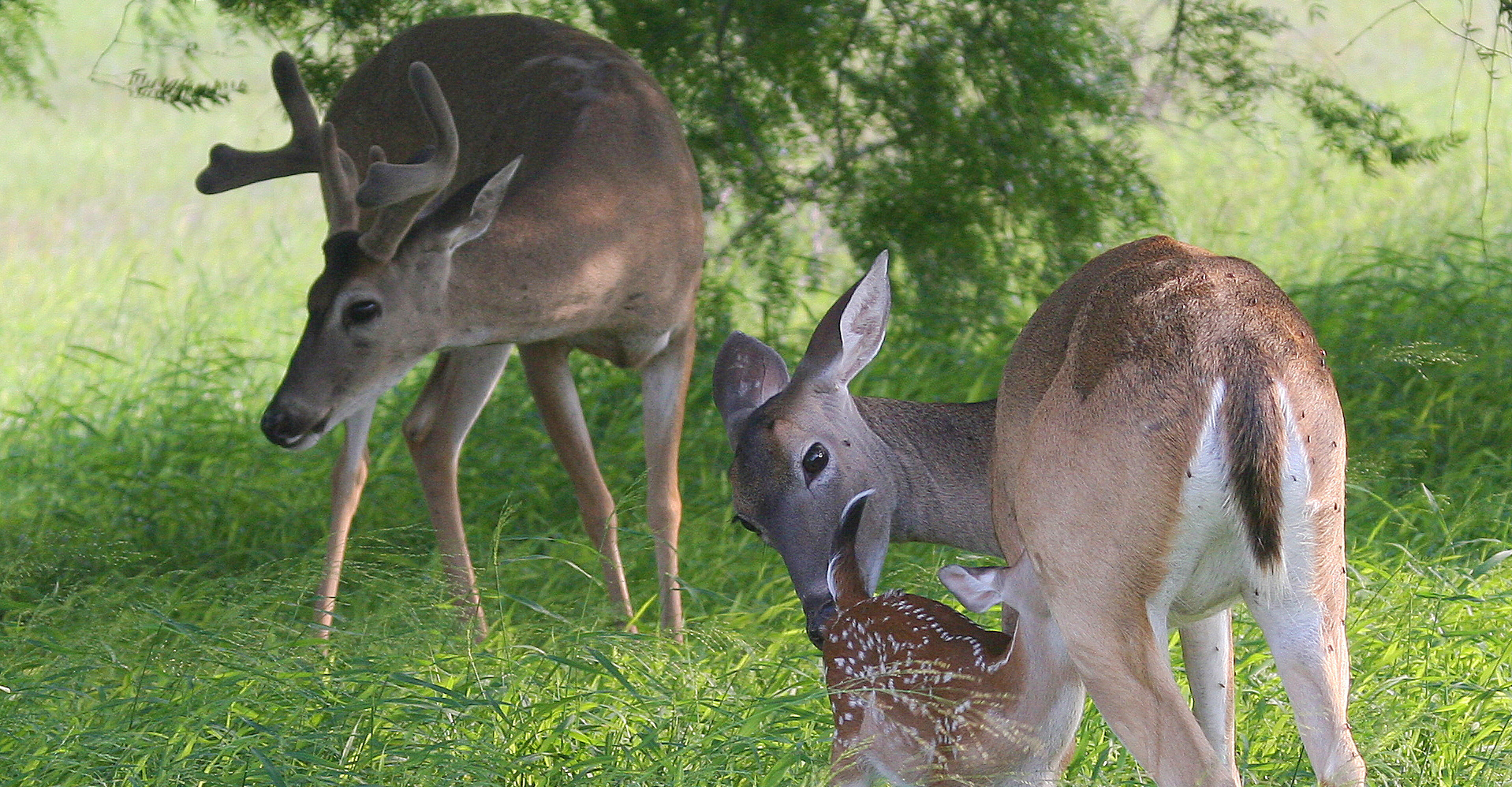 The Texas Parks and Wildlife Commission held a special working session this week, focusing its efforts on the management of chronic wasting diseases. A list of regulations has been proposed which could potentially be adopted at the next committee meeting in early November.

Many of the proposals seek to regulate the deer farming industry. Cervid encephalopathy, a still fatal neurological disease in cervids, has been detected in seven farms since the spring. More than 30 white-tailed deer tested positive at these facilities, which sparked a massive epidemiological investigation that encompassed 181 trace breeding facilities and 119 release sites.

Perhaps the most important of the proposed regulations would continue to make live testing of deer mandatory before release, at the heart of Texas Parks and Wildlife Department emergency orders issued earlier this year in response to the outbreak. The proposal requires that 100 percent of deer 12 months and older be live tested at least eight months before being sent to a release site. About 30 percent of the state’s breeding herd is released each year.

“We are very proud to be the first state in the country, and still the only state in the country, to recognize and allow ante mortum testing on deer,” said Mitch Lockwood, director of the big game program at TPWD, who added that “we love this tool as a herd scouting tool, but not for removing individual deer.”

Breeders who do not adhere to testing all deer before they are released will essentially be shut down.

“We believe this requirement is so important that a facility should lose qualified movement status if deer are transferred in violation of this requirement and the facility needs to follow up with ante mortum testing on the whole herd. of all the candidates for release. deer, as well as a test plan being prescribed at the release site where these deer were released, ”Lockwood said.

During his guest testimony, Deer Breeders Corporation CEO Kevin Davis said it was no secret that he was not a fan of the order’s live testing requirement. ’emergency. He said deer breeders understand the need for oversight and the industry supports most of the regulations proposed during the session, but the requirements for ante mortum testing are too stringent.

“The wholesale practice of testing each animal is an additional financial burden on the producer and also creates stress for the animal. It cannot be conducted without veterinary services, sedation medications and sufficient staff, ”said Davis.

“What this means is that the burden is greater on small and medium breeders than on large ones. This will force small businesses to close their doors. “

Davis said the cost goes well beyond testing at $ 25 to $ 45. Vets and sedatives don’t come cheap. Davis estimates the cost of testing on live animals to be around $ 300 per deer and said this summer’s emergency orders cost the industry $ 3.3 million.

Sarah Biedenharn is president of the Texas Wildlife Association, an organization that represents hunters and private landowners, and supports proposed measures for live animal testing.

“TWA supports the need for ante-mortum testing of all breeding deer prior to release. Regardless of the origin of the disease, there is no doubt that the greatest risk of spreading CWD comes from the unnatural movement of live animals, ”Biedenharn said during his guest testimony.

“We learned from briefings from this department and the Texas Animal Health Commission that the accuracy of the live test is highly dependent on the time since exposure to the disease, which of course we can’t always know. Knowing these limitations, it does not seem responsible for testing less than 100 percent of the deer to be released. We must do all we can to protect our native deer; there is simply too much at stake.

Biedenharn also said the TWA would like to see ear tags on breeding deer that have been sent to release sites to give adjacent landowners a way to identify escaped deer.

“TWA also supports the position that a permanent identification tag must be clearly visible from a distance and should be required for all deer released,” she said.

“Neighboring landowners need to be made aware of a positive case, so that precautionary measures can be taken before it spreads further. They must also be able to clearly identify an escaped deer on their own property. We understand that this issue is complex, but we urge the commission to continue exploring ways to resolve these issues in order to protect our native herds as well as the private property rights of thousands of landowners who have never moved or released. deer.

Texas is spearheading live deer testing efforts to help mitigate the risk of spreading a disease considered impossible to eradicate once it becomes established. CWD, which is caused by misfolded proteins called prions, can be spread through body fluids, environmental contamination, and other unknown vectors. It is difficult to detect at an early stage; deer may show no symptoms for years while the disease is quietly smoldering. MDC currently has no cure.

Many states are struggling to stop the spread of CWD, and following the unprecedented severity of this latest outbreak in the state, Texas officials are working to contain it before it gets out of hand and has the potential to have long-term effects on native deer. populations.

“The decision we make over the next few weeks may not have an impact on the hunt in our lifetime. But they could very easily impact the next generation of hunters. I am here today because I want to make sure that my future children and grandchildren can experience the joys of the hunt as I did. Now is the time to act and ensure the long-term survival of this natural resource, ”said Biedenharn.

Aside from testing all live deer before release, the commission heard a host of regulatory proposals relating to breeders.

All mortalities would require testing, up from an 80 percent requirement. The age of eligibility for the test would be reduced from 16 months to 12 months. The minimum expected requirement for post-mortum testing would drop from 3.6 to 5 percent. Deaths should be reported and submitted within seven days, instead of 14. Median retropharyngeal lymph nodes and obex would be required for postmortum testing, instead of either. Escaped deer would be considered dead deer for the purposes of testing requirements. Breeders are currently allowed to compensate for mortalities with ante mortum testing at a 3: 1 ratio. This would be increased to 5: 1, recognizing that 3: 1 was insufficient.

“To be clear, we don’t intend for anyone to intentionally neglect testing for mortality. We expect 100% of test-eligible mortalities to be tested, knowing that there will be extraordinary circumstances that will make it impossible for some, ”Lockwood said.

“We recommend that anyone who must use ante mortum substitutions for more than 30 percent of deaths for more than two years risk not having the license renewed.”

The ministry would allow a 10 percent tolerance of inconclusive test results from ante-mortum testing at follow-up and level 1 facilities. Nursing facilities would be allowed to collect calves from only one facility each season. The deer management permit process would be amended to end “rent-a-buck” and prevent males from returning to breeding facilities after being used in the DMP.

The proposed regulations also seek to suspend the “Trap, Transport and Transplant” permit program, also known as TTT. The program is being used to relocate surplus wild deer to places with sufficient habitat and will surely be a major point of discussion at future committee meetings.

Finally, a proposed CWD regulation has a direct impact on hunters.

The ministry is seeking to change the evidence of sexual requirements for harvested goats. Instead of the head, hunters would be able to provide proof of sex with the animal’s udder or vulva and tail.

“Staff intend to embark on an education campaign to encourage hunters to leave risky carcass parts at the harvest site,” Lockwood said.

The proposed changes will be submitted for public comment before being adopted at the next committee meetings on November 3-4.