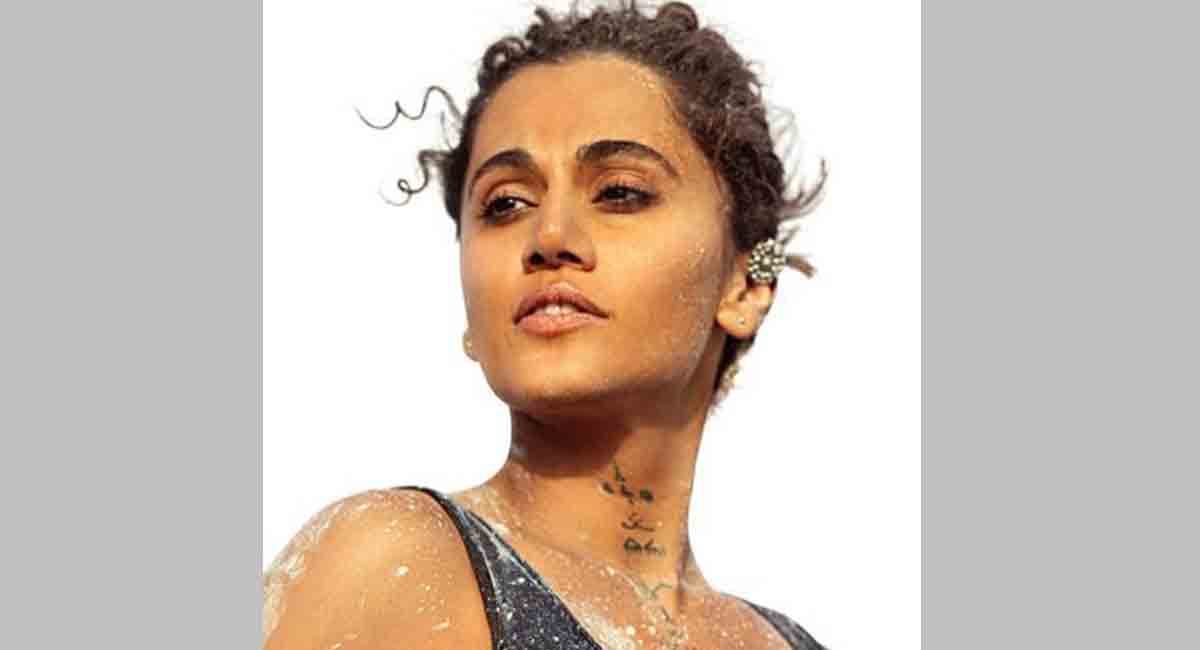 A day after the release of the trailer for his sports drama “Rashmi Rocket”, actor Taapsee Pannu paid an ode to all female athletes who are ashamed of their bodies and called “male”.

Taapsee took to her Twitter account on Friday and posted a short video compilation of some of the harsh and rude comments she received from trollers about her athletic physique for the upcoming film.

Trolling ranged from calling him “Mard” to nasty remarks asking him to change his gender.

A hateful comment for Taapsee in the clip was, “Ha ha ha She-man will be very happy today.” According to reports, the comment was made by actor Kangana Ranaut on Twitter in April of this year.

Without showing any aggressiveness, Taapsee overpowered the call of all of his enemies with ease.
In addition to the video, she tweeted, â€œThank you from the bottom of my heart. Really yours. But there are many women who hear this every day without fail from them. An ode to all the athletes who donate their sweat and their blood to sport and to their nation and who continue to hear it. #RashmiRocket #AbUdneKaTimeAaGayaHai. The trailer revealed that the plot of “Rashmi Rocket” revolves around gender tests on female athletes and how Taapsee’s character faces discrimination for not being conventionally female.

Seems like the movie is a reflection of reality, as the actress herself has been humiliated on the internet for looking like a female athlete, who in the eyes of trollers has a “male” body.

Opening the hateful comments during the film’s trailer launch virtual press conference, Taapsee said, â€œWho defines what is feminine and what is not? Is it just about your muscles that you will be judged on who is a woman and who is not? Do you realize that there are hormonal imbalances that are there in some females by default, it is not their choice? Maybe it’s because they end up having the kind of physique they have. Produced by Ronnie Screwvala, Neha Anand and Pranjal Khandhdiya, â€œRashmi Rocketâ€ was written by Nanda Periyasamy, Aniruddha Guha and Kanika Dhillon and also stars Supriya Pathak, Abhishek Banerjee, Priyanshu Painyuli and Supriya Pilgaonkar.

The film will be released on October 15 on the OTT ZEE5 platform.

10 things to know about Jason Robertson, including other athletes in the Robertson family