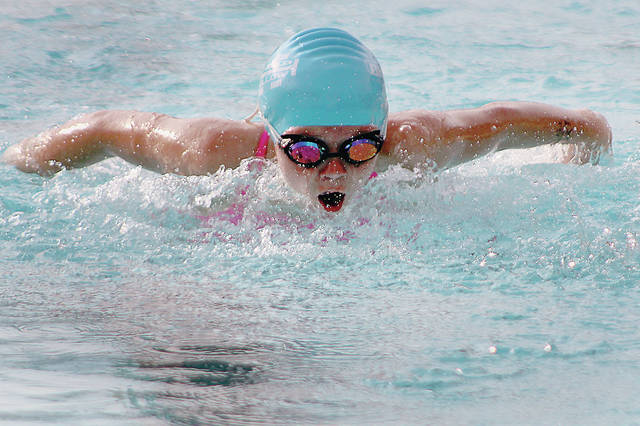 EDWARDSVILLE – The swim competition that most Southwestern Illinois Swim Association coaches call the funniest competition of the season opens Monday.

The annual SWISA relays are scheduled for Monday at 6 p.m. (5 p.m. warm-ups) at the Sunset Hills Country Club in Edwardsville. The competition, which only features relay matches, is a welcome break after two weeks of double-handed competition which saw a large number of entries mean late-night matches.

The SWISA relays previously fell on the week of July 4 and was the only meeting of the week. And while this normally serves as a break during the summer season, this year’s schedule will feature double fixtures on Thursday of this week.

“Oh my God, one of my favorite gatherings,” said Summers Port first-year head coach Maddie Monroe. “I am really excited to see these kids achieve something that I will never forget in my career.”

Monroe, a former star swimmer from the University of Arkansas, started swimming in SWISA when she was young and said she and her teammates always looked forward to relays.

“I have to be part of the crescendo relay almost every year,” she said. “It was an honor to participate every year. “

In the crescendo relay, four age groups must be represented. The first leg of the race is 25 yards, the second for 50, the third for 75 and the last for 100 yards.

“It doesn’t matter which order the age groups swim in,” said SWISA President Bob Rettle. “If your team, for example, has the fastest swimmer 8 and under in the world, that kid can swim the 75 or the 100 if you want. But usually the youngest swimmer goes first and gets older.

Rettle said SWISA relays are still considered fun for their team by most coaches.

“The funniest encounter of the summer,” said Rettle. “Over the years, most coaches have always organized their team registrations so that as many children as possible can swim and have fun.

SWISA, an outdoor-only summer league, is a long-standing summer tradition, with roots dating back to the early 1960s.

Some potential American Olympic swimmers, including Tom Jager of Collinsville and Bill Stapleton of Edwardsville, started their careers with SWISA.

Jager, who swam for the Gaslight Gators (now Collinsville Gators) continued to swim at UCLA and was known as “the fastest man in the water” as the 50-yard freestyle record holder. Stapleton, who swam for the Sunset Hills Stingrays in SWISA, continued to swim at the University of Texas, later became a sports agent and represented great cyclist Lance Armstrong for almost 20 years.

“There were some amazing swimmers that started out at SWISA,” said Rettle, “and they all, every one of them loved the relays.

Monroe of Summers Port, who continued to swim at the University of Arkansas, is one of those swimmers.

“Going into the entries, I’m just trying to get everyone to their best events this competition, so that we can be as competitive as possible,” said Monroe. “The last double encounter, I was able to play with some children in their ‘off’ events. This competition, we will use our strengths, maximizing our best swimmers in each event. “