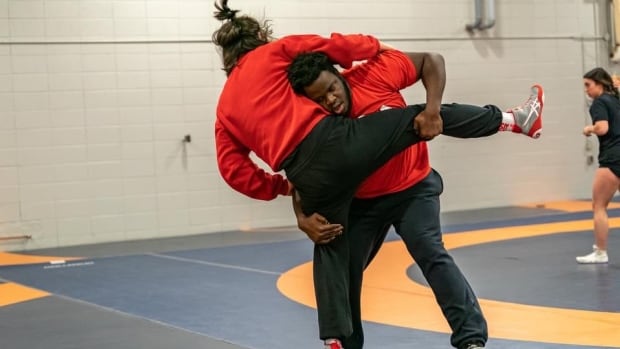 Like other varsity athletes in Ontario, Japhet John will not have the chance to compete or train for most of January.

John is a fourth year geography student at Algoma University and a competitive wrestler.

Due to an injury early in the season, he missed three competitions at other universities last year.

And with the new provincial COVID-19 restrictions, which took effect on January 5, he will not be able to compete or train indoors until January 26.

â€œIt’s really frustrating because a lot of sports have already had their seasons when there has been a drop in COVID (case),â€ John said.

The province’s â€œback to playâ€ framework includes a list athletes and leagues who can continue to compete and train indoors with strict safety measures in place.

The list includes athletes who train for the Olympics, professional leagues such as the NHL, CFL and NBA, and some â€œeliteâ€ amateur leagues, including the Ontario Hockey League (OHL) and the Ontario Scholastic Basketball Association.

â€œI believe we are elite athletes,â€ said John, referring to himself and other students who compete in varsity athletics.

â€œWe may not be considered professionals, but we have worked a lot to reach the level where we are,â€ he added.

Laurentian University athletic director Peter Hellstrom said he was baffled by the province’s decision not to include varsity athletes on its list of exceptions.

â€œThere is a lack of knowledge and understanding of the elite of these student-athletes,â€ he said. “I don’t know where the government is missing the boat on the elite side, but it is disappointing.”

Hellstrom said former Laurentian students have continued their careers in the sport, such as Olympic rower Carling Zeeman and Kadre Gray, who plays for the Ottawa BlackJacks of the Canadian Elite Basketball League.

He added many amateur leagues that were on the province’s roster to fuel varsity athletics. Many players from the OHL and the Ontario Scholastic Basketball Association, for example, play for college teams later in their careers.

Hellstrom has said he accepts that varsity athletes should not compete as there is an increase in COVID-19 cases across the province, but they should be able to train.

â€œWe probably have more protocols in place and we have a better grasp of the guidelines than some of the leagues on this list,â€ he said.

In an email to CBC News, the office of Ontario Premier Doug Ford said decisions on the province’s return-to-play framework were based on advice from the Chief Medical Officer of Health.

“Our government is doing everything possible to blunt the transmission of COVID-19 and the rapidly spreading Omicron variant,” press secretary Alexandra Adamo said in the email.

â€œThese time-limited measures will help us in our fight against this virus and prevent hospitals from being overwhelmed. ”