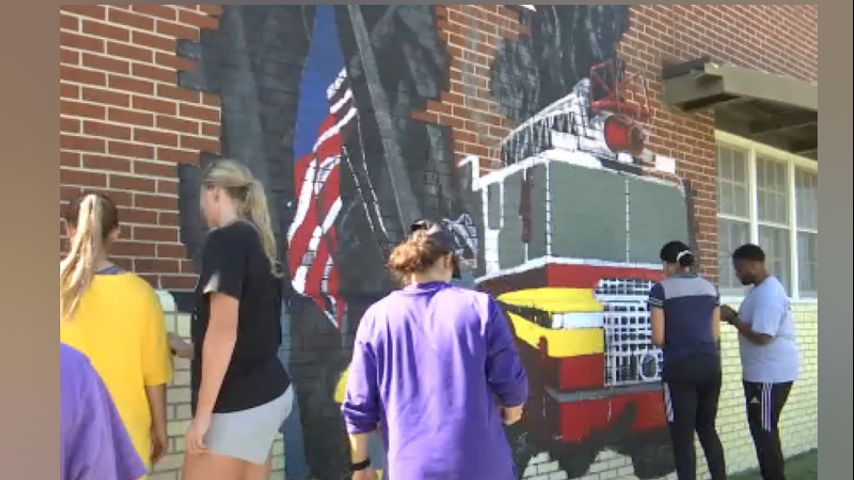 BATON ROUGE – On Saturday afternoon, volunteers from across Baton Rouge gathered to paint a special project.

Together, they created a mural in tribute to the people and first responders who were killed or injured in the September 11 attacks.
The mural is now on display for all to see at Fire Station 11 on Highland Road.

â€œLucky for us, they chose our station which has a lot of visibility to showcase this work. It was such a blessing that they chose us,â€ said Shane Hernandez of the Baton Rouge Fire Department.

He is one of the many Baton Rouge firefighters who volunteered to paint.
Hernandez says the mural also serves as a reminder of why he chose to join the profession.

“It just means a lot to see 9/11 here. It’s kind of the reason a lot of us got involved. Several firefighters lost their lives and it was a wake-up call to our industry.” , did he declare.
Student-athletes from LSU and University of the South joined with other community organizations such as the Walls Project and the Urban League of Louisiana to bring the vision to life.

â€œWe just wanted to thank our first responders for everything they do to keep us safe,â€ said Marlin Hollins of the Louisiana Urban League.

â€œFor us, publicly acknowledging what happened is also very important for the community,â€ said Taryn Antoine of Athletes for Hope.

It is an honor, say the organizers, to see the community turn a day of tragedy into a day of service.

â€œOne of the many things Louisiana does right is come together as a community and celebrate,â€ said Morgan Udoh of the Walls Project.