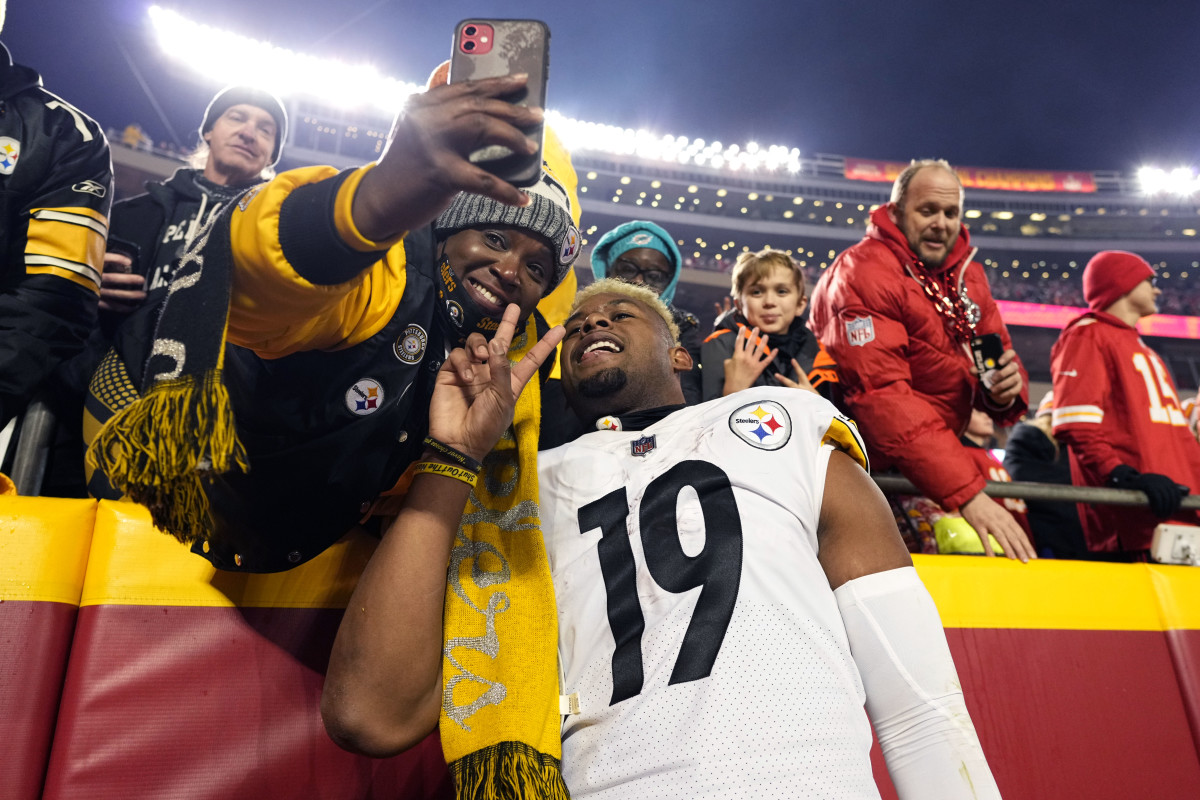 Steelers WR JuJu Smith-Schuster on free agency: ‘I wish I was Pittsburgh for life’

Pittsburgh Steelers wide receiver Ju Ju Smith Schuster will enter free agency this offseason, but “hopes” to return to black and gold next season. Smith-Schuster released a statement on social media expressing her wishes for the future.

“I’ve said it before and I have the same position: I would like to be Pittsburgh for life. I hope we can make it happen this offseason and I want to be part of this franchise’s return to glory. This n It’s not a question of if, but when, and I hope I’ll wear the black and gold, celebrating a Super Bowl with these fans, when it happens.”

Smith-Schuster signed a one-year contract with Pittsburgh last offseason. He suffered a shoulder injury in Week 5, but returned for a playoff appearance against the Kansas City Chiefs. He caught five receptions for 26 yards in Sunday’s loss.

“Honestly, it would be a blessing (to stay in Pittsburgh),” he said at a press conference after Sunday’s playoff game.

COVID-19 is spreading like never before in the Americas, health agency warns