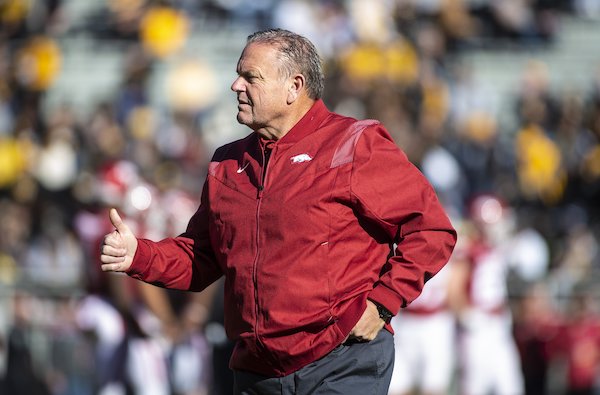 Pittman has joined a large list of Power 5 coaches who have Sexton as their rep, including Nick Saban from Alabama, Kirby Smart from Georgia, Jimbo Fisher from Texas A&M, Lane Kiffin from Ole Miss, James Franklin from Penn State. , Steve Sarkisian of Texas, former Florida coach Dan Mullen and many more.

Pittman was represented by Judy Henry of Wright Lindsey Jennings, based in Little Rock. Henry, a University of Arkansas graduate, was instrumental in securing the Arkansas job for Pittman due to his persistence in contacting Arkansas athletic director Hunter Yurachek in the winter of 2019. .

Pittman, who led Arkansas to a record 8-4 in the regular season and 4-4 in SEC play, increased his base salary from $ 3 million to $ 3.75 million according to the ‘reaching the plateau of eight victories. However, that salary still ranks 12th out of 13 SEC coaches at public institutions, ahead of South Carolina’s Shane Beamer.

Pittman and his team could claim substantial increases this winter.