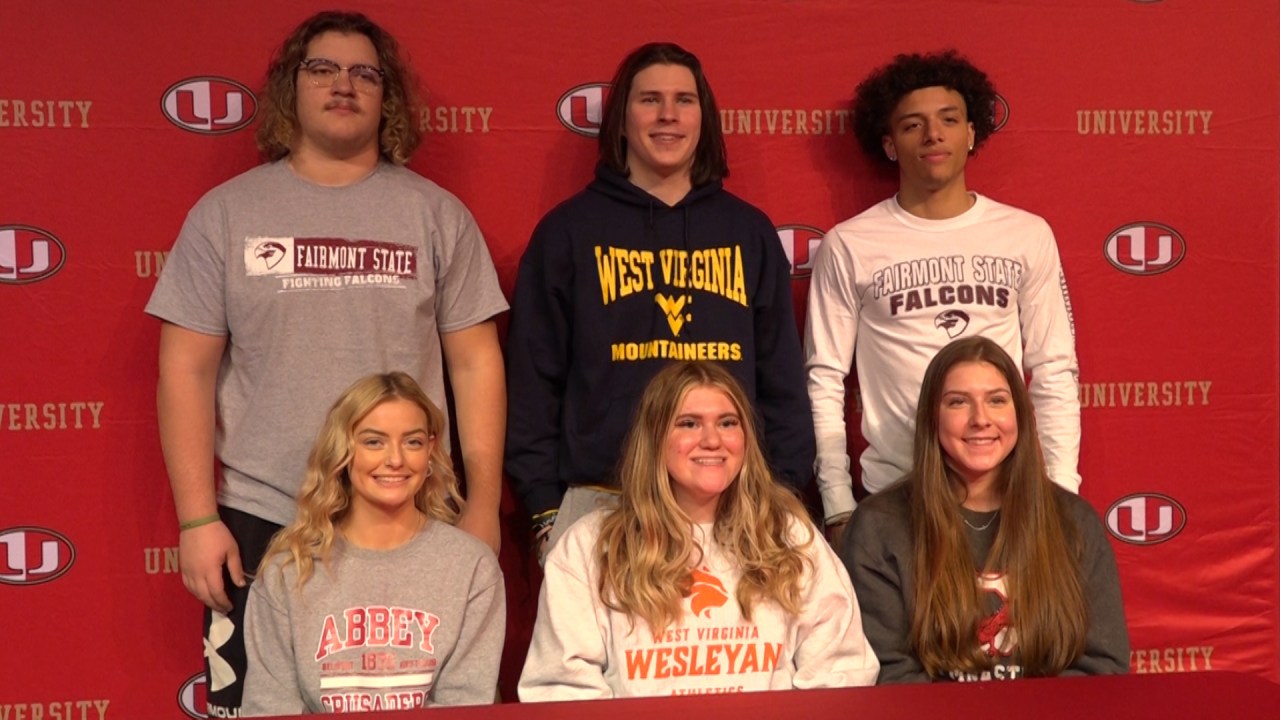 Turney plans to play on the offensive line while Jackson will be used as a defensive back.

“It just felt like home. All the coaches have shown me love and I can’t wait to play football there,” Jackson said.

“They treated me like I was already on the team, like family, like one of their own. They are so genuine and just great coaches and I’m ready to be part of the tea,” Turney said.

Schrout, who has a competitive background, loves that the sport combines all-star cheerleading and gymnastics.

“When I went to visit the coaches were really lovely. I got to train with the team and they were really welcoming and I had a lot of fun,” Schrout said.

Ryan is expected to be a part of the Bobcats defense and has already formed relationships with future teammates and coaches.

“When I came down for my visit, the coach was really nice and supportive and I also met the teammates. I like the atmosphere of the team and they also have a lot of good academic opportunities for me,” said said Ryan.

Ava Miranov made her decision official by signing with the SUNY Cortland gymnastics program.

The decision to compete collegially was easy for Miranov who spent his gymnastics career training at the West Virginia Gymnastics Training Center in Morgantown.

“I’ve been in gymnastics all my life and always dreamed of playing a college sport. I went to school, I fell in love with the coach, the campus and I just knew that was where I wanted to go,” Miranov said.

And “U” star linebacker Donald Brandel is staying at Morgantown for the next four years.

Brandel trades in his reds for old gold and blue as he signs with West Virginia University’s football program.

“I’ve lived here the last six years of my life and I understand what it means to the people of the state and to myself. Being able to stay close to home and play at a Power Five Division 1 football school means a lot to me. It kind of validates the work that I’ve done, but I’m ready to do what it takes to get on that pitch and play in front of the home crowd,” Brandel said.