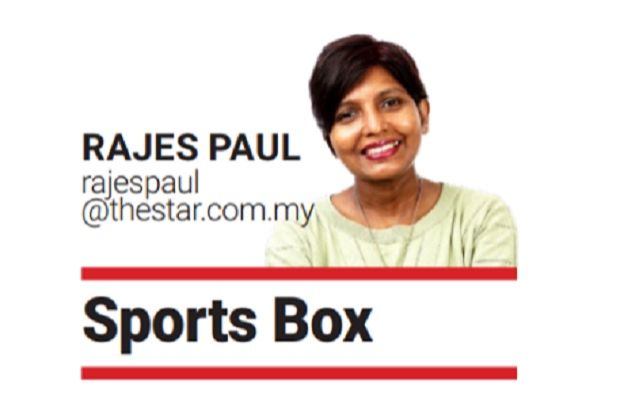 There is no badminton world champion. There is no gold medalist at the Olympic Games. The expectation of football glory, even at the regional level, continues.

We either depend on the same old stars or on young people still chasing the peloton, left miles behind the sports giants of the world and even the region.

2021 has not been a good year. So, is this the year of Malaysian sports flops?

No, not when it comes to athlete performance and dedication. Athletes and coaches braved the Covid-19 pandemic, despite the risks and dangers, to give their best.

Many have remained standing despite some stupid decisions made by sports administrators.

We have quality athletes, there is no doubt about it. We have talent. We have damn good coaches and selfless officials, who work tirelessly and quietly, without much fanfare.

What then is the problem? Why can’t we produce champions or have a thriving development agenda?

The conclusion I like to draw, like a broken record, is that we are missing a functioning system.

Athletes have had to put up with change after change under different jurisdictions and like many of us they don’t know where Malaysian sport is going.

We need a system that stays in place, even as we change sports ministers like dirty diapers.

The once popular Podium program has almost collapsed.

Massive budget cuts will lead to the downfall of many potential athletes. What a waste of time, talent and resources. Then we mourn the lack of athletes and say it’s time to get back to basics.

The program has been blamed for failures simply because it is easier to blame the program than to point fingers at those who run it.

It is time to end it. We need a good system, with good leadership.

Why not even name our Sports Minister from this group of former athletes or choose one from the Malaysian Olympians Association (MOA) led by former hurdler Noraseela Khalid.

All we see, year after year, is infighting within associations, with officials – mostly politicians – wanting to be on the trip to the Olympics, claiming positions and bringing corruption and monetary policy into the world. sport.

Look at the number of board members who have been with the association too long – who will trust the success of their athletes and then become the first to blame the athletes when they fail.

Please don’t get me wrong, I know some board members who are passionate and selfless; school sports teachers who want to make changes; and state coaches who go to great lengths.

We have good people who can help change the current fragile and inconsistent system.

I have hope, faith and belief, but it has to start with one Savior to make a difference. We can learn from others.

Meanwhile, the powerhouse of badminton Malaysia is still waiting.

Malaysian sport isn’t bad, it just needs a few tweaks, tweaks and the right balance of dedicated athletes and efficient administration. It’s not too late to make 2022 a better year.

* The writer wishes his readers a Merry Christmas and a Happy New Year. And for those who brave the floods, the Covid-19 and other tough knocks in life – she prays for hope, joy and peace through it all.

10 things to know about Jason Robertson, including other athletes in the Robertson family