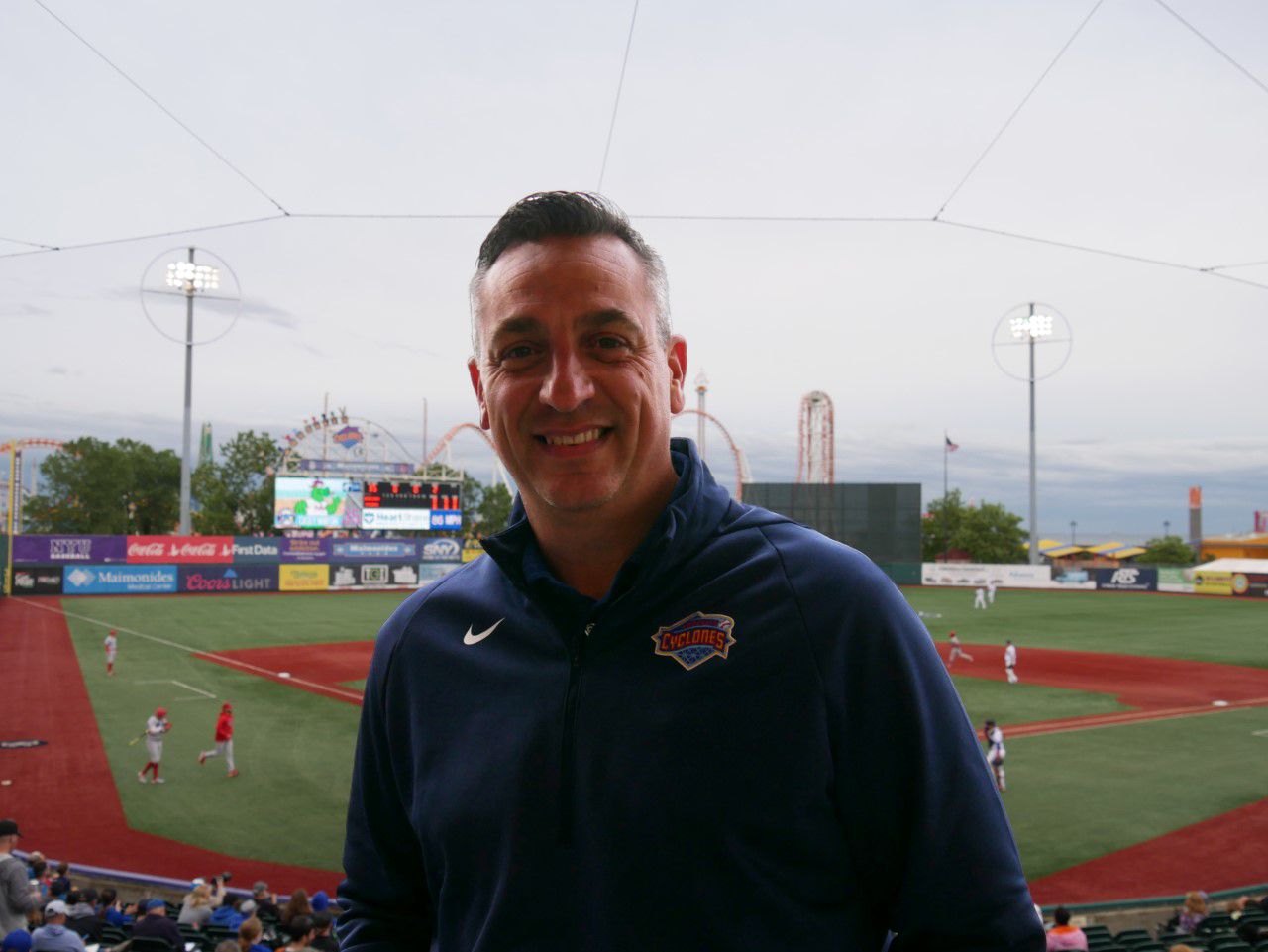 It’s a kind of ‘homecoming’ in a loop.

Gary Perone, who was previously assistant general manager of the Brooklyn Cyclones, affiliated with the New York Mets Minor League, was born in Brooklyn – but the Tottenville resident has called Staten Island his home for a quarter of a century, and now it will be. its base of operations too.

Perone’s duties will include promotional sales and marketing, coordinating field events and, of course, bringing staff together in the field and into the team’s new front office.

“We were always looking for someone with real experience in running a successful minor league operation,” said Shuffler. “It meets the criteria of what we were looking for in a general manager. He is community driven, has a strong vision for baseball, lives on Staten Island and has 20 years of proven experience in Brooklyn.

“His presence accelerates our ability to quickly deliver a quality product to Staten Island,” added Shuffler.

Perone, 48, a father of four and a former professor of sports management at Long Island University, has consistently helped lead the Cyclones to the top of the NY-Penn League attendance records every season. He has also received numerous awards for his promotional efforts, including the Minor League Baseball’s Larry MacPhail Award for Promotional Excellence.

“I’m thrilled to have a team back on Staten Island and to have this place is important to the community,” said Perone. “Eric and John are committed to making this work, they are great people who understand what it takes to move this thing forward and we are going to bring a great brand of professional baseball to Staten Island.

“I am grateful to the Mets organization, we have had a great streak of success,” he added. “This opportunity to rebuild and see it happen [on Staten Island] Is exciting. It’s a good challenge for me at this point in my career and I’m delighted to be home in my community … it’s really cool to be a part of it.

Shuffler says Perone, who previously served as director of sales and marketing and director of community relations, is a perfect fit for the St. George Ball Club.

“Gary is a good person. He cares about baseball, he cares about the community and Staten Island, and we couldn’t ask for more from a general manager, ”said Shuffler. “Look what he did in Brooklyn. He ran a big franchise, good promotions, a big crowd.

“Gary has all this experience and he understands what it takes,” he added. “Now he’s got the chance to come home and bring it here and build his own show.”

Perone reiterated the franchise’s core message – that the community comes first when it comes to his team.

“I’m not here to put ‘my’ stamp on the team, it’s the stamp of Staten Island,” he said. “It’s their meeting place, their team … the only way the team works is if the community is involved.

“I have the opportunity to help make this impact on Staten Island and we are seeing great things happening on this site,” added Perone. “I love baseball. Baseball has been my life and now I can do it here and it’s pretty cool.

From a baseball perspective, Perone will be tasked with filling out a roster – a new and unique challenge. In Brooklyn, the Mets organization supplied the players through signings and the entry draft. On Staten Island, Perone will “hunt” prospects while filling the front office.

“We are extremely confident in Gary,” said Shuffler. “The Atlantic League is unique in that you have to find your own players, but their experience goes beyond income and that’s an advantage we have as we build our roster.”

“It’s going to be interesting to build an organization on the baseball side,” said Perone. “I know we will have good candidates. We have a long-term vision and having the right people around me will be the key to our success … I will be more involved with the baseball team. [than in the past]. “

Catsimatidis and SI Borough President James Oddo agreed with Shuffler, doubling down on their feelings for Perone and his Staten Island baseball mission.

“After speaking with Gary, it quickly became apparent that we share the same passion for building a year-round entertainment venue,” Catsimatidis said. “The people of Staten Island want success and Gary will help us provide Staten Island with a vibrant sports and entertainment complex with high quality baseball and concerts and festivals all year round. ”

“The Owners Group has promised us a team that is completely Staten Island centric and there are very few people over the past two decades who have embodied Staten Island baseball more than Gary Perone,” noted Oddo. “I know how eager he is to take on this challenge and I think the property has once again taken the right approach to ensure our new team is competitive, fun, local and totally immersed in all things Staten. Island. “

Perone and the company will be turning their attention to hiring coaches and executives as the new year approaches. The team name will be announced next month and the coaching staff is expected to be finalized by January. Trials for players will also arrive in the New Year.

Nevertheless, he has already started to prepare promotions and other events.

“These are the fun things,” Perone said. “We can build together. We have some great ideas and want to ask the people of Staten Island what they would like to see. We prepare the stadium, interview the staff and set the people up to represent Staten Island in the right way. “

The new general manager plans to host graduation ceremonies, concerts and baseball / softball championship games at all levels from Little League to high school and college. The venue is also expected to host other sporting events.

“We have a very unique backdrop,” said Perone, alluding to the New York skyline beyond the outfield wall. “No one can claim this but this stadium. It’s their “playground”, it’s going to be fun. You can do a lot of good things here.

“I am delighted to work with everyone here,” he added. “I cannot thank Eric Shuffler, John and Margo Catsimatidis and Randy Levine enough for this opportunity. I am very happy that they chose me and my family to represent them. We have a fun new thing coming up, and it’s going to be awesome. “