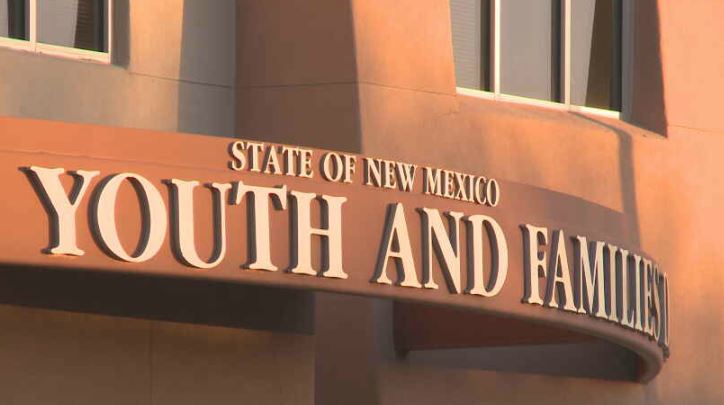 ALBUQUERQUE, NM (KRQE) – Two senior staff from the Children, Youth and Family Department raised concerns about the public agency, including the use of the delete message app Signal. Then they were fired. Cliff Gilmore was hired as a CYFD Public Information Officer in November. His wife was hired in December to head CYFD’s new children’s rights office. They were both fired on May 6.

At the end of last month, the CYFD came under fire for using Signal, an app in which staff messages disappear. Some expressed concern that the CYFD could violate the Public Documents Inspection Act by suppressing public documents. Cabinet Secretary Brian Blalock defended its use on April 27. “We are not destroying anything that could be considered a public or public document,” Blalock said last month. “Everything that we are required to keep under IPRA, we absolutely keep.”

Before it was made public, a senior department official said he raised several concerns about the use of the app. On April 22, CYFD Public Information Officer Cliff Gilmore sent a letter to Blalock which read in part: “In light of an imminent media question about the use of the Signal app by the CYFD, I formally recommend the use of the app for official CYFD communication. and on official government apparatuses to be immediately shut down. ”

In the letter, Gilmore argued that the use of the app undermines public confidence in government institutions.

In an email response to Gilmore, Blalock argued that the use of the app had been carefully vetted by lawyers and executives and encouraged Gilmore to speak out about his concerns to CYFD’s privacy experts. “If we communicated, especially while people are working remotely under insecure channels to talk about children and families, we would not be doing our moral or legal obligation to keep this information secure and private,” Blalock said. April 27.

Gilmore said the Signal app was just one of many concerns he raised about how the department was handling things. He filed a reprisal complaint on April 2, but he did not even get confirmation that his complaint had been received until the end of the month. The following week, Gilmore said there was a meeting with cabinet officials who told him he served at the governor’s pleasure and his job had been terminated. His wife, Debra, also raised concerns about several issues, including Signal. She was fired at the same time.

The governor’s office said exempt employees like Gilmore can be fired at any time for any reason, and the administration does not comment on personnel matters. The CYFD said the Gilmores had had the opportunity to discuss their concerns, but that those concerns were only for public perception and not for careful legal assessment.

CYFD has since stopped using the Signal app. Gilmore said he had over 25 years of communications experience and had not received any negative reviews before joining CYFD. Here is the agency‘s full statement:

The Children, Youth and Families Department used secure messaging platforms such as Signal and paid encrypted Zoom accounts to communicate quickly and effectively during the pandemic, when normal work environments were no longer secure. The history of Searchlight has made it clear that we have consulted with CYFD lawyers, outside lawyers, IT and privacy lawyers. Even the attorney general’s office found no violations of the IPRA. The concerns raised by Cliff Gilmore, then PIO, were only about public perception and were not based on a careful legal assessment of IPRA or record retention requirements. The initial idea to use Signal came from a former PIO and current Acting PIO Charlie Moore-Pabst, and was solid.

Signal’s primary use was to mimic in-person or over-the-phone meetings, allowing state employees to immediately work on an issue as it arose. Here are some examples of Signal usage:

Children who contracted COVID or whose caregivers contracted COVID could be moved to safe places to recuperate or provide a safe environment when they could not be cared for by their resource parents who were also battling COVID , some of whom were hospitalized. The reported and paid and encrypted Zoom environments provided a secure setting to connect these children to temporary arrangements, and since each child’s needs are different, we could communicate securely and immediately to find locations that matched each child’s needs. . Each placement movement was correctly recorded in the CYFD recording system, FACTS, like any other placement movement.

As part of the pandemic response, CYFD Secretary Brian Blalock led emergency food and shelter operations (ESF6) for the state. Using messaging apps like Signal allowed the state to respond to issues in real time as they became known to ESF6. More than 26 million pounds of food and a similar amount of water were delivered to all corners of the state from the Navajo Nation after they closed their border at Jal in southeastern New Mexico when the only store a few kilometers away was facing supply problems and empty shelves. The state coordinated more than 35,000 nights of accommodation for those affected by COVID who could not recover safely in their homes, reducing the spread, and issues with our hotel shelter programs were easily resolved via Signal and Zoom in hours compared to days. To paint a story that these decisions were not recorded or maintained properly is simply wrong.

The Gilmores were given the time and opportunity to discuss their concerns with our privacy and security experts and were offered follow-up opportunities if they continued to have concerns. The CYFD supports a culture of accountability and will continue to be open to discussing concerns raised and, if they are legitimate, seeking appropriate solutions. CYFD continues to promote a collaborative environment with the best interests of New Mexico children.