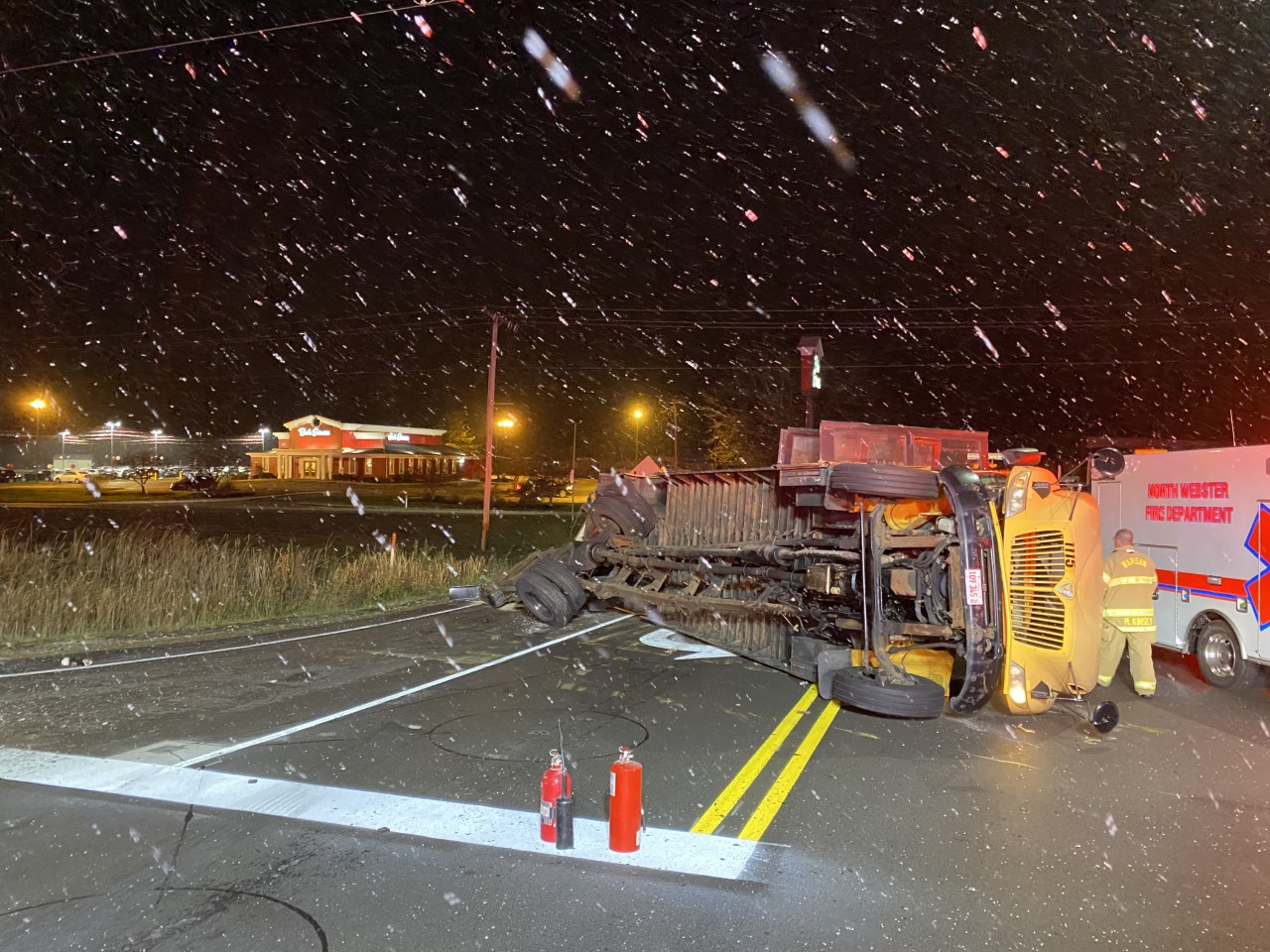 WARSAW, Ind. (WANE) – Three student-athletes from a Chicago high school hockey team were seriously injured when a semi-truck rammed the school bus they were riding in on Saturday night, police say.

In addition to the three seriously injured students, 13 other people on the bus were also injured, according to police.

Police said the bus was carrying 26 people, including two coaches, the bus driver and the St. Ignatius College Prep hockey team. The team was in Indiana for the weekend for a tournament. The team was dining in Warsaw, Indiana, and heading to a hotel at the time of the crash, police said.

Before the crash happened, police said they were tipped off by reports of a tractor-trailer swerving into other lanes and speeding up.

Warsaw police were on their way to ‘intercept’ the tractor-trailer when they were informed that it had hit a school bus. Several first responders responded to the scene and it was determined that several children had been injured, according to police.

Police said the ages of the student-athletes ranged between 14 and 17, with most being 15.

An initial investigation showed that one of the student-athletes was ejected from the bus as it turned, police said. The semi hit the rear right side of the bus.

US headlines: More news from The Hill, NewsNation and more on FOX4

Police said the semi had slurred speech and smelled of alcohol. The semiconductor failed a field sobriety test, according to Warsaw police.

Police asked the driver to consent to a chemical test, but police say he refused. A search warrant was granted, allowing officers to take the driver to hospital for a blood test.

The driver was identified as Victor Santos, 58, of Brooklyn, New York. He was charged with a felony of acting while intoxicated causing grievous bodily harm.

The accident is still under investigation.

New partnership helps more than 1,600 young athletes find a place to play in the winter

New partnership helps more than 1,600 young athletes find a place to play in the winter