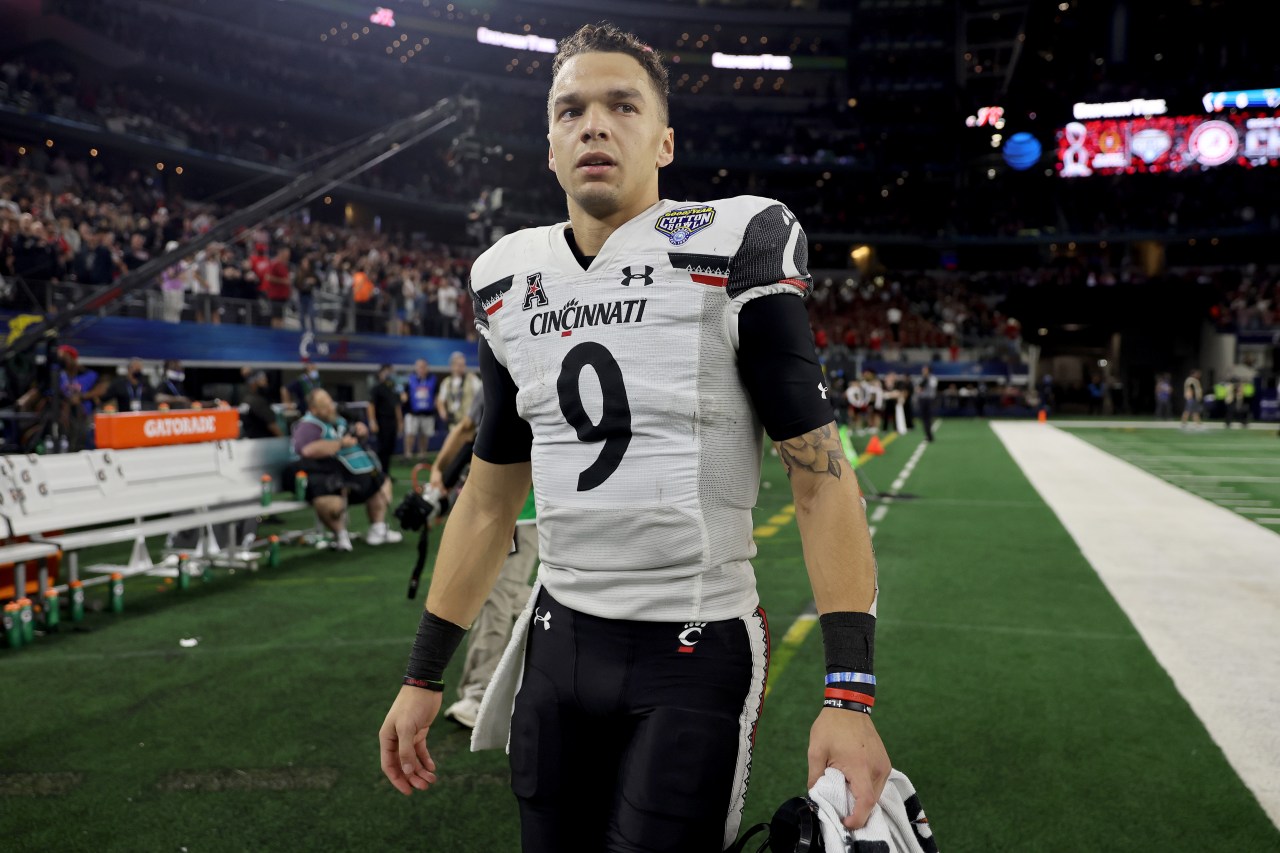 Saints can have cake, eat it too

NEW ORLEANS (WGNO) — This Thursday and Friday, the Saints can have it all.

In the first round, they can draft an offensive tackle and a wide receiver, and get their franchise quarterback, in the second round.

It can happen. With picks 16 and 19, the Saints can let the board come to them.

And, then in the second round, step up if necessary to draft Cincinnati quarterback Desmond Ridder.

Ridder ticks all the boxes.

He is a leader, a winner, a quick decision maker and he is very careful with football. In his final three seasons as a starter, Ridder threw 23 interceptions. This is exceptional ball security.

According to the University of Cincinnati, Ridder earned a degree in sports management in three years. His cumulative grade point average was a very solid 3.3.

So it’s all there for the saints.

In the first round, sign two starters who can help you go far in the playoffs this season. And, while that’s happening, prepare your quarterback of the future for 2023 or beyond.

Next year’s quarterback class will include potential stars Bryce Young from Alabama and CJ Stroud from Ohio State. But, the only way for the Saints to have a chance at one of those two is to be terrible (they won’t be), or spend a huge amount of draft capital to get into the top five picks. of the draft.

And, the Saints don’t have a 2023 first-round pick. He was dealt to the Eagles.

Former Rams and Redskins coach George Allen used to say the future is now. The Saints can draft right now, and a quarterback with talent and all the intangibles in Round 2.

Two SIUE wrestlers honored for their studies by MAC