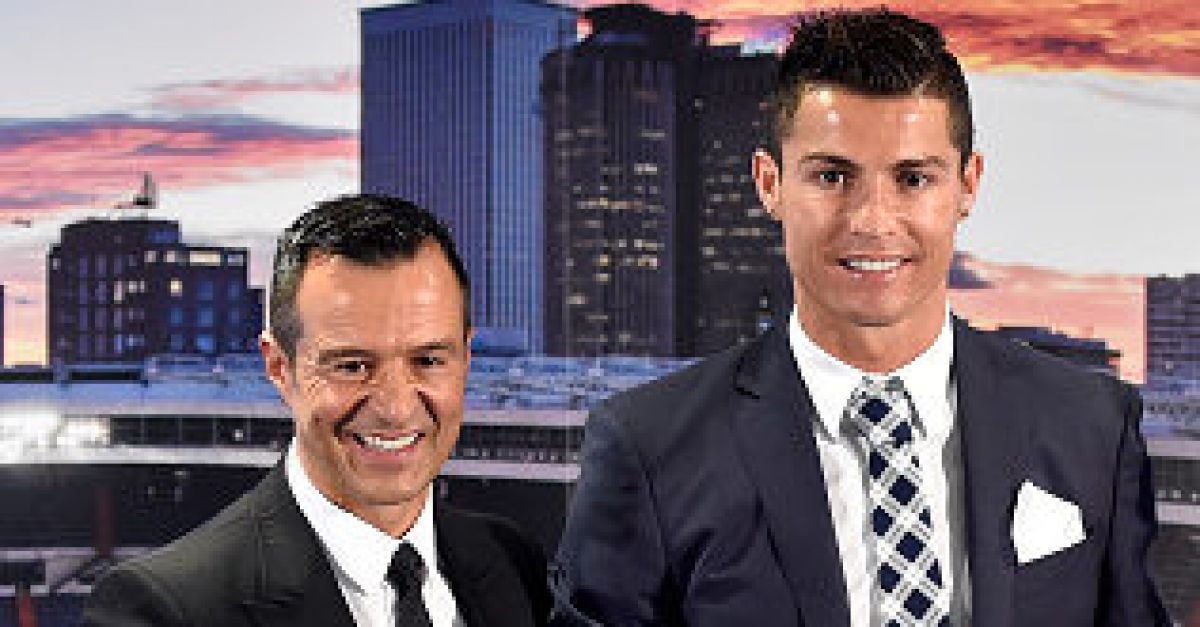 The pre-tax profits of the Irish arm of football’s ‘super agency’ Gestifute, which represents Cristiano Ronaldo, almost halved to € 27.62 million in 2019.

New accounts filed by Gestifute International Ltd show that it suffered the sharp drop in pre-tax income, with turnover falling from € 58.9 million to € 32.3 million.

The Irish firm paid 25 million euros during the year in dividends to its shareholders.

Gestifute was founded by super agent Jorge Mendes who represents Ronaldo along with recently appointed Roma manager Jose Mourinho and a host of other international players.

The main activity of the Irish company is to provide consultancy and marketing services to professional athletes and sports organizations.

The directors say the main business risk is the ability of clients to switch to other advice providers.

Forbes recently estimated Ronaldo’s 2020 earnings to be around $ 105 million (€ 86 million) and the Juventus player is the most followed athlete on social media with Instragam followers exceeding 200 million in 2020.

The Irish company is headquartered at One George’s Quay Plaza, George’s Quay in Dublin 2 and the directors say the company plans to continue its current business and current trading levels.

The accounts show that the Irish company’s tax bill for the year was 3.23 million euros and the company recorded after-tax profits of 24.3 million euros.

The controlling party of the company is Start SGPS, a company registered in Portugal which is the holding company of Mendes for its sports activities.