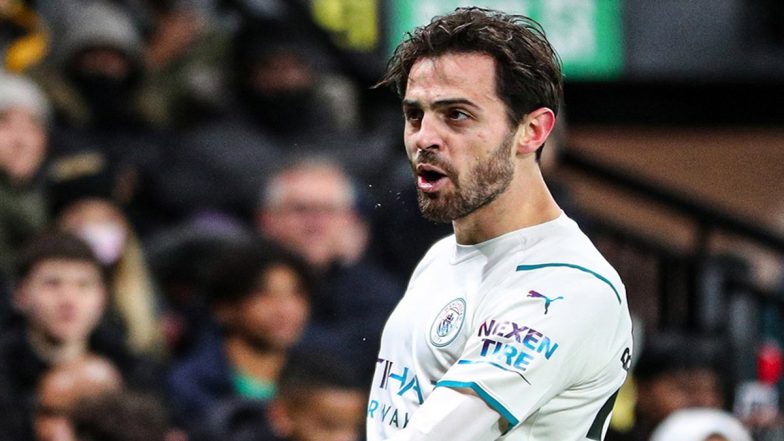 Bernardo Silva’s future at Manchester City remains uncertain as the midfielder has been linked with a move away from the Premier League champions. The Portugal international is on European champions Real Madrid’s radar as they are likely to choose to strengthen their squad after another sensational start to the season. Real Madrid 3-1 Sevilla, La Liga 2022-23: Late goals help Los Blancos beat visitors at Bernabeu.

According to a report by The National, Bernardo Silva’s agent Jorge Mendes has offered the player to Real Madrid. The Portuguese international was expected to leave Manchester City during the summer transfer window but ultimately decided to stay with the English club.

Bernardo Silva was heavily linked with a move to Barcelona this summer, with Manchester City asking for 100 million euros for the midfielder. The Catalan club tried to reach an agreement but due to their financial difficulties they were unable to reach a deal.

Because of this, Jorge Mendes has now offered his client to Real Madrid as the footballer is still looking for a new club. Mendes hopes the European champions could be a possible destination for the Portuguese international.

Barcelona manager Xavi wanted the signing of Bernardo Silva and it is understood the club are still looking for a way to complete the deal. However, with Real Madrid in the picture, it will be more difficult for the Catalan side to achieve their primary goal.

(The above story first appeared on LatestLY on October 24, 2022 at 11:55 PM IST. For more news and updates on Politics, World, Sports, Entertainment and Lifestyle , log in to our website lately.com).