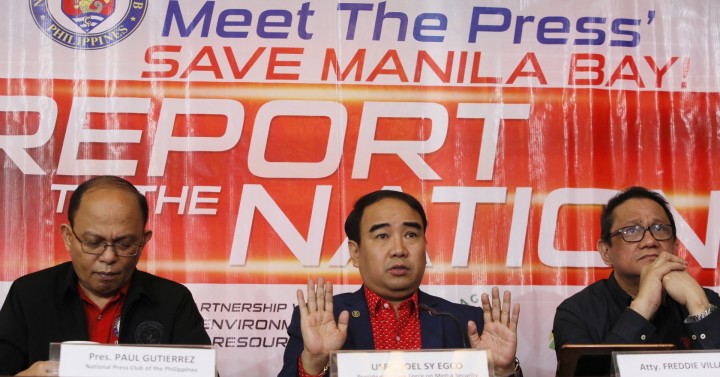 MANILA – Under Secretary Joel Sy Egco, Executive Director of the Presidential Task Force on Media Safety (PTFoMS), commended the Philippine National Police (PNP) for the arrest of Datu Harris Ampatuan in Cotabato City, one of suspects of the Maguindanao massacre in 2009.

“I commend the men and women of the PNP’s Criminal Investigation and Detection Group (CIDG) led by Brig. General Eliseo Cruz for the arrest of Datu Harris Ampatuan, one of the defendants in the 2009 massacre that claimed so many lives. As a member agency of this Presidential Task Force, we salute you for tirelessly answering the call for justice,” Egco said in a press release Friday.

Described as one of the worst election-related violence in Philippine history, an estimated 58 people, including 32 journalists and media workers, were killed on November 23, 2009 while in a trailer to attend the deposition of Buluan Vice Mayor, Esmael Mangudadatu, for the 2010 gubernatorial elections in Ampatuan, Maguindanao.

“I assure you that we at the PTFoMS solemnly pledge that we will not allow this horrible tragedy to happen again. This is why we have put in place several proactive measures to protect media workers this election season in collaboration with the PNP, such as the designation of Media Security Vanguards in every city, province and region of the country,” Egco said.

At the request of Egco, the PNP has designated its nationwide Public Information Officers (PIOs) as the PTFoMS Media Safety Vanguards, as they act as the first line of defense for workers in the media, especially during elections, when incidents of media violence are expected to increase.

The PNP reported that Datu Harris was arrested by CIDG Maguindanao Field Unit personnel on April 20 in the Bangsamoro Autonomous Region in the Muslim Mindanao Compound in Cotabato City, under the arrest warrant issued by Judge Jocelyn Solis Reyes of Quezon City Regional Trial Court (RTC) Branch 221 against the suspect on 43 counts of murder.

It was reported that Datu Harris, who had a bounty of PHP 300,000 under DILG Memo 2010-76, was part of the Ampatuan private army and was among those who attended the meetings where the Ampatuans planned the massacre.

“The Duterte administration has made it a priority to bring everyone involved in the Maguindanao massacre to justice. There is no escaping the law. It is only a matter of time before all those responsible for this massacre are put behind bars,” Andanar said.

Egco said the task force is relentless in overseeing and monitoring manhunt operations against suspects still at large. Datu Harris’ arrest came after an ongoing directive from the task force asking all law enforcement agencies to step up the manhunt for the remaining suspects.

On December 19, 2019, Judge Reyes convicted Datu Andal Ampatuan Jr. and Zaldy Ampatuan, the masterminds of the infamous Maguindanao massacre, of 57 counts of murder and sentenced them to life imprisonment without parole. Twenty-eight other co-defendants, including police officers, were also found guilty of 57 counts of murder and sentenced to 40 years, while 15 other defendants were sentenced to 6 to 10 years for being accomplices to the crime .

Egco said the sentencing was a product of President Rodrigo Roa Duterte’s overwhelming support for the victims of the massacre.

The PTFoMS was established by President Duterte in 2016 as an interagency task force directly under his office to address perceived impunity in the killings of journalists that transpired during previous administrations.

In the recent World Report 2021-2022 on “World Trends in Freedom of Expression and Media Development” published by UNESCO, it highlighted the Philippines as one of the very few countries in the world to have adopted “ good practices and positive measures” in terms of personal safety. journalists.

The UNESCO report also cited the creation by the Philippine government of a “special task force for the safety of journalists”, which is now being emulated in other parts of the world. (PR)