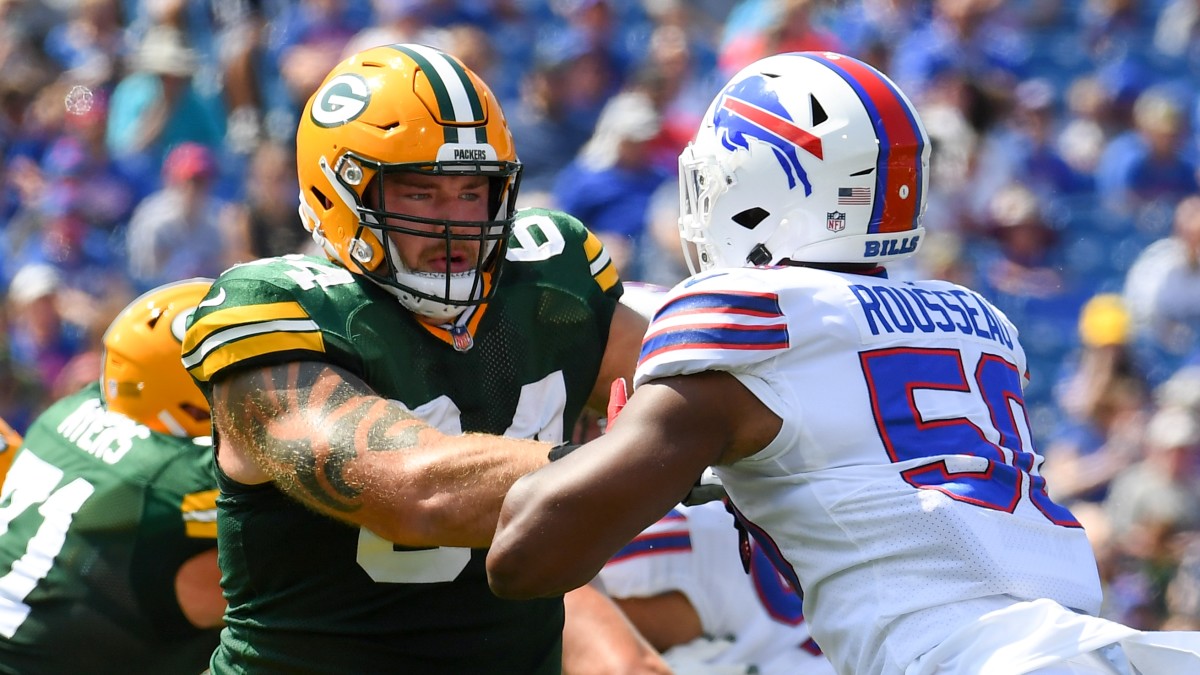 GREEN BAY, Wis. – When your team should be in the neighborhood of $50 million over the salary cap, like General Manager Brian Gutekunst’s Green Bay Packers, tough decisions have to be made.

There are also smaller questions, like what to do with the players in the 16-man practice squad.

Those are nickel-and-dime questions compared to some of the megabuck questions on the road to dropping below the salary cap by the start of the league year on March 16. But they illustrate the challenges ahead for Gutekunst.

Here’s the end-of-season practice squad, along with what they’ll be named from an experience standpoint in 2022. They’re listed by experience. Those with an asterisk received a futures contract; the rest are free agents.

Now, there is a difference between accumulated seasons (based on weeks on the roster, as shown above) and credited seasons (based on games played). Thanks to Ken Ingalls, an independent salary cap analyst who studies the Packers, for helping me understand the differences and what they mean for player salaries.

Gutekunst did not retain their five most experienced players from the training squad. That includes Moore, who shone as a punt returner in Week 17, and Kalambayi, whose NFL resume consists of solid special teams play. Remember, when coach Matt LaFleur spoke after the season, he focused on special teams and personnel, not coordinator Maurice Drayton. Two players who could help were not brought back.

Two notable sophomores, Anderson and Braden, were also left out. Braden was in the running for a starting job during training camp and can play three positions. Anderson passed Jack Heflin on the depth chart on the stretch.

McIntosh and Anderson were practice squad protections for the playoff game, meaning they couldn’t be poached by another team. In fact, McIntosh was protected throughout the second half of the season. So the Packers saw value in him for this season. But not for next season.

It’s either a hell of a coincidence or Gutekunst was pinching pennies because, well, he needs to pinch pennies. Not keeping Moore, Kalambayi, McIntosh, Kaufusi and Malone saved the Packers $4.895 million, overall, and $1.37 million in cap space. (This time of year, only the top 51 players count towards the cap, so those five players would have eliminated five players earning the $705,000 minimum.) Keeping second-year players Anderson, Braden, and White would have added even more on the ceiling.

Because they haven’t re-signed their entire practice squad, they’ll likely have a bumper crop of undrafted free agents to get their 90-man roster to take to training camp. As it stands, even if the Packers kept each of their veteran free agents, a roster headlined by Adams, Campbell, cornerback Rasul Douglas and tight end Robert Tonyan, they would only have 66. If they end up with nine draft picks (one for each round and two compensatory picks), they would be down to 75 players.

Of course, there’s no way the Packers are keeping all free agents. Even so, there would be room on the roster for 15 undrafted free agents. Last year, they signed seven.

List building is always a matter of give and take decisions. Finances are always a consideration, but they will be more important this year than ever before.