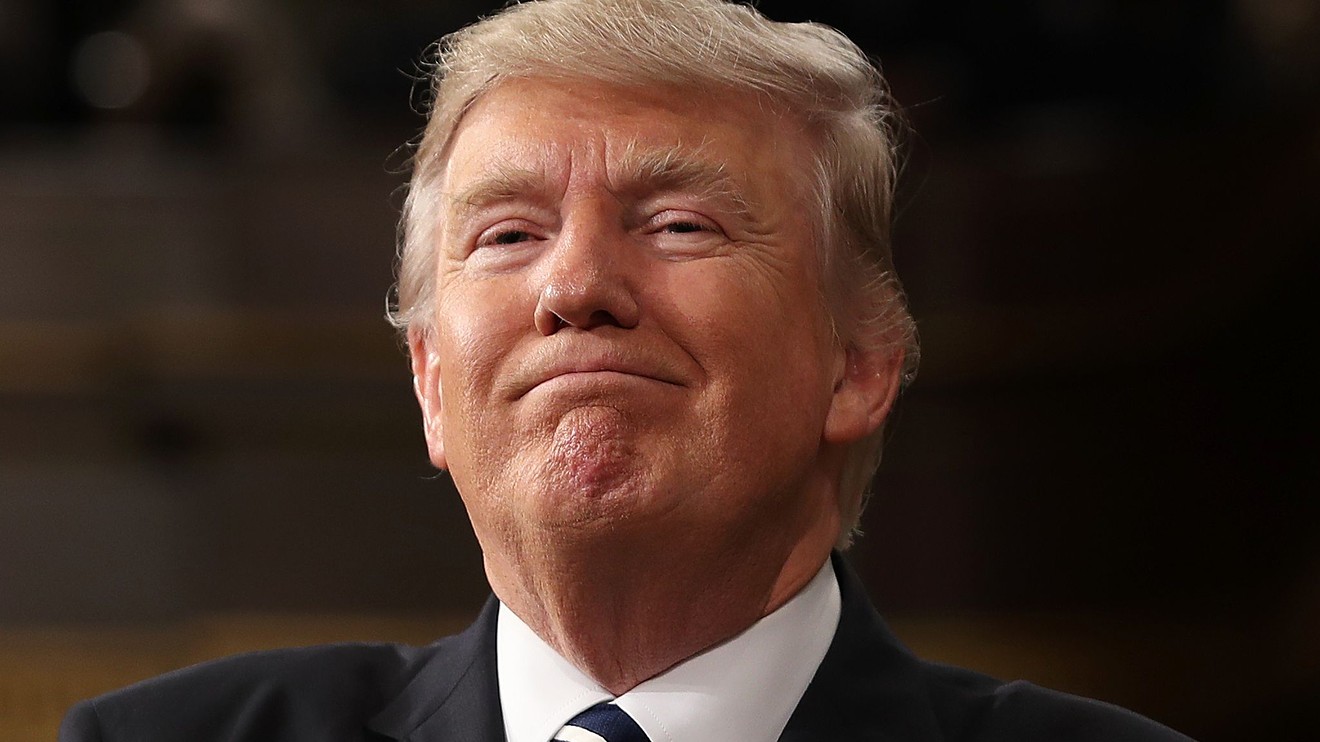 Opinion: This liberal painfully admits where Donald Trump is doing it right

I’m a liberal Democrat from Massachusetts and would have voted for George McGovern for President in 1972 if I hadn’t been 12 at the time. I’ve never voted for a Republican in my life, and I certainly didn’t start last November. I have very little respect for Donald Trump as a businessman and even less for him as a politician. I remain positively perplexed that a sufficient number of my fellow Americans in the right combination of Florida, North Carolina, Pennsylvania, Michigan and Wisconsin could have voted for a man of such temperament and intellectually ill-suited for the post. President of the United States.

But – and it pains me to write this – as misguided as I think Trump was pretty much everything he did in his first five weeks in the Oval Office, there’s a huge thing about which he is right: Wall Street.

He is absolutely right to seek to change the onerous financial regulations that reigned over both the big Wall Street banks and the smaller, more local banks in the aftermath of the 2008 financial crisis. on this fundamental and fundamental question that my like-minded Liberals are completely wrong.

They would like to impose more regulations on Wall Street. Big mistake. They would love to break the big Wall Street banks, and had even introduced legislation in recent years to do just that – and it would be even more wrong. They argued that anyone who has ever worked on Wall Street should not be allowed to work in Washington – staggering and downright discriminatory.

The Liberals find every aspect of Trump’s policy repugnant, and I understand that. He is disgusting. But he is largely right about how to reform finance and Wall Street, whether most liberals like to admit it or not.

We need to have a factual understanding of what Wall Street is and what it does. Think of it – and banks in general – as the magnificent engine of capitalism, taking money from the people who want to save it or invest it – the bank depositors – and competitively allocate it to those who want it or need it to start, to grow, or to support businesses around the world, and which provide so many of us with the jobs and income we need and want to live better and more lives fulfilling. It is the envy of the world, and it has made the United States the dominant economic power over the past century.

You might think banks are bad, but I bet you love your iPhone. You probably love your mortgage, 401 (k), car, big screen TV, and Facebook too. If you do, you love what Wall Street is doing and you should want to do it.

But in the wake of the financial crisis, politicians and regulators in Washington threw sand into the gears of the fine machine. It was an understandable populist reaction to the real pain and suffering that Wall Street, in large part, had caused the American people by wrapping up shoddy mortgages and then selling them around the world as investments. AAA rated, although many bankers knew it. they weren’t. It was wrong.

This bad behavior should have been prosecuted by Eric Holder’s Justice Department, but it was not, not in a way that satisfied the American people, that bad behavior would not go unpunished. We needed to be held to account for the wrongdoing by bankers and traders, but instead we had an overwhelming market bureaucracy designed to turn banks into public services.

But, of course, banks are not public utilities and should not be treated or regulated like these. Providing capital to those who want it is not the same as providing electricity. Banks must take risks – we hope cautious – in order to feed the next Apple, Google, Microsoft or General Electric when they arise. Reducing overly burdensome regulations on banks will force them to lend again to the next group of American companies that have the potential to change the world. Rewarding bankers, traders, and executives for taking smart risks, while punishing them when they make mistakes, will also help our economy grow rapidly.

Trump is right that there should be a smart and thoughtful reform of the onerous provisions of the rules and regulations imposed on banks in the aftermath of the 2008 financial crisis. The Dodd-Frank Act, passed in 2010 to re-regulate banks, is over 800 pages long and almost opaque. Over 20,000 additional pages of rules and regulations followed in its wake. Most people don’t know what this mountain of paper is forcing banks to do. Some of these – which require higher capital requirements for big banks, less leverage, than derivatives traded on exchanges, even the much maligned Consumer Protection Financial Bureau – are worth the effort and should be kept. . But much of the law, and its various unfulfilled mandates, should be rejected.

Investors in the stock markets appear to be comforted – even euphoric – by the overhaul of financial regulations that Trump has promised. Since its unexpected election victory, the Dow Jones Industrial Average has skyrocketed and now exceeds 21,000, after being stuck around 17,500 for the last few years of the Obama administration. Over $ 2.5 trillion in paper wealth has been created for people invested in the US stock markets.

It remains to be seen if the upward movement in stocks can be sustained, of course, but at least in that isolated but very important aspect – reducing regulation on Wall Street – the otherwise utterly irresponsible Trump administration is on to something. .

Now read:Rex Nutting says Donald Trump and Gary Cohn are wrong in their claims that Dodd-Frank is killing the economy

William Cohan is the author of “Why Wall Street Matters», Posted on February 28. Follow him on twitter @WilliamCohan

Used cars in the fast lane