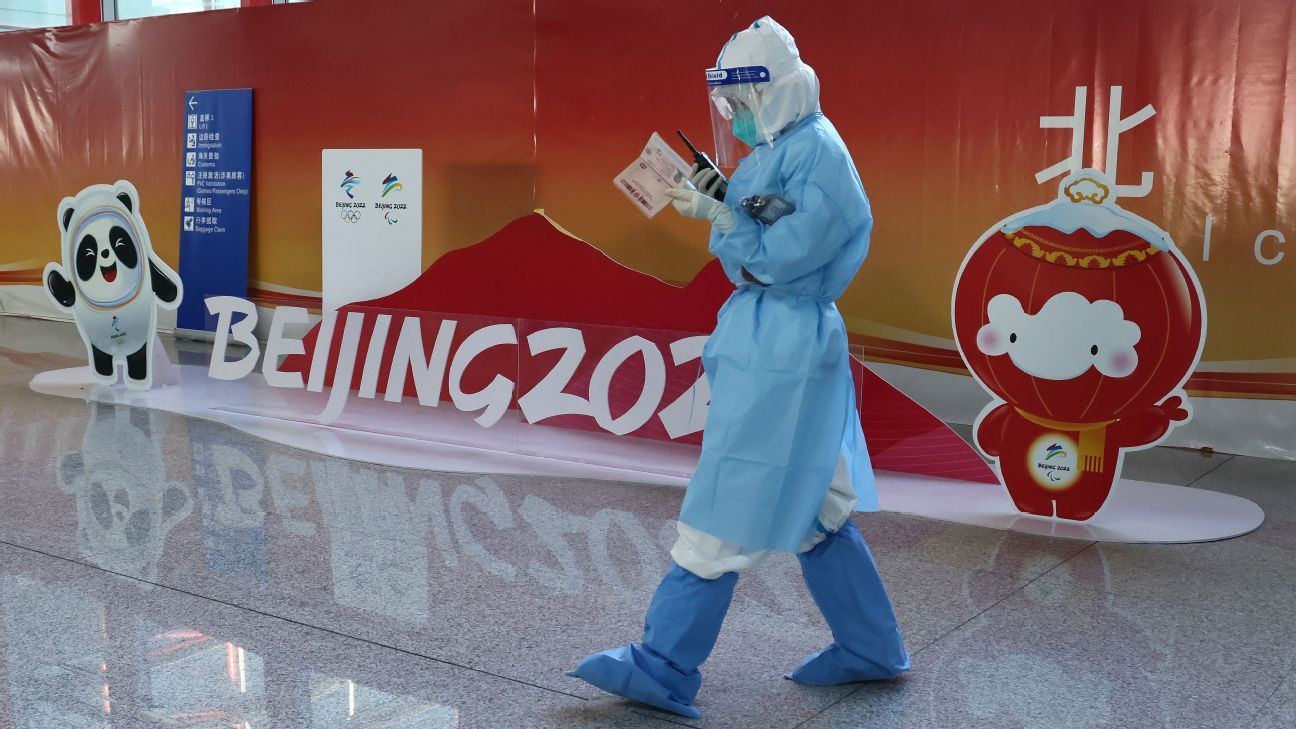 BEIJING — Athletes and team officials are testing positive for COVID-19 at much higher rates than other people arriving in China for the Beijing Olympics, organizers said Tuesday.

Figures released by local organizers showed 11 positive tests for COVID-19 among 379 athletes and officials who arrived on Monday. They have been taken to isolation hotels to limit the spread of infection and may miss their events.

The positive test rate of 2.9% for athletes and officials compared to 0.66% for Olympic “stakeholders”, a group that includes workers and the media, during the same period. There were 1,059 people in this category.

Over a three-day period, from Saturday to Monday, the positivity rate for athletes and officials was 40% higher than for other Olympic arrivals.

The rates were confirmed by PCR and other follow-up tests for tens of thousands of people at the Beijing Olympics who will live, work and train in gated communities separate from the general public. The Chinese government is pursuing a zero-tolerance public health strategy.

On Monday, the infection rate from testing those already inside Olympic bubbles was 100 times higher for athletes and officials than for workers. Five of 3,103 tests from the athlete-officials group were positive against just one of more than 60,000 daily tests from “stakeholders”.

A total of 200 positive tests for COVID-19 have now been recorded at the Olympics since January 23. Of these 200, 67 were athletes and officials. The “stakeholders” represented the remaining 133.

Among the athletes who tested positive in Beijing is Hong Kong skier Audrey King, who arrived from a training camp in Bosnia and Herzegovina. King told the South China Morning Post that she had no symptoms and was optimistic about skiing in the women’s slalom on February 9.

The oldest athlete representative on the International Olympic Committee, two-time Olympic hockey medalist Emma Terho, is also in a hotel in isolation after testing positive on arrival.

“Even though this is not the start I envisioned, I was happy to see that the protocols Beijing 2022 has in place are working well,” wrote Terho, an IOC member from Finland who sits on the Beijing Executive Board. Olympic body, on its Instagram account. Account.