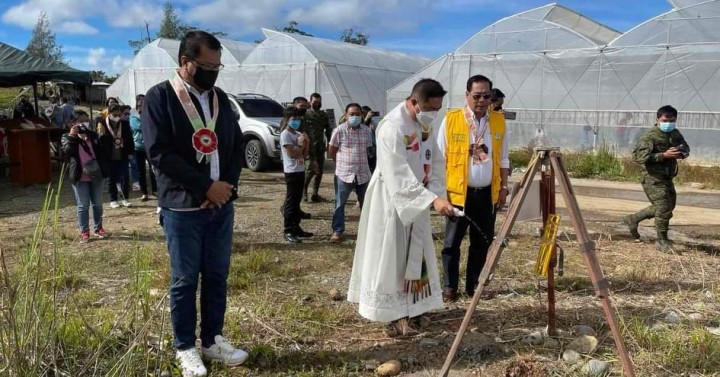 The BDP is a flagship program of NTF-ELCAC whose ultimate goal is to bring development to former conflict-prone communities.

Ancient provincial engineer Inocencio Dajao said on Friday that construction of the two projects began in early December last year, although groundbreaking was on December 15.

A drainage system has been installed to avoid flooding on the side of the road, which is done before the road surface.

“The road from Sitio Apong, Barangay Cabladan to Sibalom to Barangay Aningalan to San Remigio has a total length of two kilometers. Considering the budget of PHP 12 million, the concreting could only reach 800 meters,” he said.

Dajao added that the remaining kilometers will only be done as feeder roads until there is an additional budget for its concreting.

Out of the PHP 20 million allocation, the Municipality of Sibalom only allocated PHP 12 million for the construction of the FMR while the remaining funds were earmarked for the electrification of 33 households in Sitio Costan, the construction of a two-unit school building at Sitio Apong and Sitio Tiguidan, and the construction of Level II Water System at Barangay Cabladan.

On the other hand, only two of the five kilometers of road linking Barangay Aningalan to Barangay Bulan-bulan will be concreted thanks to the PHP 20 million fund.

“The provincial government is also allocating an additional PHP 2.5 million so that the concreting of the road from Barangay Aningalan to Barangay Bulan-bulan can be extended,” he said.

The two road projects are expected to be completed between March and April this year, Dajao said.

Department of Interior and Local Government (DILG) Provincial Director of Antiquities, Cherryl Tacda, said in a separate interview that the two beneficiary barangays in Sibalom and San Remigio municipalities had been downloaded with funds. of PHP 20 million each by the Department of Budget and Management (DBM) on April 19, 2021.

“The budget for the two municipalities has been directly transferred by DBM to the provincial government of Antique which will implement the projects,” she said.

The two barangays are among 822 barangays formerly established as Communist Party of the Philippines (CPP)-New People’s Army (NPA)-National Democratic Front (NDF) guerrilla fronts in several parts of the countryside that had received a total of one financing of PHP 16.44 billion.

The ELCAC program is the government’s nationwide approach to combating insurgency in the countryside.

The CPP-NPA is listed as a terrorist organization by the United States, European Union, United Kingdom, Australia, Canada, New Zealand and the Philippines.

The Counter-Terrorism Council also officially designated the NDF as a terrorist organization on June 23, 2021, citing it as “an integral and distinct part” of the CPP-NPA which was established in April 1973. (NAP)

COVID-19 is spreading like never before in the Americas, health agency warns