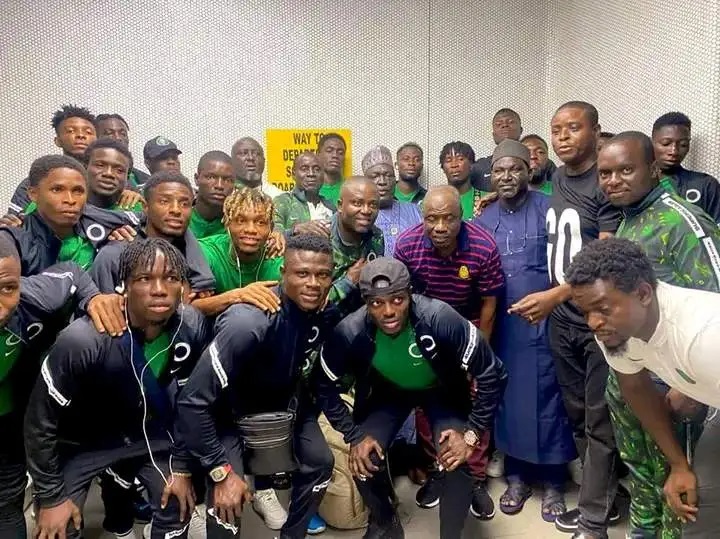 Although the prospect of playing Olympic Games should be motivation enough for the Nigerian U23 team, the team under coach Salisu Yusuf have been given an extra financial incentive to overcome the Tanzanian hurdle.

On Saturday afternoon at Lekan Salami Stadium, Adamasingba, Ibadan, the Nigerian U-23s will take to the pitch for their African qualifier second leg against Tanzania.

After putting up a good fight in a 1-1 draw in the first leg played in Dar es Salaam, the team are in good shape to qualify for the final round of the first phase of the qualifiers.

As further motivation to get the job done against their East African opponents, Oyo State Governor Seyi Makinde and a few other sports administrators made various money pledges to the Olympic Eagles.

The promises of the dollar and the naira

Indeed, the U-23 team has no excuse but to produce the result it needs to progress. Topping the list of monetary rewards for the Olympic team is Governor Makinde, who has pledged $25,000 to cheer the Nigerian team to victory over Tanzania, which will propel them to the final round of the Olympics. qualifiers against Uganda or Guinea.

Mr. Makinde made this known during a dinner with the U-23 boys at the seat of government, Agodi, in the presence of the Deputy Governor of Oyo State; Speaker of the House of Assembly; Sharif Rabiu Inuwa, Sunday Dele-Ajayi and Babagana Kalli (NFF Board Members); Seun Fakorede, Oyo State Sports Commissioner; Tade Azeez (President of the Association of Referees of Nigeria); James Odeniran (Chairman, Oyo State Football Association) and; NFF management staff.

During dinner, Mr. Makinde gave the team a sum of N10 million before the game, while promising that he would donate the dollar prize money immediately after the game.

READ ALSO: One dead, 16 rescued in boating accident in Lagos

“I come to the stadium with the money; so it’s not a round trip promise. I will give you the money once you win.

Additionally, Bukola Olopade, a member of the NFF Youth Competitions Task Force and CEO of Nilayo Sports Management Limited, has pledged the Olympic Eagles $5,000 for a win against Tanzania tonight in Ibadan.

Super Eagles captain Musa has pledged 500,000 naira once they win on Saturday.

In the space of seven months, Nigeria have missed out on qualifying for major competitions; including the Qatar 2022 World Cup.

Salisu has just finished serving a ban from FIFA for inappropriate behavior; he was part of Austin Eguavoen’s team that failed to qualify the Eagles for Qatar, and lately he failed in his quest to lead the home side Eagles to the CHAN tournament. So this is a great opportunity for Coach Salisu to redeem his battered image.

Although present at the Rio Olympics in 2016 where it won a bronze medal, Nigeria was conspicuously absent from the Tokyo Olympics.

Of Nigeria’s many national challenges, which do you think the next president should focus on first?

Support the integrity and credibility journalism of PREMIUM TIMES

Good journalism costs a lot of money. Yet only good journalism can guarantee the possibility of a good society, an accountable democracy and a transparent government.

For free and continued access to the best investigative journalism in the country, we ask that you consider providing modest support to this noble endeavour.

By contributing to PREMIUM TIMES, you help sustain relevant journalism and keep it free and accessible to everyone.