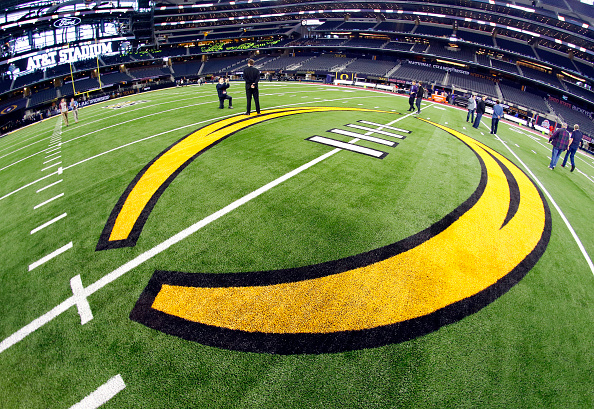 With the NCAA allowing NIL compensation, student-athletes were finally granted the right to earn income for the use of their name, image and likeness. We have written a series of articles exploring various issues related to NIL compensation. Among these, we have focused on payment logistics. We have proposed that colleges exercising control over the negotiation and payment of agreements raise, among other things, Title IX issues. In recent months, however, student-athletes have crossed a new frontier that poses new challenges. The question is simple: are student-athletes employees? Some courts have held on a preliminary basis that complaints alleging employee status, at the very least, survive motions to dismiss. Ultimately, however, we wonder if this would be a positive development for student-athletes. Overall, we believe NCAA athletes should not want to be employees.

Student-athletes have been pushing for years for more protection and freedom. So receiving the benefits of employee status should be considered a good thing, right? On the protection side, this may Be honest. That said, this protection would come at a cost.

Indeed, our first rationale for concluding that NCAA athletes should not want to be employees centers on the types of contracts the school may then require. Currently, student-athletes receive various benefits. These include, for football players, a scholarship covering all tuition, accommodation and meals. Benefits also include an annual stipend which varies by school. Less obviously, benefits include, for most Division I schools, health insurance benefits, catastrophic injury benefits, and impairment insurance protecting against loss of income for terminating injuries. to the career.

Additionally, student-athletes have limited rules governing their presence on social media. They can currently move fairly freely from one school to another. Finally, they generally have the freedom to negotiate their own NIL agreements.

Receiving the employee designation would cause schools to pursue various contractual provisions that limit some or all of these rights. Schools could, for example, limit athlete participation in certain organizations or limit social media posting to avoid issues those schools deem controversial. It turns out that these are not the only freedoms that can be limited.

Student-athletes have fought for years for the rights they now enjoy. The NIL compensation, for example, took decades to be approved. The same goes for the current freedoms of the transfer portal that they now have. At this time, outside of collective licensing agreements that allow student-athletes to receive money, athletes do not need to share their compensation with their schools or teammates. These gains come from the substantial efforts of thousands of interested parties.

Schools will undoubtedly tip the balance of control in their favor if they are to treat athletes as employees. Think about it. Student-athletes and their advocates argue that if a head coach can freely leave a school on short notice for a “bigger and better” opportunity, then student-athletes should also be able to freely change schools. This dance was… tricky.

While this point about coaches remains, how does the analysis change if athletes are also employees? A coach, after all, usually doesn’t leave without paying a negotiated buyout. Schools could just as well negotiate a player buyout fee (albeit commensurate with the benefits new hires would receive) before releasing a player from their contract. In fact, we suspect schools would push hard for this kind of provision.

Additionally, schools could exert more control over a student-athlete’s sponsorship deals than they currently do. This is because professional sports leagues have certain controls that limit certain types of sponsorship deals, particularly when those deals use trademarks owned by the leagues, teams, and player associations. The leagues would have more control without player union negotiations. Players pay large sums each year to fund these unions. So unless varsity athletes form a union and pay the resulting costs, schools would undoubtedly exercise more control over endorsements than their professional counterparts.

For almost every other sport, however, the school loses money. In common parlance, we call them non-paying sports. Typically, they involve the Olympic sports programs like gymnastics teams, swim team, track and field team, etc. In other words, Olympic sports programs cost more to maintain than they generate revenue. Now most Power Five schools Continued than make up for losses through their income-generating sports.

If schools have to add student-athlete salaries, benefits, workers’ compensation premiums, etc., to the expense side of the ledger, what do those numbers look like then? Keep in mind, of course, that Title IX will require the benefits to be distributed fairly evenly across all sports. That $17 million margin in Alabama quickly evaporates under these circumstances. Where do fans and athletes think the cuts will be made? The first cuts will be without a doubt come to the Olympic sports programs. Accordingly, NCAA athletes should not want to be employees precisely because such status can kill their programs.

A potentially hidden trap here comes from the IRS. In most cases, under the current framework, a student-athlete does not have to pay tax for his scholarships. IRS rules very clearly clarify, however, that where tuition, room, board and other benefits result from an employment relationship (eg, graduate assistant), these benefits become taxable income.

That might not seem like a big deal to QB1 in a blue blood program that would generate substantial income for any salary component that comes from employee status and endorsement deals. This athlete would have enough income to pay the taxes. How about, however, a rising star first-year diver who wouldn’t claim a higher salary than the scholarship benefits? How does this athlete pay the taxes due on these benefits? Or what about the third-year snapper who recently received a scholarship to, say, Stanford? Do we expect this player to command “salary” and endorsement agreements to cover the approximately $90,000.00 worth of scholarship benefits?

We will certainly follow this development closely, but we wonder aloud if the lawyers handling these cases have fully informed their clients of the potential consequences.