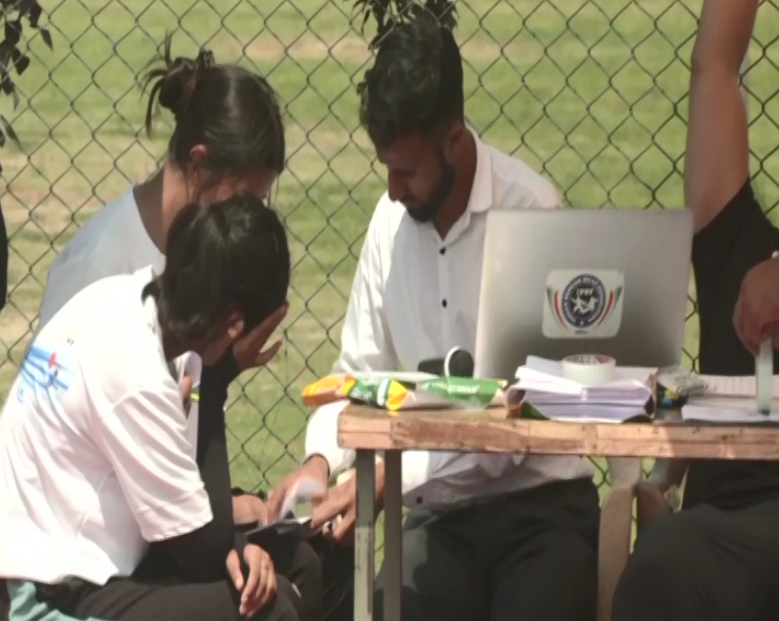 Srinagar (Jammu and Kashmir) [India]September 6 (ANI): Over 200 athletes from 12 districts of Jammu and Kashmir participated in the JK Summer Ice-Stock Championship organized by the J&K Ice Stock Association and the J&K Sports Council.

Participants came from across the Union Territory for the event, organized as part of the “My Youth My Pride” initiative, and competed in various categories including team play, target play, the distance and the individual target.

The sport-ice stock is traditionally played on an ice surface, but to increase its reach to other parts of the globe, the championship is also played on concrete surfaces during the summers.

Previously, it was limited to Germany, Austria and Italy.

The players practice the sport with great enthusiasm while preparing for the winter championships which are played on snow.

One of the players at the event, Ubaid Khan, called the sport a game of balance.

“It’s the game of balance in which your neuro-muscular coordination is seen…the person who excels in this game is known to have all of these components of a person’s ability to balance and coordinate,” Ubaid Khan told ANI.

Another player called it the perfect platform to showcase their skills.

“It’s a state level championship and so it’s a great platform for us to showcase our state. After qualifying from here, we can also compete in national and international championships. So, it’s a very good thing for us,” said Saleeka Tariq, adding that the event is very beneficial for the players as it keeps them physically and mentally fit.

Meanwhile, the coach and co-organizer of the event, Irfan Aziz Botta, informed that the sport has recently made its way into the recently held 2020 Olympics.

“We gathered here today for the summer version of the J and K Ice Stock Championship. This was recently confirmed in the 2020 Olympics held recently and since sports people cannot stay inactive for nine months, the federation has created a summer version as winter is far away and only stays for a period of three months,” Botta said. (ANI)

This report is generated automatically from the ANI news service. ThePrint declines all responsibility for its content.