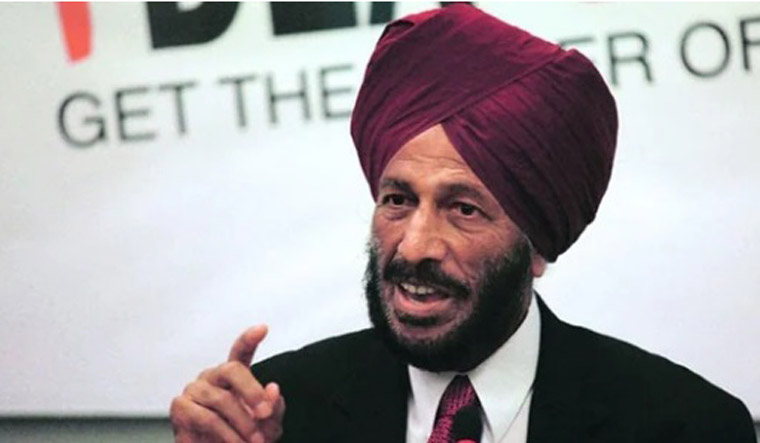 Milkha Singh is no more. The 91-year-old sprinting legend, whom generations of Indian sports fans have come to know, died in Chandigarh on June 18 due to post-COVID complications. Or quite simply, he didn’t want to live without Nirmal, his 58-year-old soul mate and partner who died five days earlier on June 13. He is survived by three daughters Dr Mona Singh, Aleeza Grover and Sonia Salwalka, and his son Jeev Milkha Singh. .

The life and legend of Milkha Singh are well known and documented in Indian sports annals, through school books, movies and even Bournvita quizzes. The quadruple Asian Games gold medalist was India’s most famous track athlete. He won the track gold medal at the Tokyo Games in 1958 (200m and 400m) and at the Jakarta Games in 1962 (400m and 4x400m relay). He was also the 1958 CommonWealth Games champion in the 400m race.

But it was and always will be about the one he didn’t win: the Olympic Games in Rome in 1960. He missed the bronze medal by 1 / 100th of a second. No Indian has been so close to an Olympic final race. There were sprint starts. Gurbachan Singh Randhawa, for example, won the gold medal in the decathlon at the 1962 Asian Games and finished fifth in the 110m hurdles at the Tokyo Olympics in 1964. There was also PT Usha, the golden girl of the Indian athletics, but Milkha Singh has always been the greatest. His record and his achievements were the ones to beat.

This only happened 38 years after the Olympic Games in Rome in 1960. On November 4, 1998, 26-year-old policeman Paramjeet Singh broke Milkha Singh’s national record of 45.73 over 400m in the Indian National Open Athletics Meet in Kolkata. In Rome, Milkha Singh had run on an ashy track and her performance was recorded manually, but Paramjeet ran on a synthetic track with electronic timers in operation. Milkha questioned Paramjeet’s feat, asking how manual and electronic timings could be compared. He had previously offered a reward of Rs 1 lakh to anyone who broke his record.

It was his autobiography co-written by his daughter Sonia—The race of my life—that fueled the imaginations of a new generation, a generation that sadly did not have gigantic home athletic stars to admire. The book led to the making of the film Bhaag Milkha Bhaag, directed by Rakeysh Omprakash Mehra and starring Farhan Akhtar in the lead role. The film did justice to Milkha’s life and times and became a huge box office success, a rare feat for Bollywood sports biographies of this era. Milkha reportedly took Rs 1 to sell the film rights to her book, but insisted on sharing the film’s profits with the Milkha Singh Charitable Trust set up to help poor and needy sportspeople.

But the legend of Milkha Singh is not limited to her exploits on the track. It is also about the circumstances that shaped it. The bloody partition of India following independence saw young Milkha witness the murder of his family – his parents, a brother and two sisters – and his house set on fire in riots in Gobindpura, in the west from Punjab. Youngh Milkha escaped and reached Delhi. A struggle for survival ensued, and after two attempts, Milkha finally passed an army recruiting exam to become a jawan. At EME Secunderabad, his first assignment, he came under the tutelage of his first coach Havaldar Gurdev Singh. The nickname “Flying Sikh” was given by none other than Pakistan Army Chief General Ayub Khan, after Singh passed Pakistan’s Abdul Khaliq in an international race in Lahore.

His achievements on the athletics track saw him be promoted from jawan to junior officer. He then left the military to join the education ministry of the Punjab state government as director of sports. He was decorated with the Padma Shri after his achievement in 1958 and rejected the Arjuna Award which was later offered to him, declaring in his characteristic brutal manner that the award was aimed at young high achievers.

Life after retirement was all about family, grandchildren and golf. He could be spotted jogging around Sukhna Lake, near his home in Sector 8 in Chandigarh, where he settled after his retirement. Often seen following his son Jeev in action in golf tournaments, he spoke of golf with as much passion as he did of athletics. Life was settled after an eventful start. His wife Nirmal was the center of his life and his home.

Milkha Singh’s life was one of struggle, hard work and discipline until the end. He may have left this world, but his legend and his accomplishments will live on for generations to come, unprecedented.