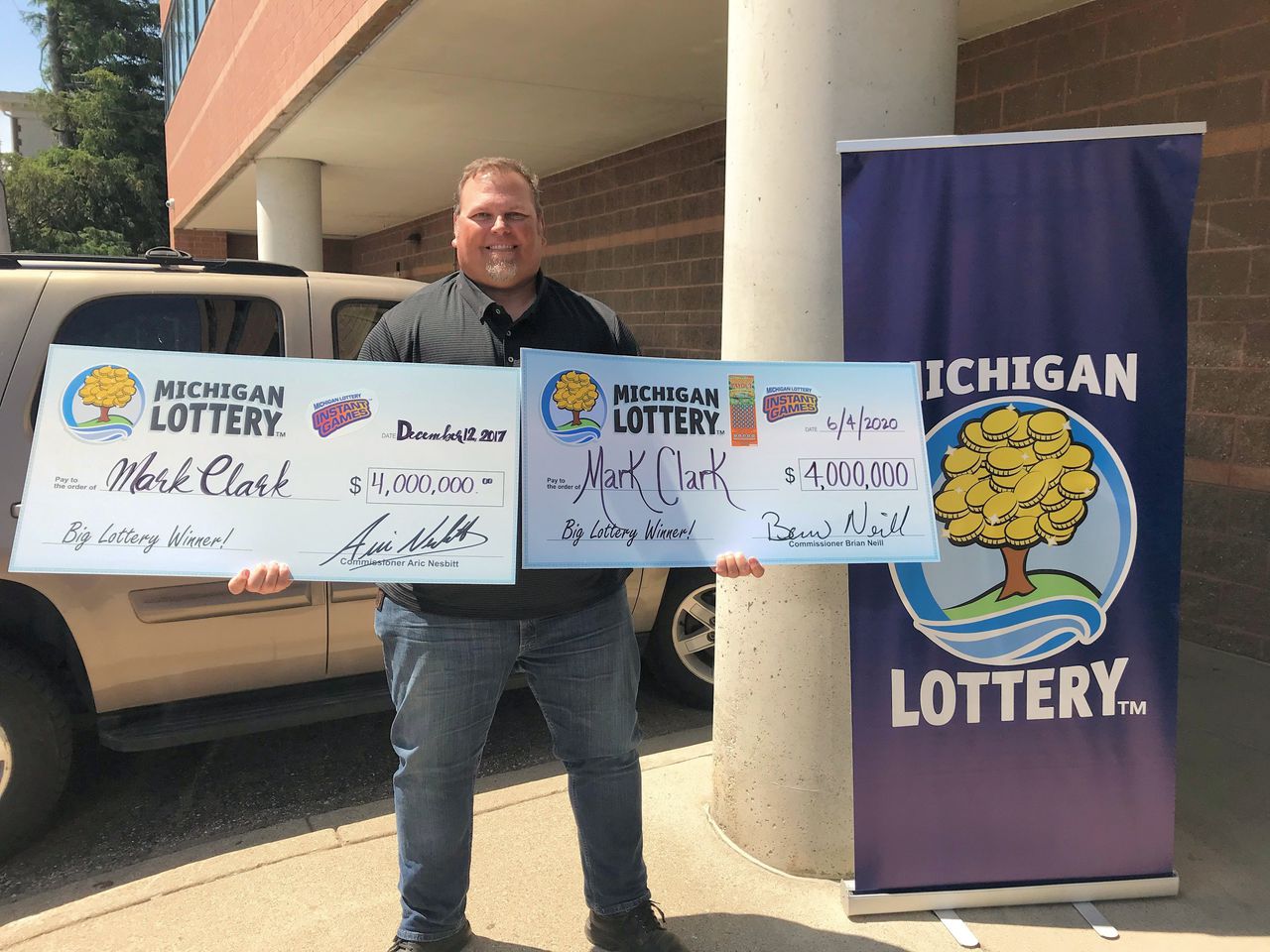 LANSING, MI – A man from Monroe County can’t believe his good fortune after winning a $ 4 million jackpot for the second time in the past three years, Mark Clark, 50, of South Rockwood has won a prize of $ 4 million recently after winning on the instant play $ 150,000,000 payout. This victory follows a victory in December 2017 where he won by playing a different game.

“You don’t think you’ll win millions once, and you certainly never think it would happen twice,” Clark said. “It’s hard to put into words exactly how I feel.”

Clark bought his most recent jackpot winner at the Ash Market, located at 11653 Telegraph Road in Carleton.

He’s not sure exactly why or how he continues to win such big jackpots, but he thinks the most recent win may have been the result of someone taking care of him.

“I scratched the ticket in the store with a coin my dad gave me about 10 years ago,” Clark said. “We lost it about a year ago after some health issues, and I can’t help but think that this lucky coin maybe helped me win that.

“After the first win, I retired from my job and spent a lot of time fishing. My dad and I always used to fish together and have great memories of it so it will help me keep fishing and spending time with my son and family.

With his most recent victory, Clark opted to receive his award as a one-time lump sum payment of $ 2.5 million, rather than the annuity.

“I’ve had a lot of ups and downs in my life, but it’s all pretty amazing right now,” Clark said.

The last Michigan player to win a Mega Millions or Powerball jackpot was Cristy Davis of Waterford who won $ 70 million playing Powerball in February. With her earnings, Davis said she plans to buy a new house and a new car.

And while she was the lucky winner, it makes sense for players to immediately verify their tickets as a million dollar winner sold to Hartland. last year was not claimed. The ticket was purchased at the Speedway in Hartland, but the winner never showed up to claim the prize. Instead, the money went to the State Educational Assistance Fund.

If you want to be the next Michigan player to win a huge lottery prize, take take a look at these tips by lottery expert Richard Lustig. The author of “Learn How to Increase Your Chances of Winning the Lottery” has won over $ 1 million in Florida by hitting the top jackpots in smaller games.

Despite Iranian protesters chanting ‘Death to America’, Qassem Soleimani was a polarizing figure in Iran