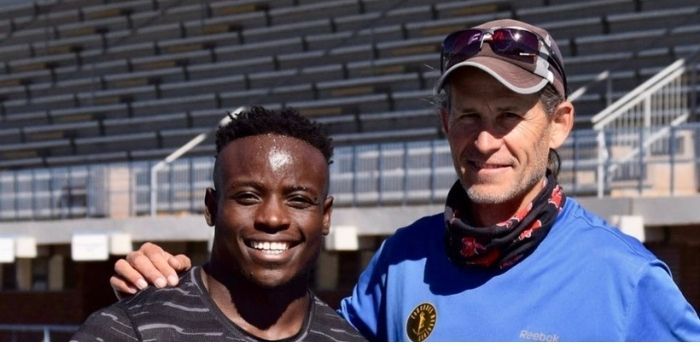 Sensational sprinter Ferdinand Omanyala has broken record after record, but little has been revealed about the man who pushed him to become a celebrity.

To give him the credit it deserves, the fastest man in Africa has decided to reveal details of his top-rated foreign manager, who is also his coach.

On his official social media page on Friday October 1, Omanyala said Marcel Viljoen is the man who pushed him to his limits.

“Despite the many challenges, we have really enjoyed some incredible highlights this year. From an intense training camp in South Africa to the Kenya Athletics Olympic Trials, to Tokyo milestones, European breakthroughs and finally , the big finish at home, giving me the title of the fastest man in Africa! ” he congratulated his manager.

But who is Marcel and why did Omanyala choose him?

Marcel is the founder of Fitness From Africa with over 25 years of coaching experience with successes from 100 meters to marathon.

He is recognized and authorized by the International Association of Athletics Federations (IAAF) as an athlete representative.

Marcel has the fastest time in the 31-minute 10k and has completed nearly 40 standard marathons.

In addition to leading Omanyala, he also represents other athletes such as Jacent Nyamahunge from Uganda and Galaletsang Ramorwa from Russia.

Another running Fitness From Africa, he also runs a number of sports activities in activities in South Africa helping athletes to elevate themselves.

Before Omanyala selected Marcel, he was under coach Duncan Ayiemba before being sanctioned with a 14-month suspension by the Kenya Anti-Doping Agency (ADAK).

Omanyala’s decision to introduce his coach comes just days after the sponsors were withdrawn.

Sports management company DBA Africa decided to terminate the contract with the athlete due to the different sets of values ​​represented by each faction.

“We are proud to have played a huge role in allowing him to compete across the continent which has allowed him to reach four qualifying times for the Tokyo Olympics and achieve numerous national records and personal bests. “, can we read in the press release.

Despite the double defeat, Omanyala remained silent about his next move.

LaMelo Ball teams up with Roc Nation for a special scholarship

No forest management, a recipe for disaster | News, Sports, Jobs