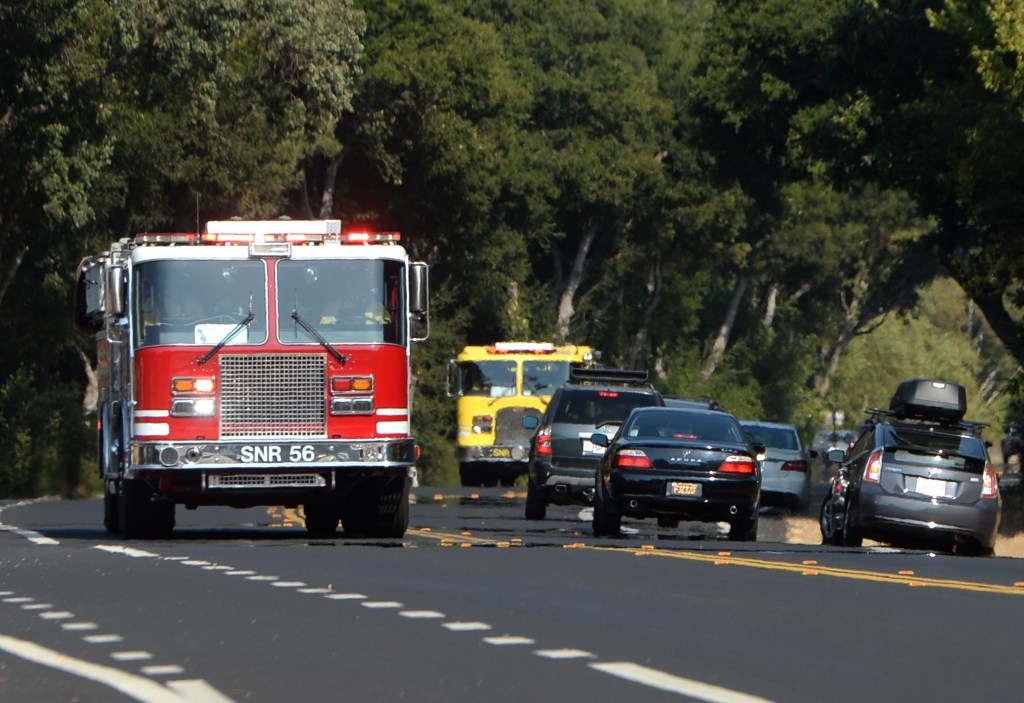 A water shortage, dry conditions and the occasional blanket of drift smoke over Marin County are a reminder that the fire danger looms.

Mark Brown, executive director of the Marin Wildfire Prevention Authority, said that is why authorities in Marin have launched an interactive mapping tool to help evacuate residents in the event of a disaster.

The map divides the neighborhoods into different zones. Authorities are campaigning for residents to “know your area” and become familiar with the map and its features.

The cloud-based mapping app, Zonehaven, is the same tool used to provide evacuation instructions during the CZU Lightning Complex fires last year and the Dixie blaze over the summer.

“The threat of fire is very real,” Brown said. “If you look at where the fires in California were, the type of climate, the type of terrain, the type of fuel, that matches what we have here in Marin County. The CZU Lightning is an example. We are only one ignition away.

Residents can access the map at emergency.marincounty.org. Users can click the drop-down menu on the evacuation tab and enter their addresses to view their area. This is where evacuation instructions will be issued.

“With the increasing number and intensity of wildfires, knowing your area today means extra preparation for an unfortunate evacuation,” Crocker said.

However, Zonehaven does not replace AlertMarin.org or Nixle. Residents are still encouraged to sign up for these two emergency alert systems used by law enforcement and firefighters, Marin County Sheriff Sgt. Brenton Schneider.

The map is a static display of each area until there is an emergency, Schneider said. When a fire occurs, the algorithm will take into account the origin of the fire, the geography, the population of neighboring areas, the number of structures, real-time and historical traffic patterns and other data to provide evacuation instructions specific to the area, updated incident and possible shelter options.

“Zonehaven basically streamlines the evacuation procedure for us,” Schneider said. “It will take into account choke points, traffic loads and road types, and all of that data will give us the best output depending on where the threat is.”

Evacuation status is color coded. White is designated when there is no threat; purple indicates an order to stay inside; yellow is an evacuation warning; red is an evacuation order; and green calls for residents to return home.

Schneider said the system can also simulate the progress of a fire, providing models of one hour, two hours and five hours and beyond what one would expect based on winds and other conditions.

“This will help illuminate the sequence of the evacuation area,” Schneider said. “It’s smart software for evaluating how to evacuate people so that they have more time to exit.”

Tom Welch, deputy chief of the Mill Valley and Southern Marin fire departments, said it was good that neighboring counties were also subscribed to the Zonehaven system.

“When a fire threat crosses county lines, it’s helpful to be able to see what orders are being given right next to it,” he said. “It gives us a big picture of what’s going on and where emergency personnel need to be to help evacuate residents safely. “

Brown said officials will always strive to encourage homeowners to create defensible space around their homes and remove fire-prone plants. Firefighters will continue to create firewalls in open spaces, which Brown says will help firefighters better control the spread of a fire.

Jeff Leh, fire mitigation specialist for the Kent Woodlands Home Owners Association, said he was happy the app was available.

“Anything an agency or government can do to facilitate an evacuation is essential,” he said. “Ultimately, as we’ve seen in other fires, evacuations will come down to neighbors helping neighbors and having a plan. But it’s a great tool.

The initial cost of the Zonehaven partnership was $ 108,750. The annual subscription fee is $ 71,250, which is covered by Measure C funds, Brown said.

Belvedere and Tiburon, who are not members of the Forest Fire Authority, share a contribution of $ 7,250.

9 nuns from the Quebec convent die of Covid-19

How government agencies can better use data to make decisions