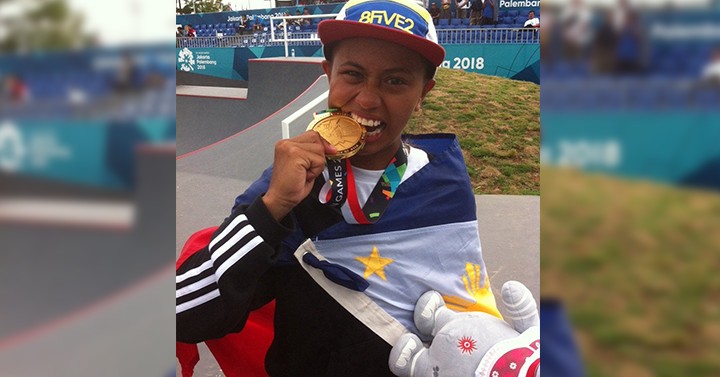 MANILA – Skater Margielyn Didal became the 10th Filipino athlete to qualify for the Tokyo Olympics after World Skate, the international sports association for skateboarding and other roller sports, released the latest world rankings.

Didal maintained her 13th place ranking in the street women category despite missing a place for the final of the Street World Championships in Rome last week, well below the Top 20.

The Skateboarding and Roller Sports Association of the Philippines or simply Skate Pilipinas was the first to announce the news on Saturday after Didal’s passage in the semi-finals of this event.

The reigning Southeast Asian Games (SEA) champion is the only woman from the Asean region to immediately qualify for the women’s street tournament of the first Olympic skateboarding event across the rankings global.

Didal will also have stiff competition from Brazil with Pamela Rosa and Rayssa Leal, the two best female street skaters at the moment, as well as world number four Leticia Bufoni.

Barring sudden adjustments due to the fact that Japan is currently experiencing an upsurge in 2019 coronavirus disease cases, the Olympic street skateboarding event is scheduled for July 25-26. (ANP)