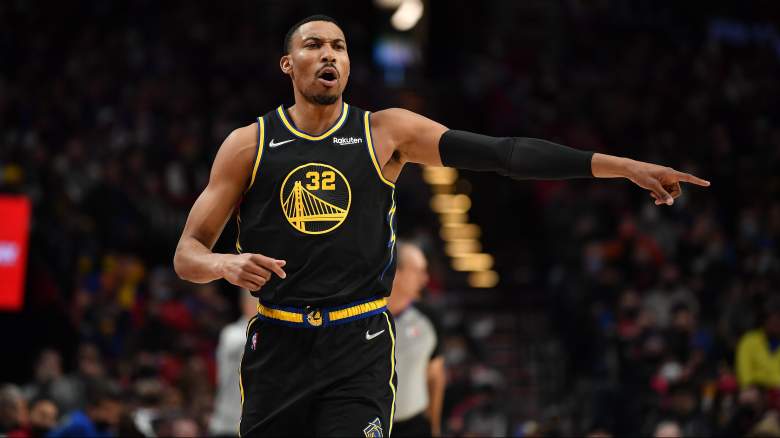 Otto Porter Jr. reacts to a play in a Golden State Warriors game.

As the peak of a fourth NBA title in the last eight seasons begins to fade, the Golden State Warriors will face sobering decisions this offseason on how to divide their very limited money among a number of key free agents.

This list includes the team’s big handyman, Otto Porter Jr., who has expressed a desire to stay with Golden State but could demand a higher salary than is available for a team already immersed in the luxury tax. . Days after the team defeated the Boston Celtics in Game 6 to close out the NBA Finals, Porter opened up about his free agency plans.

In a season-ending interview, Porter said he wanted to return to Golden State to defend the title he helped the team win.

“I know this team can compete for another championship again and it would be a great opportunity if I could stay here,” Porter said. “It would be amazing to be here with this group of guys again and do it again.”

Porter played a big role in bringing the Warriors title home, moving up the rotation to take Kevon Looney’s place in the starting lineup for the final three games of the NBA Finals. For the season, he averaged 8.2 points per game, hitting 37% of his 3-pointers while grabbing 5.7 rebounds per game.

Did the feeling of winning a championship live up to Otto Porter Jr.’s expectations?

“Yeah, multiplied by 100…the best experience of my life.” pic.twitter.com/YKtthb6rZD

Bringing him back for another season, however, could present a challenge. As the San Francisco Chronicle CJ Holmes noted that the Warriors got a steal by signing Porter last August and may only be able to bring him back if Porter is willing to take a big discount.

“Unrestricted free agent Otto Porter Jr. played on a veteran minimum contract last season and exceeded his value by a mile,” Holmes wrote. “Because of his non-Bird rights and Golden State’s ridiculous tax bill, the starting salary he can offer Porter this offseason is extremely limited.”

The Warriors will have a lot of decisions to make beyond Porter. After landing No. 15 on the roster last season, defensive scorer Gary Payton II is heading to unrestricted free agency and likely the contract of his life. Payton has spent the past six seasons on the brink of the NBA, bouncing back and spending long stretches in the G League, but has been a big part of the Warriors’ rotation this season.

As reported by Holmes, Payton told reporters he was looking to sign a multi-year contract, an opportunity that probably seemed out of reach before this season.

“I think I can choose this time, so it’s going to be interesting,” he said. “I can not wait to be there.”

Like Porter, other free agents have expressed a desire to return to the reserved team as first favorite to win the 2023 NBA title. Kevon Looney, who has played in every regular season and playoff game this season, said he too wants to return.

After playing 104 games in total this season and a LOT of partying over the past two days, Kevon Looney is finally tired 😂 pic.twitter.com/z0AUkoPHHr

“I always want to be back here” looney said. “I want to come back and try to defend what we just won and be part of something special again.”

The Special Ks, Nick Kyrgios and Thanasi Kokkinakis, back in action at Wimbledon