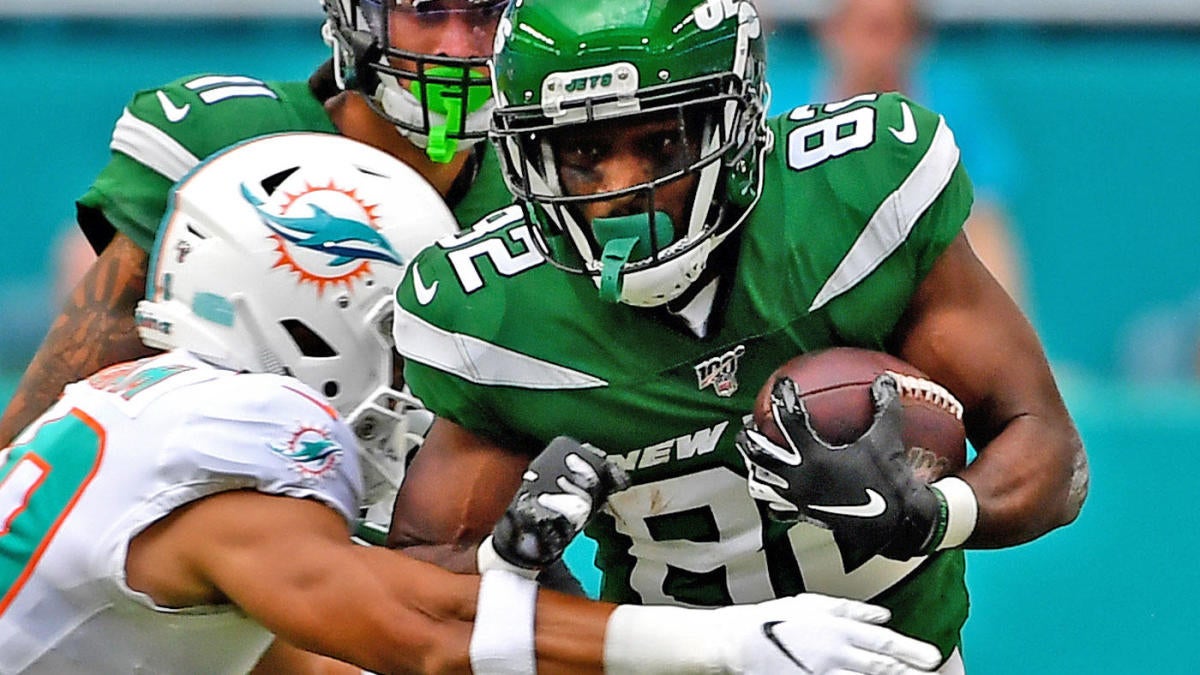 New York Jets wide receiver Jamison Crowder has been out of the OTAs, and first-year head coach Robert Saleh revealed on Friday it was due to a contract issue. According to Spotrac, Crowder is expected to earn a base salary of $ 10 million (unsecured), while carrying a cap of $ 11,352,932 and a dead cap value of $ 1 million. Saleh wasn’t specific on what the Jets and Crowder were working on in regards to his contract, but he seemed confident the issue would be resolved soon.

“So Jamison obviously he’s working on stuff with (his) contract with (GM) Joe (Douglas) and his staff and (his) agent and stuff,” Saleh said, via NFL.com. “Very confident in bringing Jamison here quickly, and when we do, he definitely has a role for this team.”

Crowder is entering the final year of the three-year contract he signed with New York in 2019, and it has been one of the only bright spots in the Jets’ offense. Crowder led the Jets in receptions in his two years, catching a total of 137 passes for 1,532 yards and 12 touchdowns in 28 games played for “Gang Green”. With his number of caps so high, it’s safe to assume that Crowder is likely asked to restructure his deal.

The Jets have completely revamped the receiver’s position this offseason as they signed Corey Davis and Keelan Cole in free agency and also drafted Elijah Moore on Ole Miss in the second round of the 2021 NFL Draft. players, Denzel Mims could play a bigger role in the passing game after missing seven games in his rookie season.

With legitimate depth to the position, the question could be asked whether the Jets even need Crowder. CBS Sports NFL writer Chris Trapasso also identified Crowder as a potentially veteran on the chopping block. However, Saleh said on Friday that he still believed there was a role for Crowder in New York City.

“Absolutely,” Saleh said. “Jamison definitely has a role here, and we’re so excited to have him.”

The offseason ‘plans’ are cool, but the Bulls aren’t alone in the East