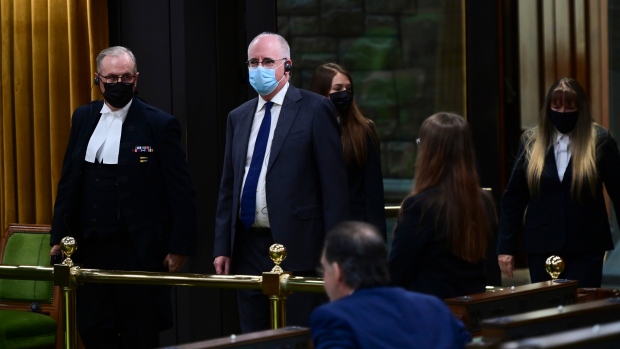 OTTAWA – There’s a new boss coming to the Public Health Agency of Canada because Iain Stewart, the president who was reprimanded by MPs in June, is out after a year in office.

Prime Minister Justin Trudeau thanked Stewart for his “leadership in the successful implementation of the COVID-19 vaccine deployment”, and said he would return to his previous position as president of the National Research Council from Canada.

Dr. Harpreet S. Kochhar, who is currently Associate Deputy Minister of Health, will replace him as the new president of PHAC effective October 12.

The move is part of a series of changes to the upper echelons of the federal public service announced on Friday afternoon.

Stewart, a long-time senior official, took office in September 2020 following the resignation of his predecessor. Stewart took on the new post just as the country prepared for the second wave of the COVID-19 pandemic and oversaw the agency as she led the nationwide vaccine rollout.

During his 12 months in this position, he was toasted by MPs on several occasions while testifying before the House of Commons Health Committee.

His refusal – citing legal and confidentiality restrictions – to hand over the unredacted documents requested by MPs regarding the firing of two scientists from Canada’s highest security laboratory saw Stewart receive an extraordinarily rare and controversial public warning from the President of the House of Commons on June 21.

Stewart was responsible for PHAC when Major General. Dany Fortin was removed from his post as logistics manager for the national COVID-19 vaccine distribution effort in May. Details of his dismissal continue to leak in court, as part of Fortin’s continued challenge to his dismissal.