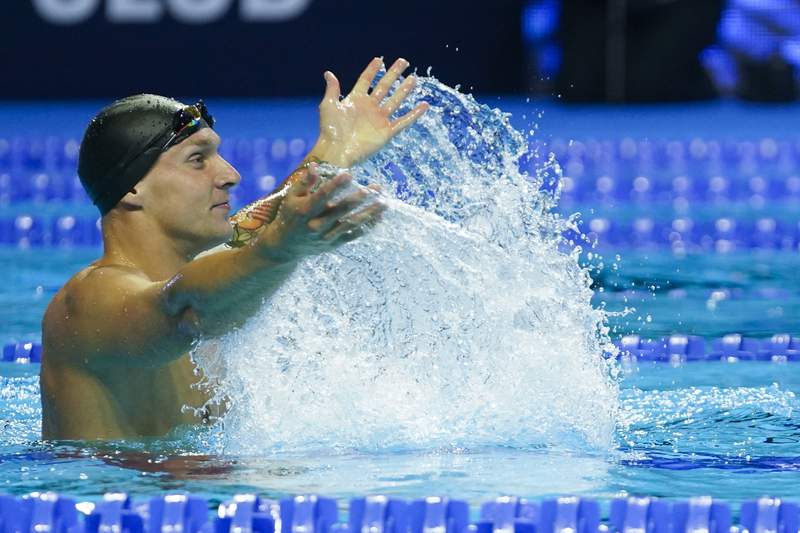 How local athletes performed in the U.S. team swim trials

JACKSONVILLE, Florida – The US swim trials are on the books and the results are there.

Two local athletes, Caeleb Dressel of Clay High and Ryan Murphy of Bolles, have qualified for next month’s Olympics in Tokyo. Ten other local swimmers have gained the experience of competing at the highest level in the country over the past eight days.

Dressel qualified for the Olympics in three events, the 50 and 100 freestyle as well as the 100 butterfly. Murphy qualified for the 100 and 200 backstroke. He is the reigning Olympic champion in these events. These two will undoubtedly end up in relay teams, although these formations will not be finalized until later.

Another local swimmer who performed in the trials was Mandarin graduate Kensey McMahon. She narrowly missed qualifying for the finals in the 400 freestyle with a 10th place and the 800 freestyle taking ninth place. McMahon reached the final in the 1,500 freestyle and was eighth.

A look at how all the swimmers in the area performed in their events during the eight-day trials.

Caeleb Dressel, Clay, 200 freestyle, was second in the heats with a personal best 1: 46.63 but pulled out of the semifinals to focus on the other five events he qualified for.

Kensey McMahon, mandarin, 1500 freestyle, continued his strong trials with eighth place in the 1500 freestyle (16: 16.09) to advance to Wednesday night’s final.

Ryan Murphy, Bolles, 200 backstroke won his semifinal in 1: 55.60 and advanced to Friday’s final.

Ryan Murphy, Bolles, eliminated the 100 butterfly but won the 200 backstroke in 1: 54.20 to qualify for the Olympics.

Caeleb Dressel, Clay High, won the 100 butterfly clocking 49.87 to qualify for the Olympics; swam a 21.51 in the 50 free semi-finals to advance to Sunday’s final.

Caeleb Dressel, Clay High, 50 freestyle, won the event in 21.04, setting the US record in his last trials event.

Return of athletes could facilitate travel for vaccinated Australians