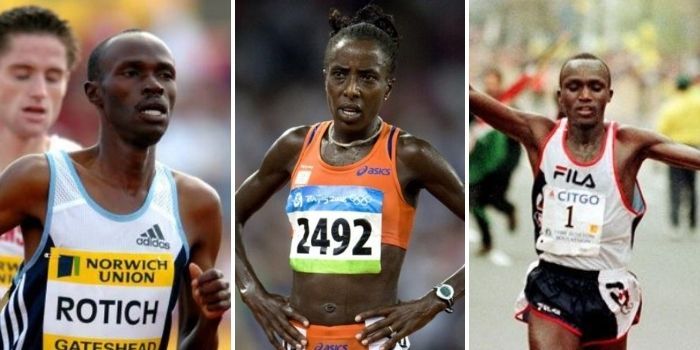 It’s no secret that athletes pocket millions of shillings after winning medals at famous world events. The athletes are congratulated for putting Kenya on the map of the sports industry.

However, in some cases a number of athletes have been profiled for wasting their income and later living a life of destitution. Nonetheless, in other cases, some athletes put their money to good use and invest in high-rise buildings and posh estates. Kenyans.co.ke take a look at seven athletes who have benefited from their art.

Veteran athlete Lorna Kiplagat is a renowned long distance runner having won gold in various events such as Tilburg in 2005, Debrecen in 2006, Udine in 2007 and Rio de Janeiro in 2008.

An image of the High Altitude Training Center (HATC), located in the town of Eldoret, owned by Lornah Kiplagat.

In addition, the British Athletics organize winter training camps at the center.

He has competed in various races such as the Commonwealth Games, African Championships and World Indoor Championships where he won gold and silver medals.

Former Amsterdam Marathon winner Fred Kiprop is a renowned long-distance runner who was active in the 1990s. The races he competed in and won include the Gold Coast Marathons in 1997 and 1999.

The athlete owns Kirem Arcade, which is home to a number of local banks in Eldoret.

Three-time world champion in the 3000m steeplechase and former world record holder, Kiptanui made history by becoming the first man to run the steeplechase in less than eight minutes, setting a new world record.

After retiring from athletics, Kiptanui established Maison Utamaduni in Eldoret. In addition, he created the Komora Center in Eldoret and the Komora Estate in Nairobi.

Tanui is a two-time winner of the Boston Marathon and is hailed for his worldwide achievement: he became the first man in the world to run the half marathon in less than an hour.

Daniel Kipng’etich Komen holds the 3000 meter indoor record. He currently owns a private school, Potters House Academy, in the town of Eldoret, among other investments.

Arguably one of the best Kenyan athletes to lace up a pair of boots, Kipchoge Keino needs no introduction. The athlete has competed in local and international events, placing himself among Mount Rushmore of elite athletes.

In addition, he established the Kip Keino Sports House in Eldoretto with the aim of developing and inspiring other athletes to come into their profession.

Kipchoge Keino at the 1968 Olympic Games in Mexico City.