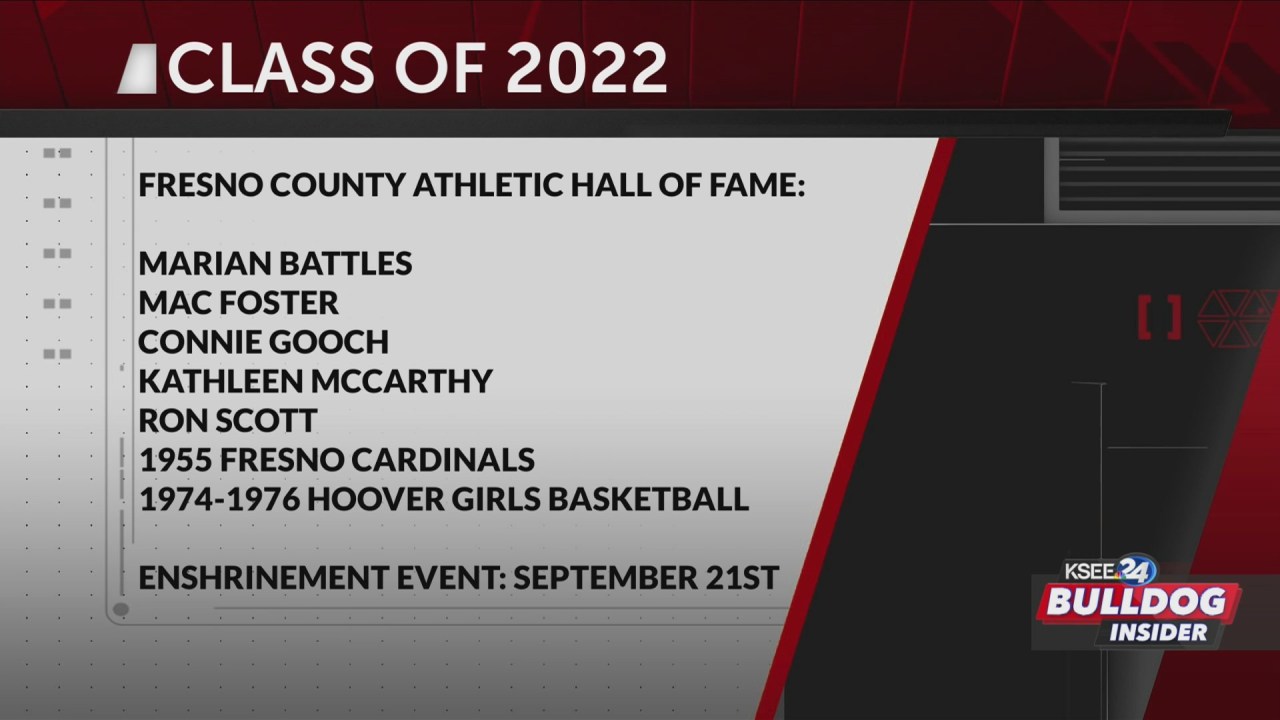 FRESNO, Calif. (KSEE) – The Fresno County Athletic Hall of Fame (FCAHOF) is pleased to announce the following individuals and teams who have been selected for inductance in 2022:

The Class of 2022 will be officially inducted into the Fresno County Athletic Hall of Fame on Wednesday, September 21, at the hall’s brand new home inside the Save Mart Center.

“We are thrilled to welcome these athletes to the Fresno County Sports Hall of Fame,” said President Gena Strang-Behrens. “And we’re also looking forward to showing the Valley our new home, a project we’ve been working on for several years. The night of September 21 will be a win-win for everyone.

Marian Battles spent 35 years coaching high school volleyball. She coached in Kerman, Yosemite and Buchanan, and when she retired in 2012, she was the second-winningest coach in Central Section history.

Mac Foster will be inducted posthumously, as he died in 2010. Foster, a Washington Union High School graduate, was a professional boxer who won his first 24 fights by knockout. In 1970, he was ranked No. 1 heavyweight in the world.

Connie Gooch was an outstanding basketball player at Hoover High School. A member of the first two sectional championship teams in school history, she went on to play at UNLV, Fresno City and Fresno State as the first woman from Fresno to receive a full college scholarship to play. basketball.

Kathleen McCarthy still holds the women’s course record at the San Joaquin Country Club. A graduate of San Joaquin Memorial High School, she was a three-time first-team All-American at Stanford and has the distinction of being the first golfer to record consecutive eagles at a USGA event.

The 1955 Fresno Cardinals are one of the greatest minor league baseball teams of all time. With a 104-43 record, the Cardinals are the only team in California League history to win 100 games in a season.

Which American athletes are participating today, July 16, in the Oregon22 World Championships in Athletics?