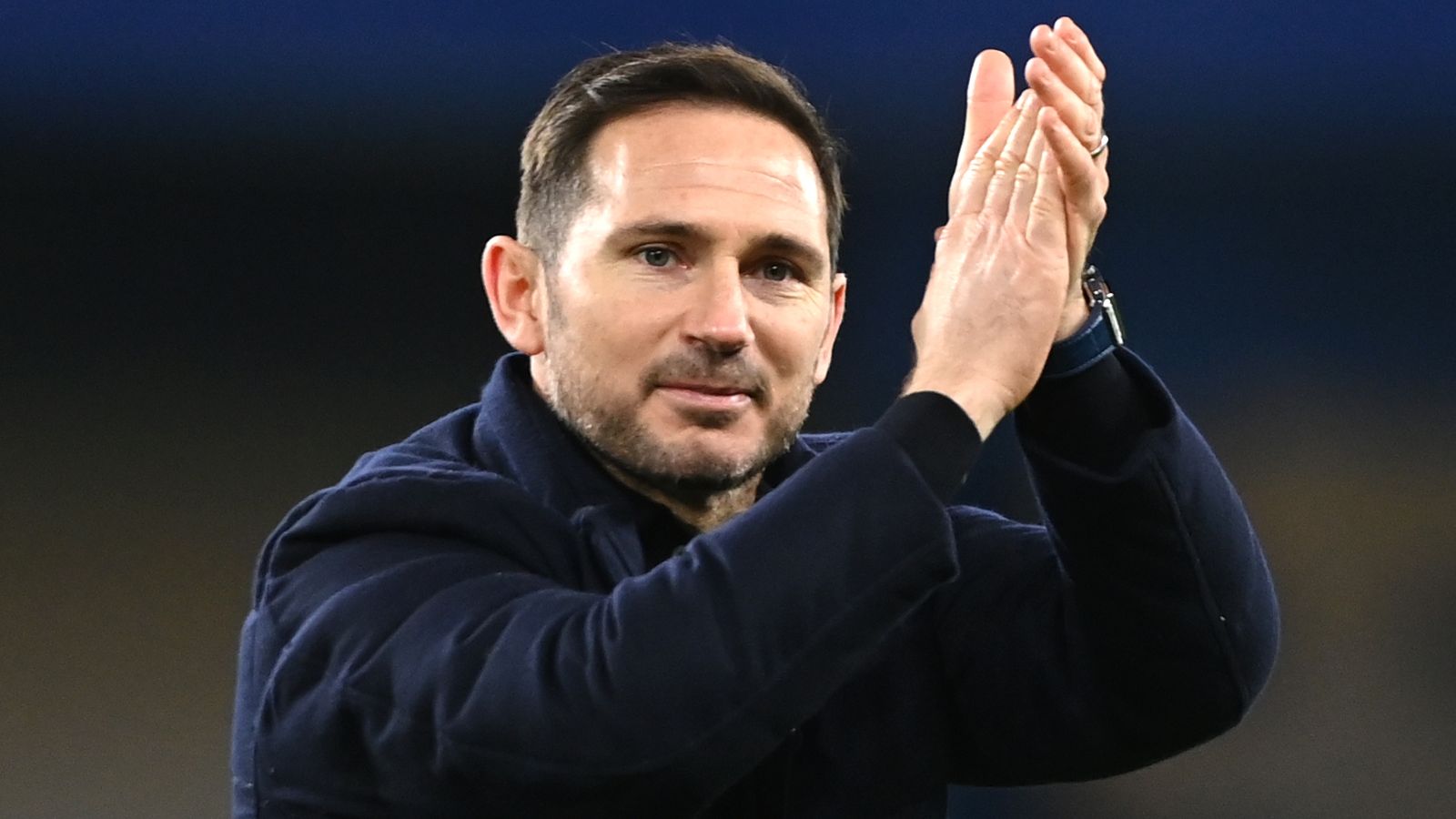 Frank Lampard is the leading contender for Everton manager’s post after talks concluded on Friday, with an announcement expected soon.

Everton held a final round of talks with three candidates to replace Rafa Benitez – Lampard, Vitor Pereira and current caretaker manager Duncan Ferguson – for the vacant manager’s post on Friday.

Everton owner Farhad Moshiri had traveled to London to hold talks with the three candidates.

The club are searching for a successor after Benitez was sacked this month after just 200 days following Everton’s 2-1 defeat at Norwich.

Everton sit 16th in the Premier League and sit just four points above the relegation zone after winning one and drawing three of their last 14 games.

“Lampard has a huge job to do”

“Frank Lampard has all the potential to be a great manager of the future. I think if he accepts the job, if he becomes Everton’s next manager, it will be very exciting, but let’s not underestimate that he would have a huge job on his hands.

Frank Lampard is the favorite to replace Rafa Benitez at Everton and Kaveh Solhekol explains that the former Chelsea boss would have a very difficult job to do at Goodison Park.

“He would have started from the relative stability of Chelsea where Chelsea are owned by Roman Abramovich and run day-to-day by Marina Granovskaia, so it’s a very stable structure and he would end up in a situation at Everton where there are different sorts of factions in charge of the club.

“The fans are very, very upset so he has an important job to do, but of course the first job he has is to make sure Everton stay in the Premier League because by talking to Everton supporters , they say look at the way this season is going, there is a real danger that it will end in relegation.

“The other problem Frank Lampard has if he becomes Everton manager is that the transfer window is about to close. It closes on Monday, he has hardly any time to sign players.

“Everton need reinforcements, especially in midfield. Is there going to be time or has it been said that players will arrive in the next 72 hours? So make no mistake, huge job for Frank Lampard, if, as seems likely, he does become Everton’s next manager.”

Earlier on Friday, former Everton striker Wayne Rooney revealed he had refused to speak with the Toffees about their managerial vacancy because he wanted to stay on as Derby County boss.

Rooney said: “Everton approached my agent and asked me to interview for the vacancy which I declined.

“I believe I’ll be a Premier League manager and I believe I’m 100 per cent ready for that, and if it’s with Everton one day in the future that would be absolutely brilliant. But I have a job here at doing in Derby County, which is important work for me.”

When asked if it was a difficult decision not to speak to Everton, Rooney added: “Yeah of course I did. [think hard about it].

“They contacted my agent and my agent informed the administrators as well. Of course, it was a very difficult decision for me.”

Everton Q&A: Why are the fans protesting?

How are things at Everton?

A 2-1 loss to beleaguered Norwich was the final nail in long-hated manager Benitez’s coffin and came just days after the club allowed France international Lucas Digne to join Aston Villa.

Fan favorite Duncan Ferguson took charge temporarily but failed to lead Everton to a well-deserved win, with Aston Villa winning 1-0 at Goodison Park on Saturday, with Digne providing the assist.

What is the current mood in the fanbase?

Fury fueled by a need for change. Ahead of Saturday’s game, a plane flew over Goodison Park calling for the departure of longtime chairman Bill Kenwright, with the banner reading “22 years of failure, Bill. It’s time to go”.

There was more anger after the final whistle as around 150 fans remained to protest, chanting “Sack the board”, “Bill Kenwright, out of our club” and “We want our club back”.

Frustration has continued to run since then, with a number of supporters gathering outside the Liver Building – where Everton’s trading offices are based – before another protest took place outside on Wednesday evening of Goodison.

Everton fans put up banners against the club’s board while another wrote a graffiti message after it emerged Vitor Pereira had emerged as favorites to succeed Rafa Benitez.

What problems are there at the club?

Everton have no manager, director of football, head of recruitment or head of scouting, and few trust those at the top of the club to make the right decisions and improve things.

The club has been owned by Farhad Moshiri since 2016 and the Iranian businessman certainly cannot be blamed for his financial backing, having already spent over half a billion pounds on transfers since his £200m takeover in 2016.

Last week he committed an extra £100m to the club after increasing his stake to 94 per cent, but he still made the wrong decisions. On Wednesday, fans voiced their objections to potential new manager Vitor Pereira, Kia agent Joorabchian – who reportedly advised Moshiri – and Kenwright.

Follow every Everton game in the Premier League this season with our live blogs on the Sky Sports website and app, and watch match summaries for free shortly after full time.

Get all this and more – including notifications sent straight to your phone – by downloading the Sky Sports Scores app and set Everton as your favorite team.

Hear the best Premier League reaction and expert analysis with the Essential Soccer and Gary Neville podcasts, stay up to date with our dedicated transfer centerfollow the Sky Sports social accounts on Twitter, instagram and Youtubeand find out how get Sky Sports.