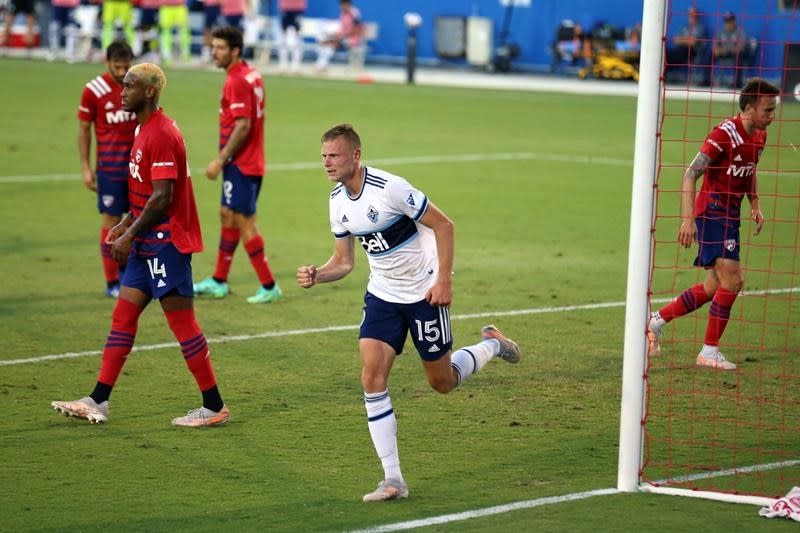 The 31-year-old defender/midfielder spent the last three seasons with the Whitecaps but became a free agent when his contract expired at the end of 2021.

The Australian-born Englishman began his professional career in Seattle after being acquired via a trade in the 2012 MLS Supplemental Draft out of UCLA.

“We are delighted to officially welcome Andy to our club as he embarks on his coaching career,” Sounders head coach Brian Schmetzer said in a statement. “As a player, Andy was very coachable and a well-rounded team player. As a coach now himself, I can’t wait to see him mentor the next generation of players.”

Rose spent four seasons with the Sounders before joining Coventry City in England in 2016 and Motherwell in Scotland in 2017. He made 106 appearances in all competitions for Seattle.

The Whitecaps acquired his Seattle rights in a December 2018 trade that netted the Sounders US$50,000 in general allocation. Rose made the transition from midfield to centre-back with Vancouver, starting 53 of 60 appearances in all competitions.

“His keen sense of football as a player was evident, and we believe he brings a lot of very good qualities to our team,” Sounders chairman and general manager Garth Lagerwey said in a statement. “On top of that, he has a great opportunity to learn from Brian and an incredibly experienced coaching staff.

Rose holds a UEFA A license as well as a UEFA Elite Youth A licence. He also coached Whitecaps FC U-17 team in 2021 in his final year as a player.

This report from The Canadian Press was first published on January 19, 2022