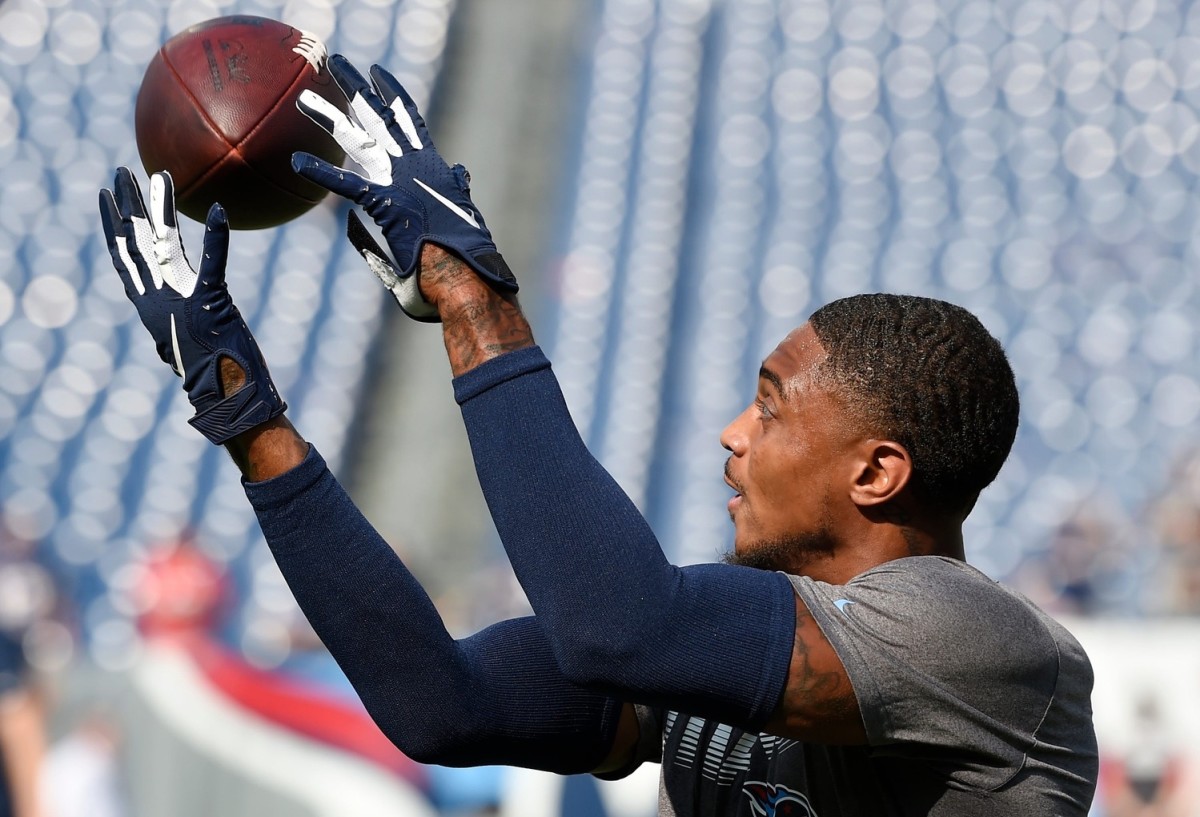 Tajaé Sharpe has found a bit of familiarity with his NFL fourth team.

The former Tennessee Titans wide receiver signed with the Atlanta Falcons on Monday. The movement reunites him with former Titans offensive coordinator Arthur Smith, who is now the Falcons Head Coach.

Sharpe had been a free agent for a week after the Kansas City Chiefs released him.

A fifth-round pick by Tennessee in 2016, Sharpe has 92 career receptions for 1,167 yards and eight touchdowns – all with the Titans. He set career highs with four touchdown catches and an average of 13.2 yards per reception in 2019, his last season with Tennessee and his only one with Smith calling the plays.

He spent time in 2020 with Kansas City and Minnesota, but only appeared in four games, all with the Vikings, and failed to catch a pass.

The Falcons had one of the NFL’s most productive passing offenses of 2020, led by wide receivers Julio Jones, Calvin Ridley and Russell Gage, who all had over 50 receptions.

Jones, however, requested a trade, and team officials have said they are ready. receive offers for him. Sharpe provides another veteran presence for this group – and familiarity with the program – in case a deal is struck.

Smith is the second former Titans player Atlanta has added in recent weeks. May 13, a few days later Tennessee freed him, tight winger Parker Hesse signed with the Falcons. Hesse is a converted defensive end who spent two full seasons on the Titans’ training squad. He has never been added to the active roster or appeared in an NFL game.

What is the next step after another exit of the first round?