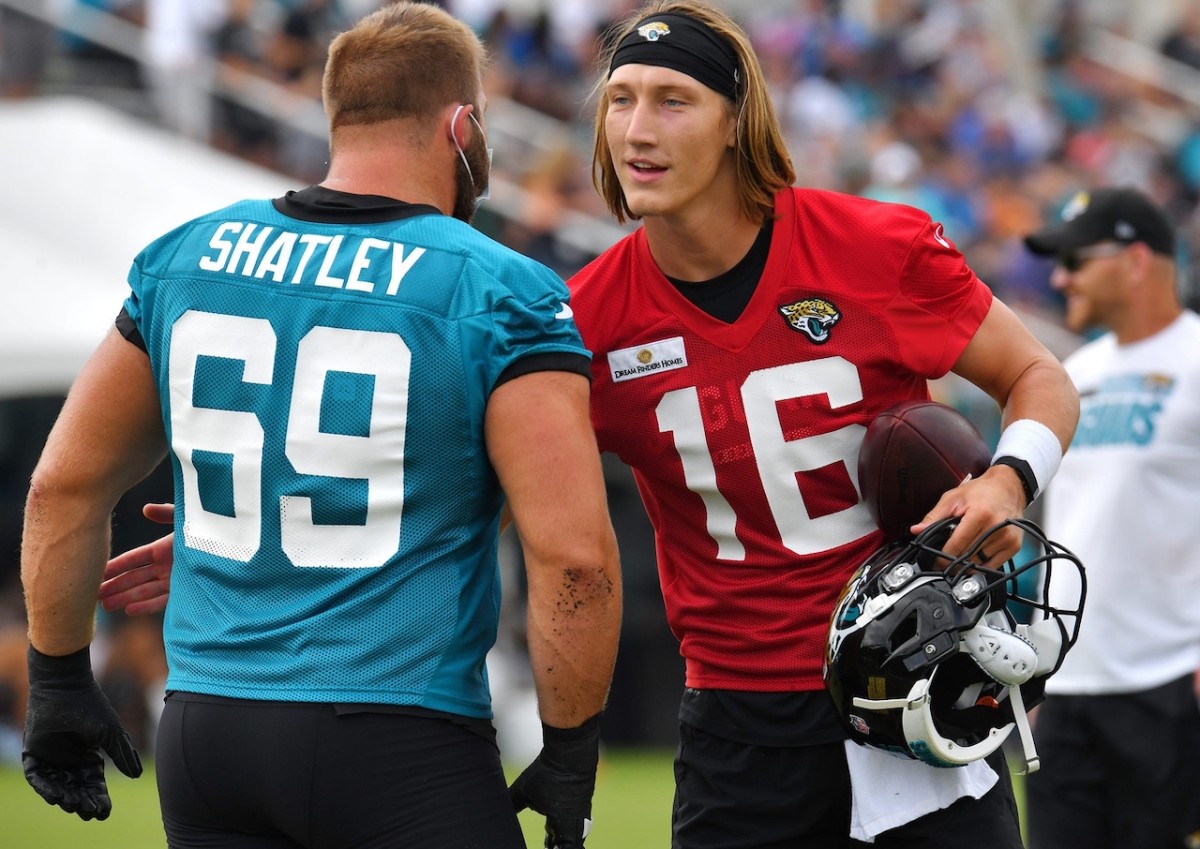 The Jacksonville Jaguars announced Monday that the franchise has extended Shatley’s contract before he becomes a free agent next month. According to NFL.com’s Tom Pelissero, the two-year deal is worth up to $6.8 million with $2.35 million guaranteed.

Shatley, who played at Clemson from 2010 to 2013, has been with the Jaguars since signing with them as a free agent out of college in 2014. Shatley has primarily been a backup and had been under one-year contract in the last three years. . He has started 18 games over the past two seasons. Shatley earned $2 million in 2021 and was expected to hit the market this offseason.

His versatility at center and guard is the main reason the Jags have made his return a priority under new coach Doug Pederson. Shatley played in all 17 games, starting eight, during Lawrence’s rookie season.

It’s been a tough year for an offensive line that has struggled to stay healthy and protect Lawrence, who was a star at Clemson before becoming the No. 1 overall pick in the 2021 NFL Draft.

Shatley began his Clemson career as a fullback before playing on the defensive line and offensive line. He played 51 career games with the Tigers and made 27 starts. Shatley was team captain in 2013 and received All-ACC Third Team honors.

Want to participate in the discussion? 100% FREE! Interact with other Tiger fans and hear directly from Editor Zach Lentz, Associate Editor Brad Senkiw, Recruiting Analyst Jason Priester, and Writer Will Vandervort on any topic. Click here to become a member of the ALL CLEMSON message board community today!