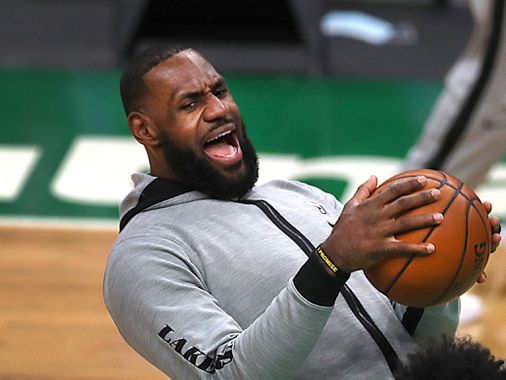 The ties between LeBron James and Boston-based Fenway Sports Group could be about to grow even stronger.

An investment consortium that includes RedBird Capital Partners, Nike and FSG is in talks about a large investment in SpringHill Company from James and his business partner Maverick Carter, according to a source familiar with the discussions.

The deal would represent a departure from previous decisions by FSG, which bought sports properties like the Red Sox, Liverpool Football Club and Roush Fenway Racing or, more recently, launched real estate projects adjacent to and on plots surrounding Fenway Park.

In March, James and Carter became partners at Fenway Sports Group after previously owning a stake in Liverpool.

Wachter is also the financial advisor to FSG chairman Tom Werner, who joined the SpringHill Entertainment board last year.

James, the NBA superstar and entrepreneur, has a lifetime contract with Nike, the world’s leading footwear and apparel company.

SpringHill Company, named after the Akron, Ohio apartment complex that James and his mother moved into when he was in sixth grade, includes entertainment content producer SpringHill Entertainment (“Space Jam: A New Legacy” ), The Uninterrupted, an athlete-centric storytelling and merchandise platform, as well as branding consulting and event production services.

RedBird, run by Gerry Cardinale, owns the Toulouse Football Club in France and, along with movie star Dwayne “The Rock” Johnson and Dany Garcia, is the originator of the XFL football league, which is slated to launch in 2023. RedBird also owns a stake in Wasserman, a leading sports and entertainment agency.

Variety said the consortium’s new investment would value SpringHill between $ 650 million and $ 700 million.

RedBird Capital invested $ 750 million in FSG this spring, making it the third largest shareholder after Henry and Werner.