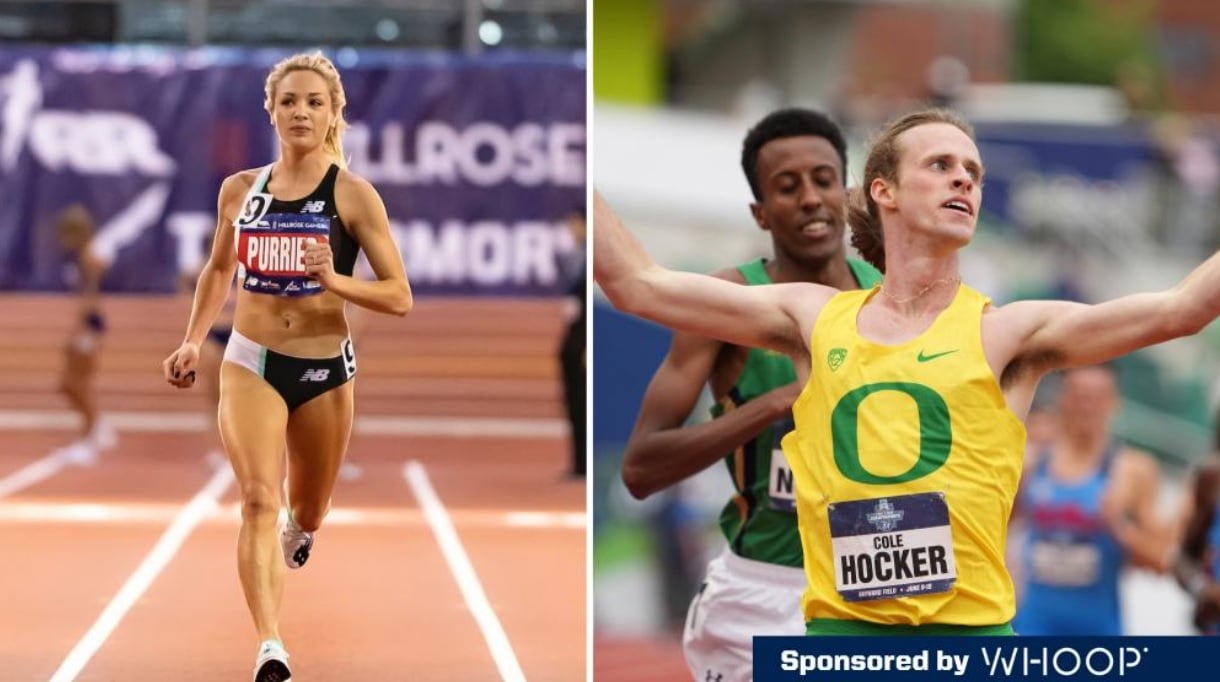 NEW YORK (November 19) – Elinor Purrier St. Pierre and Cole Hocker, the 2021 US Olympic Trials 1500m champions, are the first athletes to be announced for the WHOOP Wanamaker Mile at the 2022 Millrose Games scheduled for Saturday 29 January. at the Armory’s New Balance Track and Field Center. Purrier St. Pierre is both the defending event champion and record holder, while Hocker will make his Wanamaker and Millrose Games debut.

Purrier St. Pierre, who represents New Balance, put in a stunning performance in the Wanamaker in February 2020, in the final race. In an exciting battle on the final lap with Germany’s Konstanze Klosterhalfen and Scotland’s Jemma Reekie, Purrier St. Pierre clocked a time of 4: 16.85, the second best indoor time in history and the fastest never done on American soil.

The article continues under the player

“I knew it was going to be a fast pace and I would kick as hard as I can,” Purrier St. Pierre told Race Results Weekly after the 2020 race. “The penultimate lap I started out on. I got a little more confident and I was like, ‘OK, I don’t feel totally out of myself, I’m going to try to take a step.’ “

Hocker, who turned pro with Nike right after the Tokyo Olympics, has never competed in the Armory. Nonetheless, he is a gifted indoor runner and has a personal indoor mile record of 3: 50.55, making him the fourth fastest American indoor ever. Like Purrier St. Pierre, Hocker was an Olympic finalist and he finished sixth in Tokyo in 3: 31.40, the fastest 1,500m ever run by an American at the Olympics.

“What started as a dream has now come true,” Hocker wrote on Instagram after winning the Olympic Trials in the United States. “Honored to represent the US team at the Tokyo Olympics. “

As the New York Road Runners stepped down as both title sponsor of the competition and sponsor of the Wanamaker Mile, WHOOP stepped in to support the event. WHOOP is a 24/7 personalized digital health and fitness coach. The company says its body sensor and connected app “help people unleash their inner potential and make meaningful lifestyle changes with actionable insights into sleep, recovery and exertion.”

During and after the race, WHOOP will collect and display relevant data on the athletes running in the Wanamaker. Some data will be displayed in real time.

“The Millrose Games are a great place to showcase the different ways WHOOP can help some of the world’s most elite athletes to optimize their performance,” said John Sullivan, senior vice president of marketing for WHOOP. “Fans will also be able to experience this historic event like never before with new competitor information being broadcast via WHOOP Live.”

The Millrose 2022 Games, which are part of the World Athletics Indoor Tour, will be held for the 114th time in 2022. The event was canceled in 2021 due to the pandemic when The Armory was transformed into a mass vaccination center.

“With the great success and performance of the athletes at the Tokyo Olympics, we hope to host the biggest Millrose Games to date at The Armory,” said meet director Ray Flynn, whose company Flynn Sports Management also represents. Purrier St. Pierre and Hocker.

Karim Adeyemi, the name in fashion at Can Barça